Four stories, set in different parts of India, showcase the various romantic entanglements of couples whose relationships try to weather different storms, from neglect to affairs. The episodes have been directed by filmmakers Pradeep Sarkar, Priyadarshan, Aniruddha Roy Chowdhury and Mahesh Manjrekar who each give their own spin on the title, but the end result is not impressive.

Forbidden Love opens in Kolkata with Arranged Marriage directed by Pradeep Sarkar. The insipid tale revolves around a gay couple Dev (Ali Fazal) and Neel (Omkar Kapoor) whose relationship is firmly in the closet. When Neel’s mother insists on him settling down, he agrees to an arranged marriage with Dev’s sheltered cousin Keya (Patralekha).

The story goes downhill after their marriage, which is a terrible decision on Neel’s part. Keya, who has had an enmity with Dev since childhood, obviously feels rejected. She visits a brothel and later a controversial psychiatrist, Dr Harold Fernandez (Dhritiman Chatterjee), to fix her marriage.

The entire story just feels regressive and ends bizarrely with references from the judgment that read down section 377 of the Indian Penal Code which had criminalized homosexuality. The cast, too, seems to be just going through the motions. 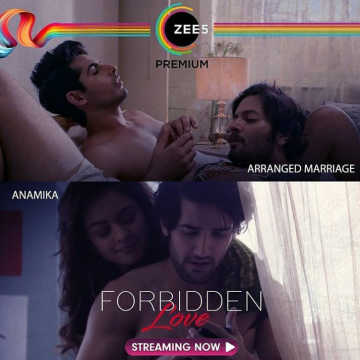 Priyadarshan’s Anamika moves to Pondicherry, where the neglected housewife Anamika (Pooja Kumar) falls for the younger Ishan (Aditya Seal) whom she meets by chance at a bakery. Her husband, played by Harsh Chhaya, has no time for her, and she is lonely and frustrated.

When her affair with Ishan deepens, so does her hope for happiness. She decides to leave her life and husband behind, until a twist in the tale appears that lands like a bombshell. While the acting in Anamika is uneven, the shocking and unpredictable twist saves the tale. Pooja Kumar captures the heart of the story as a woman wanting out from the dull routine of her life.

Aniruddha Roy Chowdhury’s Rules Of The Game, featuring Aahana Kumra and Chandan Roy Sanyal, is the best of the lot. The leads play a married couple in Mumbai, Priya and Gaurav, who fall into a groove in life.

While Gaurav is much more practical, Priya is fond of playing games and is constantly looking to add a bit of risk and excitement to her life. She even resorts to playing streetside betting games for fun. To spice up their lives, the couple decides to bring in some excitement, but Priya takes it to another level, without thinking of the consequences.

Roy Chowdhury’s short is the most nuanced of the series, and shows its deeply conflicted characters, warts and all. Kumra is both captivating and effective as the bored Priya, who needs to be constantly entertained. Sanyal, as her devoted husband, is also impressive. 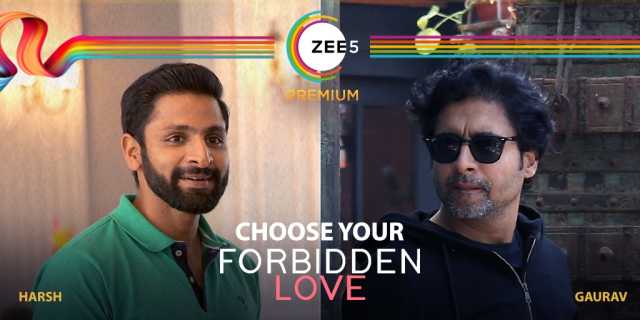 As Vaibhav grows suspicious of Sudha and Harsh’s closeness, he enlists the help of a friend, Aditya (Rannvijay Singh), who happens to be a police officer. The characters and story move in predictable ways. If Diagnosis Of Love were a feature, it could have been developed properly. The constraints of a short mean that the narrative moves much faster that it should have.

Forbidden Love as a whole feels disjointed and probably needed a stronger theme linking the films together.