Flesh review: Sexual repression works as expression of power in this series with disturbing content

While for the most part the series concentrates on the power politics of human trafficking, in the end it comes down to a story of personal vengeance.

The Eros Now original web-series Flesh, directed by Danish Aslam, portrays the horrific reality of human trafficking and the flesh trade in a graphic manner. Women are the worst victims of the barbaric trade, but in the series they are also the ones who exact vengeance. Some of them take charge and show what feminine power can culminate in if repressed instead of being nurtured for good.

The series has two parallel narratives, including one from the past that reveals its connection with the present at the climax. ACP Radha (Swara Bhasker) begins an investigation as Zoya Gupta (Mahima Makwana) goes missing from a family wedding. The incident unfolds in Mumbai but the flesh trade network extends to Kolkata.

The series shows how the trafficked women simply turn into commodities. They are not only tortured, but are also subjected to acute barbarity because of the complex power politics of the trade. Often the girls, abducted to be sex slaves, do not even know they are being raped only because the criminal wants to show his power to his rivals.

With the narrative of Zoya, another story of two kids, Rajji and Raju, who are abducted by Simon (Rahul Dutta) and Jayant (Kavin Dave) along with a few others, begins to unravel. These kids are exposed to violence to such a degree that they eventually revel in cruelly murdering one of the offenders.

Maybe the disturbing visuals represent reality, but in the web-series, the elderly characters, who want to severely punish the offenders, do not once express concern at children being exposed to such violence. 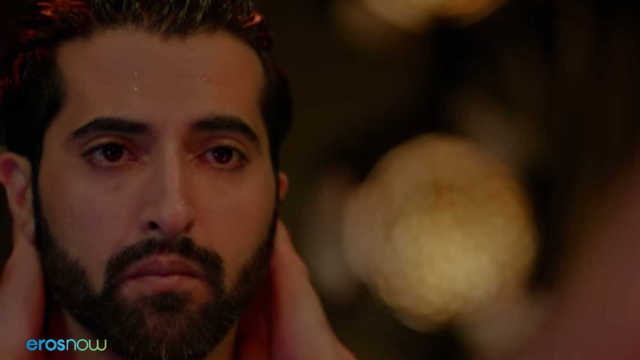 While for the most part the series concentrates on the power politics of human trafficking, in the end it comes down to a story of personal vengeance. The flesh trade turns into a tool to exact revenge, in which sexual repression becomes an expression of power. Throughout the web-series, sexuality repeatedly turns into a motif of psychological perversion, lack of humanity and empathy, showing how an act of pleasure can turn into one of cruelty if love is removed from it.

The character graph of Radha and Taj (Akshay Oberoi) is intrinsically connected to the cycle of violence in the narrative. Taj is portrayed almost as an animal, without any humanity in him. On the other hand, the progression of ACP Radha’s character doesn’t stand out, other than in the culmination of her story.

It is commendable that writers Siddharth Anand and Sagar Pandya have refrained from turning Radha into a heroic character, sticking to a realistic depiction, but Pooja Ladha Surti's screenplay could have depicted her inner turmoil with more complexity towards the end. By contrast, Rajji’s courage, resourcefulness and command over her character appear impressive.

Apart from Radha’s confidant, police officer Naman, most of the male characters are projected with monstrous traits. The female characters have more shades, both extreme and grey.

Certain sections of the web-series are quite predictable, while shocking elements mostly come from the graphic visuals of violence and lewd sexual expression. The narrative of call girl Pearl (Natasa Stankovic), working for Radha's senior, doesn’t have a bigger purpose in the plot. The reason for her torturing DJ, who helped in abducting Zoya, also remains vague.

Swara Bhasker doesn’t make an impression here with her casual performance. The moment of her inner turmoil is badly written and directed. It appears that both her character and its emotions get lost in the crowd of incidents and other characters. Written well, Radha could have been the show's most complex character, with the power of surviving in extreme conditions while retaining a sense of compassion. 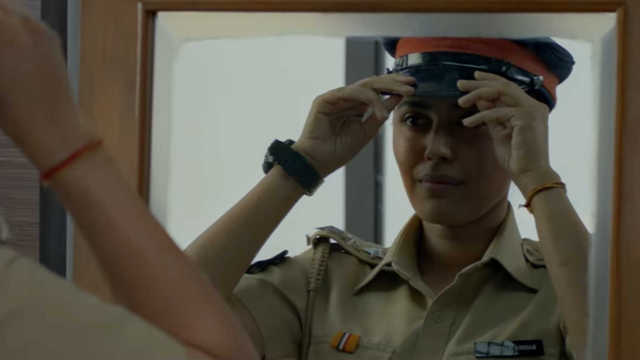 Instead, the series projects the negative characters in such sordid light that they are going to stick in the audience's minds more. The two characters that produce the most effect are Taj and Simon, personifying the lack of humanity in their body language, dialogue delivery and consistent performances. While Oberoi has done justice to an archetypal character, Dutta has breathed life into a character that revels in perversion.

Anshuman Mahaley’s cinematography does justice to the tense mood of the series, intentionally refraining from infusing aesthetics in the frames. Editor Abhishek Seth has made sure to retain a consistent pace throughout. Manas-Shikhar’s background score adds to the disturbing experience the series offers.

Though the web-series highlights a pertinent issue, it neither creates awareness nor hints at any solutions. It just shows the law assisting the criminals and standing up to them at the same time. Ultimately, Radha is only able to act because of her senior's personal enmity with the criminal.

Flesh is being streamed on Eros Now.

Grill review: Thought-provoking and moving tale of a homeless person

PariWar review: This light-hearted web-series should have been a 90-minute movie

Director Sagar Ballary returns after a hiatus with an inoffensive but overextended family drama....

Crackdown review: Gripping spy series that relies too much on tropes

The Voot Select web-series stars Saqib Saleem as an agent out to thwart a national terrorist threat...