In Firangi, Kapil Sharma makes a conscious attempt of breaking away from that comedian image he has held on so far.

One of India’s most well-known television comedians is back on the big screen. Kapil Sharma has enthralled his audiences with desi-gags on Comedy Nights With Kapil and then The Kapil Sharma Show. In Firangi, Kapil makes a conscious attempt of breaking away from that comedian image he has created so far.

While this reviewer has never been a fan of Kapil’s television persona or his comedy, it’s still refreshing to see him delivering a purposeful, subdued performance in Firangi. Sharma plays Manga, a good-for-nothing village boy with no job and zero prospects in 1920 pre-Independence India. What Manga can do is kick people good enough to relieve their aches. One such kick lands him a job as an orderly for British officer Mark Daniels (Edward Sonnenblick). Daniels is oddly fond of Manga.

Manga falls in love with Sargi (Ishita Dutta), but her Gandhi-bhakt grandfather (Aanjjan Srivastav) wouldn’t allow her match with a ‘servant of the Brits’. To worsen matters, Manga finds himself in a soup as Raja Indraveer (Kumud Mishra) and Daniels collude to evict the villagers and take over the land for setting up a liquor factory. As the villagers turn against Manga, he is forced to act to make right what went wrong without his knowledge. 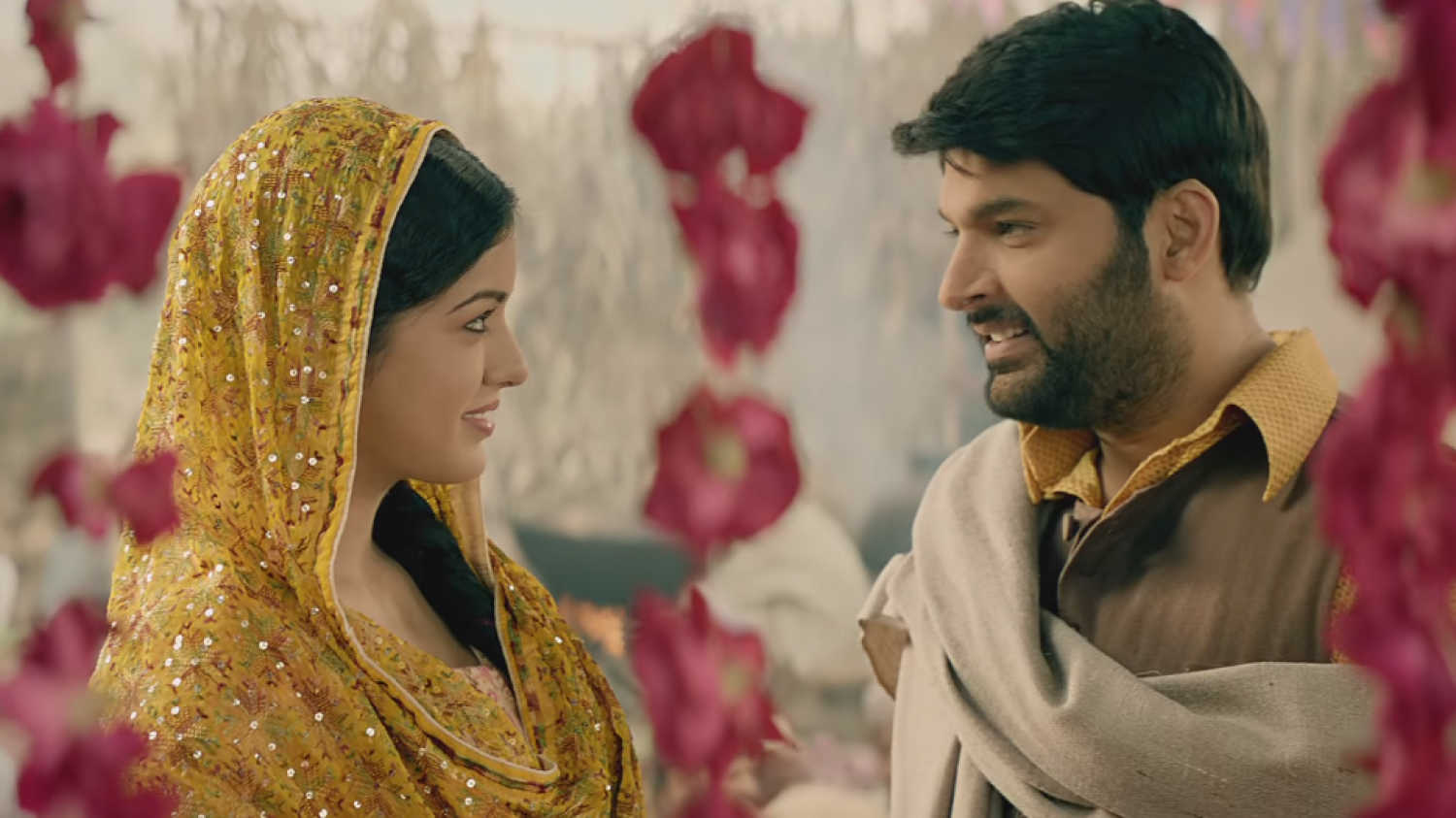 The story of Firangi is quite interesting, but the treatment is half-hearted with no connect whatsoever. Manga is supposed to be the good-hearted villager, but you barely root for him or his efforts to get the villagers their land back.

Kapil has made a good attempt to tone down his body language, and play a simpleton. However, he ends up looking plain stupid. Actors like Inaamulhaq and Rajesh Sharma bring their A game to the film.

A good actor like Kumud Mishra is reduced to a caricature evil king. He acts hard to be menacing, and ends up like a sketchy character that is neither here nor there.

Dutta as the shy Sargi is sweet, but she gets little opportunity to speak or show any acting chops. Sonnenblick delivers a worthy performance, but it’s too little to add any entertainment factor.

The film’s sepia look is a token technical grant as minimum effort is taken to show a 1920s village in India. Smooth mud walls, clean clothes, inconsistent accents and an overall sanitized village barely set the mood right for the story.

The love story becomes a crutch used for the protagonist's conflict. We’ve often witnessed films that become unintentionally funny, but Firangi is of another breed. There is practically nothing to laugh or marvel at here.

The climax is unnecessarily dramatized, with no value addition to this bland drama.

The story in Firangi is strong, but the execution makes it look like a play with limited characters and purpose on a set. If you really like Kapil, you could do with re-runs of his comedy TV avatar than with the boring Manga.