Pavan Kumar Chauhan's directorial debut has its moments but lacks that unifying touch to make it an engrossing film.

In the current scenario of Hindi cinema, the idea of a film set in a small town, rooted in its reality garnished with a dose of satire on social problems, ought to make for a good commercial film.

However, it does not always pan out as planned. Pavan Kumar Chauhan's directorial debut seems to have a similar problem. Despite Sanjai Mishra's earnestness, and a certain rooted earthy absurdity, the film seems a disjointed coming together of absurd plots.

The story is simple to begin with. Girdhari Lal Sharma (Mishra) is a poor katha vachak in the temple town of Varanasi. In a town filled with saints, mahants, and pandits, that is as rare as a struggler in Aram Nagar II. His main problem in life is getting his teacher daughter (Kajal Jain) married to Gopal (Mahesh Sharma). He does not have the money for the lavish wedding.

The solution his friend Bulaki (Brijendra Kala) provides is to get his IAS-pass son Banwari (Chandrachoor Singh) married with a dowry demand. This money is to be then used for his daughter's wedding.

This sets in motion a series of absurd events that add humour, satire, and a touch of humanism to this tale.

But it is the coming together of these events that makes it absurd. The idea of getting Banwari married soon flows into an absurd situation where anyone and everyone with a daughter is trying to get themselves into prospective positions. These include a gangster wanting to be a politician, a police inspector, and a councillor.

The film has humour, but it does not always come through. Sanjai Mishra is earnest and willing to play the distraught father trying to find his way through the mess. He balances the cunning and a certain buffoonery of his character with class. However, the actor seems to be stuck in the stereotype of the philosophical, earnest man caught in a twisted world. 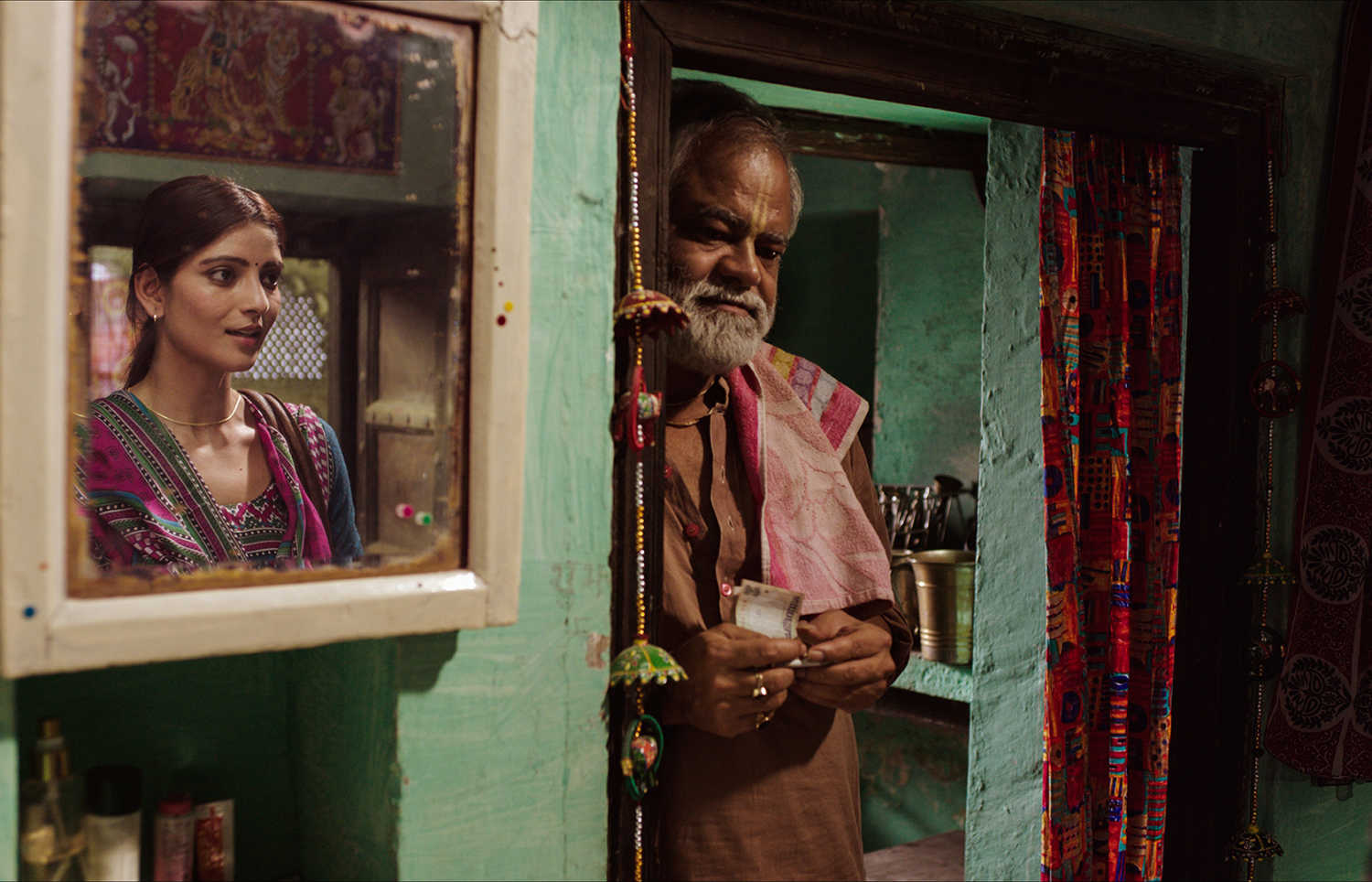 The film also has a quick appearance by the late Sitaram Panchal. The actor, who passed away on 10 August this year, looked gaunt and in pain through the movie. As Sanjai Mishra's father, he looks to have tried his best to infuse humour, but the sight of the actor reduced to bones is difficult to digest.

The shoddy screenplay is one of the film's major flaws. The scenes and events that take place in the story seem a little difficult to believe, and in place only to ensure the progression of the characters' journey. This takes away from the realism and social essence that the film seeks to convey.

Chauhan makes his debut as director after having spent decades as a journalist, and the work shows. The film has several pointers like the connection between commercialism and religion. The idea of babajis seeking partnerships to help grow their 'parish', so to speak, is a nice touch.

But the acting often lets the film down. Apart from Sanjai Mishra and Brijendra Kala, there is little to talk about the performances in the film. Even Mishra looks to be sleepwalking through the role at some points.

In all, Ekkees Tareekh seems to have missed the date in terms of matching story idea, screenplay and film.

Hungama 2 review: Nothing to laugh about Priyadarshan’s return to Hindi cinema

Feels Like Ishq review: This romance-lite anthology is hit-and-miss

Only the episodes directed by Anand Tiwari, Danish Aslam and Sachin Kundalkar manage to stand out to...

14 Phere review: This social comedy drama is all over the place

Devanshu Singh's film explores the issue of caste discrimination in a very superficial...