Instead of delivering an engaging performance in her comeback film, Esha Deol Takhtani bores with her staccato dialogue delivery.

Ram Kamal Mukherjee’s film Ek Duaa, starring Esha Deol Takhtani, deals with the deplorable practice of female foeticide. The loosely woven narrative focuses on a poverty-stricken family steeped in regressive patriarchal practices. However, it is difficult to understand what the film is getting at until the end as the narrative comes across as a sloppy collage of visuals.

The film opens with Abeda (Deol Takhtani) who is out shopping for Eid. The young woman, who is ridiculed by several shopkeepers for always buying groceries on credit, is accompanied by a girl child (Barbiee Sharma).

At home, Abeda doesn’t receive the best treatment from her mother-in-law (Sunita Shirole) despite performing being and dutiful and dedicated wife and daughter-in-law. Her husband Sulemaan (Rajveer Ankur Singh), meanwhile, struggles to make ends meet and feels crushed about celebrating Eid by taking money on credit.

The 44-minute-long film wastes a lot of time depicting the family's Eid celebrations in an unnecessary yet soulful qawwali sequence in a dargah. Amid all the festivities, the girl child seems to be the only spark in Abeda’s life. 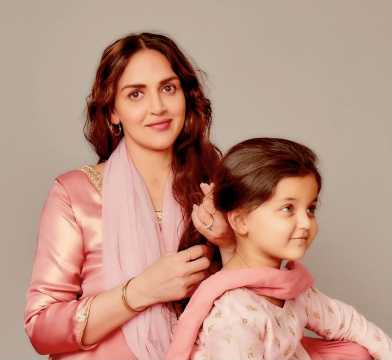 Abeda’s mother-in-law believes that more male children can save the beleaguered family from adversity and asks Sulemaan the produce a son. While he initially protests, taking responsibility for failing to provide for the family, he gives in and coerces his wife into bear a male offspring.

The film also shows how often the elderly women in the family turn into flagbearers of patriarchy by facilitating female foeticide and encouraging sexual assault, not caring about the possibility of being jailed for their misdeeds.

Instead of delivering an engaging performance in her comeback film, Deol Takhtani bores with her staccato dialogue delivery. She has been shadowed by cinematographer Modhura Palit for the most part of the film, in order to magnify her presence, but sometimes the visuals present her as detached from her grim surroundings.

Singh, on the other hand, excellently plays the frustrated sole breadwinner who is submissive to his mother and nonchalant about his wife’s feelings and emotions.

Shirole aces the stereotypical character of the insensitive and domineering head of the family.

Palit’s camerawork seems fragmented and underwhelming. Despite the decent editing by Bodhaditya Banerjee, the cinematography fails to offer a seamless cinematic experience to the audience.

Dhrubo Paul’s background score doesn’t always work; however, it suits Abeda's dream sequences. The music is quite soothing independent of its significance in the film.

The film draws attention to regressive and barbaric practices but it fails to move the viewer. The film, however, succeeds at making it apparent how the evil customs get perpetuated over generations if someone doesn’t dare to break the cycle.

Ek Duaa is being streamed on Voot Select.