The film, which stars Anirban Bhattacharya, merits a visit to the theatre for the scale of its ambition and for the wonderful use of music in it.

While vampires mostly appear in spine-chilling horror films, Debaloy Bhattacharya has revamped the mythical creature in his Dracula Sir. In terms of production design, colour grading and ambient background score, the film offers a genuinely larger-than-life experience, a rarity in Bengali cinema.

Featuring Anirban Bhattacharya as the protagonist and Mimi Chakraborty and Rudranil Ghosh in major roles, Dracula Sir contextualizes the vampire in a modern setting while juggling two parallel timelines.

In 2020 Anirban is seen as schoolmaster Raktim Chowdhury who earns the sobriquet Dracula Sir for his protruding canines. On the one hand, people are scared of him because of his unusual physical feature; on the other he is always at the receiving end of ridicule and bullying.

In 1971, however, Raktim was a wanted Maoist, Amol, who was secretly sheltered by his beloved Manjari (Chakraborty) in the palatial mansion of her dead husband.

Submissive and vulnerable, Raktim looks forward to leading a simple life but is continuously haunted by the ghost of Amol and Manjari, who were severely tortured by the police in their era. The mild schoolteacher's unfulfilled dream of reuniting with his love and bringing about a revolution find expression in sudden violent outbursts.

To find out how Raktim and Amol’s narratives converge, the audience must wait till the end. But whether they will be satisfied by the resolution cannot be easily said. 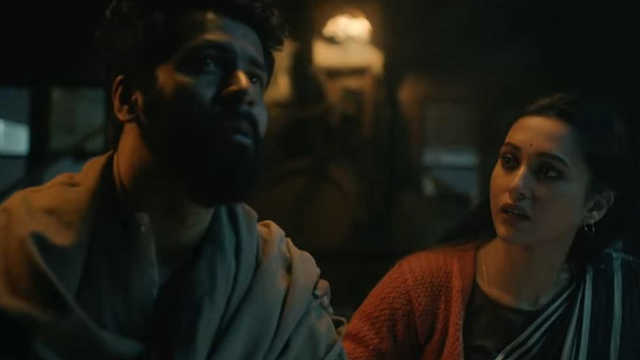 Debaloy Bhattacharya has ensured that the journey of the leading man justifies an ambiguous ending. The production design of the film is quite theatrical with its blend of greys and faint lights.

While Raktim’s oscillations between his regular and vampire selves create moments of heightened emotion where the protagonist is out for bloody vengeance while struggling to find meaning in a powerful persona that poses a threat to normal societal existence, it is mostly romantic idealism that permeates Amol and Manjari's timeline.

The extremist and his lover's conversations are interspersed with slogans, ideological quotes and snatches of poetry inspired by the Naxalite movement. Amol is conflicted about compromising with the authorities and prepares for the impending torture at the hands of the police. Manjari, on the other hand, finds solace in sharing his convictions but knows in her heart of hearts that she is not brave enough to sacrifice her personal happiness in a quest to change the world. Amol’s guilt about neither giving Manjari her due in terms of affection nor living up to his political ideals haunts Raktim's every waking moment, which captivates the viewer.

Debaloy has also cleverly endowed Ghosh’s character, Katu, with a right-wing bent of mind, which is highlighted in a sequence where a bust of Vidyasagar is demolished, harking back to a similar incident that recently occurred in Kolkata.

Dracula Sir has its fair share of spine-tingling cinematic moments that are brilliantly executed, thanks to Indranath Marick’s deft camerawork and editor Sanglap Bhowmick’s impeccable sense of timing. There are lots of close-up shots that underscore Raktim and Amol’s range of emotions as well as their fierce outbursts. The low-angle and bird’s eye view shots of Raktim in vampire mode running freely on the empty flyover, his cape flying in the wind, evoke the supernatural and blur the line between heroism and villainy. 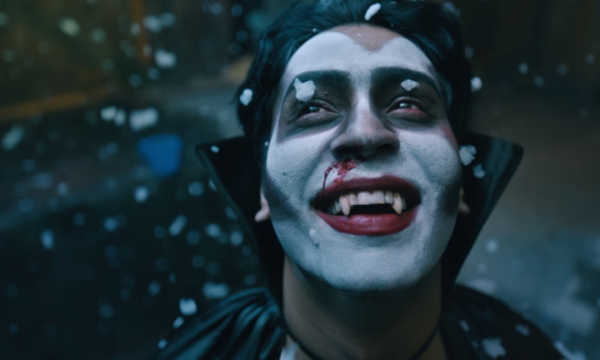 Amit Ishan’s background score as well as the songs that accompany intense sequences are crucial aspects of the film, adding emotional heft to key moments where Anirban’s performance might otherwise have seemed too loud for the screen.

Anirban is natural when he inflicts pain upon himself as Amol or screams for freedom. As Raktim, he adopts a certain body language that works well in the context of his larger-than-life appearances but lacks nuance in emotional sequences.

Mimi Chakraborty hardly attempts a layered performance and delivers her lines in a one-dimensional tone. Bidipta Chakraborty, as Raktim’s landlady, delivers the best performance, easily transitioning between states of fearfulness, helplessness and shrewdness.

The film drags on a bit at the end and becomes confusing after the initial smooth run when Debaloy attempts to tie all the loose ends up. However, the film merits a visit to the theatre for its technical brilliance, ambition and the fact that it makes the best possible use of music compared to recent Bengali films.