Disco Raja is one of those films that aims big but is not compelling enough to keep us invested in its proceedings. Ravi Teja keeps the film afloat with inimitable wit and towering screen presence but there’s hardly anything more to makes us really care for the story.

Ravi Teja, who is unarguably one of the finest entertainers of mainstream Telugu cinema, is currently struggling with form and despite earnest efforts; he’s not been able to deliver anything remotely entertaining in a long time. His latest release Disco Raja (2020) is ambitious and wacky on paper but the execution doesn’t quite live up to the potential of the core idea. Director VI Anand gives a science-fiction twist to a quintessential commercial story but it doesn’t translate into a compelling film.

The film takes opens in Ladakh, where a group of men on snowmobiles drag an unidentified man, who has been roughed up and left to die under the avalanche. The dead man happens to be Ravi Teja, who is retrieved in a frozen state by a group of mountaineers and sent to a biological laboratory, where doctors try and resurrect him. Meanwhile, we are told that a family in Delhi is awaiting the arrival of their caretaker, Vasu (Ravi Teja).

Following the successful resurrection, the dead man loses his memory and no matter how hard he tries to recollect, his efforts go in vain. Soon, he is attacked by a group of goons, who work for a gangster Burma Sethu (Bobby Simha). What’s the real identity of the dead man and why the goons are after him forms the crux of the story. 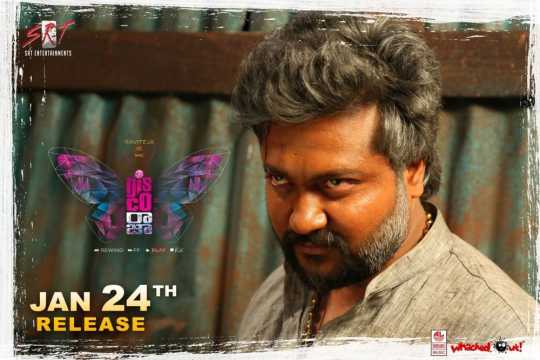 Disco Raja is one of those films that aims big, but is not compelling enough to keep us invested in its proceedings. Ravi Teja keeps the film afloat with inimitable wit and towering screen presence, but there’s hardly anything more to makes us really care for the story. The absence of any dramatic conflict makes the viewing tiring after a point, especially when the film enters the second half. The climax twist comes as a major relief but the wait for it isn’t exciting enough.

The film isn’t outright bad but it could’ve been so much better, given its core idea. The leading ladies – Nabha Natesh and Payal Rajput – have very poorly written characters and they hardly make any contribution to the story. Thaman’s music is a major plus and elevates even the most mundane scenes.

While Narappa largely stays faithful to the original, unlike Asuran, it underplays the caste angle,...

Cinema Bandi review: Slice-of-life drama about the agony and ecstasy of making movies

Deeply rooted in realism and brimming with an energy rarely witnessed in mainstream cinema, this has...

In spite of Pawan Kalyan’s rousing performance, the film becomes another hero-driven story the...