The film also places women as the force of resistance against all evil manifestations of power politics.

In his short film Dhulo: The Scapegoat, Tathagata Ghosh identifies the intrinsic link between patriarchy and ethnic cleansing without trying to be diplomatic in his storytelling. He takes a further bold step by passing the baton to women to stand against the various manifestations of power politics with a narrative that is both symbolic and straightforward.

The film begins with a sense of impending danger. The abundance of silence, continuous hammering of a rhythmic pattern in the haunting background score and perpetual expression of fear on the face of Swapan's wife (Payel Parna) prepares the audience for a disturbing tale.

Swapan’s wife carries news of the death of a goat belonging to Ali (Ali Akram). Swapan (Bimal Giri) beats her up for being cordial with the Muslim neighbour’s wife Topu (Shimli Basu) and asks her to prepare a mutton feast to please a political leader so that he can secure his candidature for the upcoming panchayat election. The scarcity of mutton in the village brings out the beast in Swapan and lends a nasty spin to the tale that shows how communal hatred infiltrates power politics and leaves women its worst victims. 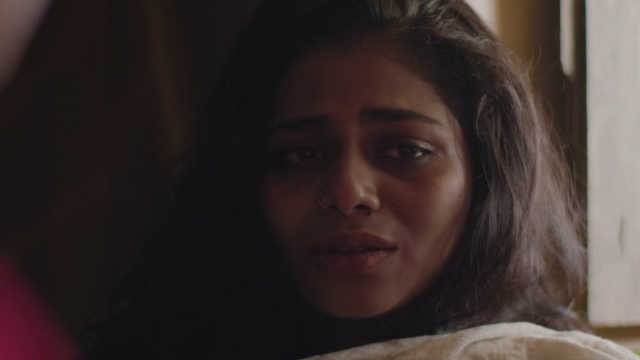 The religious identity of the characters is loud and clear in the narrative. Swapan hails Jai Sree Hari to exert his dominance over his wife and Ali as well. In the background, Ghosh has consciously run the BJP government’s announcements on the Citizenship Amendment Act and the National Register of Citizens on the radio and kept the context of Muslims being lynched on the pretext of protecting cows.

Along with emotional manipulation, the motif of rape comes back repeatedly in the moments of audacious display of power in the film. On the other hand, more than unveiling the stark nature of communal disharmony, Ghosh has clearly taken a stand against the oppression and stigmatization of Muslims, the country's largest religious minority.

The relationship between Swapan and his wife is that of master and slave. Drunk in the ancticipation of attaining more power, Swapan is blinded by hatred and cruelty. Ali, on the other hand, is hardly agitated even at the worst provocation and also promises his timid wife that they will sail through the financial crisis caused by the sudden death of the goat.

Swapan’s wife represents the supressed resistance that eventually erupts with the intent of smashing all authoritarian forces. Compassionate and unwavering despite the threats and torture of her husband, she hugs Topu in an embrace of friendship that is against the governing force of patriarchy behind the structure of evil power politics. 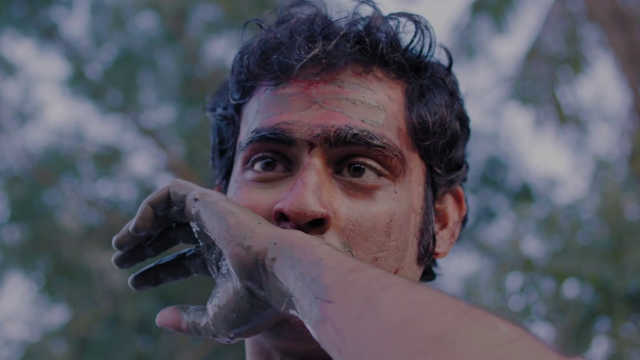 Apart from symbolic gestures and images, especially of blood, the film contains few yet poignant dialogues. However, despite their powerful facial expressions, the dialogue delivery by all the artistes seems out of synch and doesn’t blend well with the stillness of the visuals. The characters belong to a village and Swapan and his wife especially have a rustic aura about them. But their way of speaking comes across as urban.

Payel Parna subtly oscillates between remaining passive and exerting immense inner strength with her nuanced performance. Bimal Giri’s act is quite dramatic, which helps his inner demon peep through his facial expressions. Ali Akram has delivered a decent performance as a resolute and brooding character. Shimli Basu’s expressions could have been more pronounced.

Cinematographer Tuhin has magnified the economy of facial expressions of the characters and the significant symbolic visuals as well. Editor Amir Mondal deserves credit for keeping every moment of the film in tune with its theme.

Dhulo: The Scapegoat will provoke and disturb the audience with the hope of the rise of the power of women, a force that has refused to be submissive despite conditioning and victimization over the ages. Ghosh’s is a film with an agenda; there is no scope for a different interpretation from the cinematic experience the film offers. Rather, it is a conscious effort to show the reality of those who are in power as well as the flip side of the victim’s reality.

Dhulo: The Scapegoat is being screened as part of the Bengaluru International Short Film Festival, which is on virtually from 28 August till 5 September.

For Each Other review: A simple, life-affirming story about unconventional dreams

Rima Das’s film is a celebration of community living through the story of a young woman and...