This inspirational feature by Meghna Gulzar focuses on the struggles faced by acid-attack survivors and how difficult their recovery process is.

Like the excellent Talvar (2015), Meghna Gulzar's Chhapaak (2020) is unveiled layer by layer. The story of Malti Agarwal, played by Deepika Padukone, goes back and forth in time to show how a single moment, when acid is splashed upon her face, changes the course of her life.

We first meet Malti in Delhi seven years after the pivotal attack as she is at a crossroads in her life. Her father has died, her younger brother Rohit is ailing from tuberculosis, and she desperately needs a job. A meeting with a journalist leads to a job interview at an NGO, Chhaya, led by Amol Dwivedi (Vikrant Massey).

He, of course, is aware who Malti is. Giving up his previous profession of journalism, Amol has turned activist to help acid-attack survivors — with their hospitalization, with awareness of the crime, and with counselling for the families and the survivors themselves. He believes Malti will be a good fit at the organization, and she is. 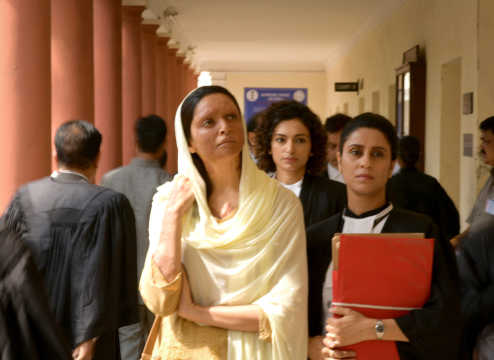 With support from her family and her lawyer Archana Bajaj (Madhurjeet Sarghi), Malti has prepared for the long fight in which she traverses to several courts. Her case against her attacker, Babbu aka Bashir, goes from the sessions court to the high court as the defence appeals against the ten-year sentence handed down to him. Meanwhile, Malti has also becomes the face of public-interest ligitation (PIL) against the sale of acid in India; it goes all the way to the Supreme Court.

Malti tries to balance all this with the demands of daily life, trying to return to what feels like normal. While she may get a second stare while walking down the street, or uncomfortable questions asked of her at a job interview, she is simply trying to get by in life like any other young Indian woman. With the NGO, she gets the opportunity to support others like her.

Later, she moves forward to hosting a show on television, when, in the initial years after her attack, she walked around covering her face with her dupatta. Padukone's Malti makes great strides in the film and the actress is wonderfully understated. In fact, no one in the cast is showy or melodramatic, they approach their parts with dignity and, in the case of Sarghi and Payal Nair (as Malti's father's employer Shiraz Aunty), with warmth and a much needed matter-of-factness.

Though she is the star of the film, Padukone is initially muted as Malti. As an acid-attack survivor, she tries to blend in with the crowd, to not stand out. When she begins to own her identity and story is when she shines even more, in Malti's shy but sweet manner. She dons several convincing looks via prosthetic makeup to show Malti's facial reconstruction by plastic surgery in the film.

Vikrant Massey matches her energy as Malti's boss and later friend and love interest. The two characters' banter provides a few of the lighter moments of the film. However, as the focus is more on Malti and Amol, some of the other characters lack additional detailing. 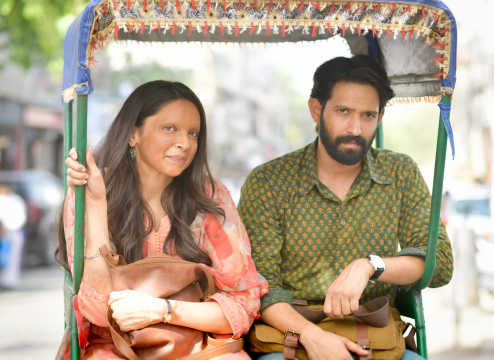 Meghna Gulzar's direction is compelling. She bookends the film with the actual attack, lingering on the absolute awfulness of it to show the horrors of the crime, from the pain and despair of Malti to the helplessness of the bystanders and the moment when her world is turned upside down by a 'chhapaak', or splash. The sequences are made more effectual by editor Nitin Baid's deft positioning of the scenes for greater impact.

Most of the film's poignant scenes have actually been revealed in its trailer, but they resonate just as much, if not more, in the film. The dialogues, co-written by Atika Chohan and Meghna, have the force of a sledgehammer though spoken normally. In particular, when Malti almost wistfully comments, "Kitna achchha hota agar acid bikta hi nahi, milta hi nahi toh phikhta hi nahi [How nice it would be if acid wasn't sold; if it were not available, no one could fling it]."

Like the dialogues, the score by Shankar-Ehsan-Loy bolsters the film. The title song, sung by Arijit Singh, plays at key moments, showing us how the women targeted by acid attacks, and their families, are the ones who have to pick up the pieces and rebuild while the attackers receive little punishment and the chance to go on with their lives regardless. Gulzar's lyrics naturally add the affecting touch to the soundtrack; he gets to the heart of the matter with each situation.

Chhapaak ends most powerfully with a reminder of other acid-attack victims, whose numbers seem unfortunately to be growing. Malti's life, largely based on the life of Laxmi Agarwal, is both moving and inspirational. She is not just a survivor, she is a warrior.