Chhalaang review: Rajkummar Rao plays an underdog coach out to redeem himself

Director Hansal Mehta and Rajkummar Rao team up again, this time in a sports drama-meets-rom-com that attempts to do too much at once.

Written by Luv Ranjan, Aseem Arrora & Zeishan Quadri, the feature is set in a small town in Haryana where nothing much really occurs in Montu’s life, except the consequent arrivals of two new teachers. While Montu falls head over heels for the new computer teacher Neelima (Nushrratt Bharuccha), he is roused out of his complacency by Inder Mohan Singh (Mohammed Zeeshan Ayyub), the formidable new Physical Training Instructor (PTI), who arrives with a degree.

For once in his lazy, stagnant life, Montu has to decide whether his job and reputation are worth fighting for, and as he challenges Inder Mohan to a winner-takes-all competition for the position of PTI, he realizes the important aspects of life. 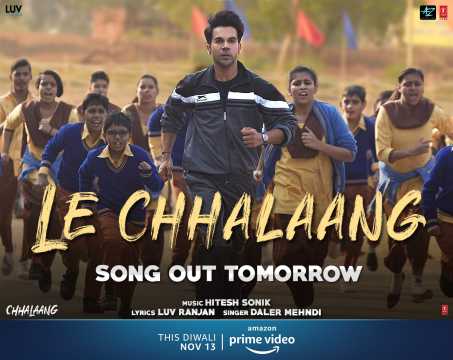 Chhalaang is much lighter fare than Mehta and Rajkummar Rao’s previous cinematic collaborations like Shahid (2013), Citylights (2014), Aligarh (2016), and Omerta (2018). But it is produced and written by Luv Ranjan, who meshes too many genres into the amiable film that eventually faces too many hurdles.

The film opens as a slice-of-life feature, moves into rom-com territory, before eventually petering out into a sports drama with a bunch of misfits. The focus here is not on the ragtag bunch of students whom Montu and company train bizarrely, motivating them to exercise with the promise of food. It is rather on the naive and indolent Montu who learns the value of teaching.

Rajkummar Rao transforms the Haryanvi underdog coach into someone with purpose. While he melts in front of Neelima, his bravado and eventual challenging of Ayyub’s Inder Mohan Singh has some memorable moments.

Rajkummar Rao is backed by a strong cast that adds flavour to the small story. Saurabh Shukla as the Hindi teacher Shuklaji is Montu’s confidant and support system, while Ila Arun plays the principal Usha who hires ex-student Montu on the recommendation of his father (Satish Kaushik). The scenes with the Hooda family are warm and funny, and Kaushik is an encouraging father. 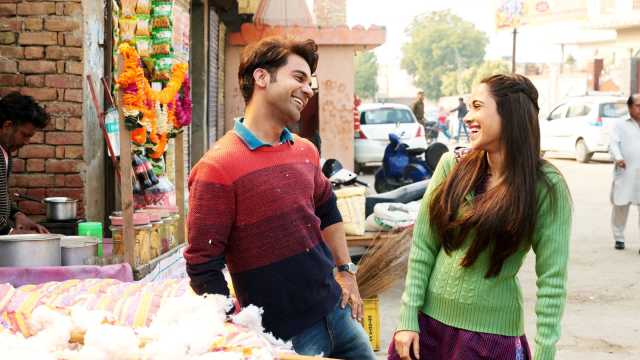 At times, Bharuccha’s Neelima seems out of place and her interest in Montu is questionable after their initial disastrous meeting. But her character is much better than other female characters in Luv Ranjan’s films. She even encourages Montu to recruit girls for his underdog team.

The second half has some exciting portions as Team Singh battles Team Montu in basketball, four-person relay, and kabaddi, which continues as the deciding factor for the win after films like Student Of The Year 2 (2019) and Panga (2020).

However, despite Mehta and Rajkummar Rao’s best efforts, the film attempts to do too much before eventually ending with a speech for unity and support for parents, teachers and students.

The Netflix series, based on Sandhya Menon’s novel When Dimple Met Rishi, follows two fixed up...

On the occasion of Women's Entrepreneurship Day on 19 November, the film will be available to on...

Directed by the late Rajen Kothari and Dayal Nihalani, the film is a stark portrait of life within a...