The film barely focuses on the difficulties related to resisting domestic violence or its deep-rooted causes.

Over the years, Bengali cinema has seen directors deal with grave social issues in their signature style. More recently, filmmakers such as Shiboprosad Mukherjee, Nandita Roy and Mainak Bhaumik have touched upon topics such as women’s rights and teenage problems.

In most cases, however, directors these days choose to deviate from realism, opting for high-pitched melodrama that romanticises the issues at hand. Also, they tend to provide overly simplistic solutions so as to not mess with the overall entertainment quotient, allowing audiences to leave the theatre relatively unperturbed.

In Mainak Bhaumik’s Cheeni, domestic violence takes a toll on a family, rendering it dysfunctional. Each member has anger management issues but they are loath to confront their demons, choosing to blame each other for their failings instead.

The titular protagonist (Madhumita Sarkar), a copywriter by profession, describes her relationship with her mother Mishti (Aparajita Adhya) as a horror story, not a melodrama or comedy. The film is indeed packed with blood-curdling screams and tempestuous clashes. However, there are a few chuckles to be had when Mishti, in her desperate attempt to make up for her wasted years in an abusive marriage, turns into a badass, downright refusing to act her age. 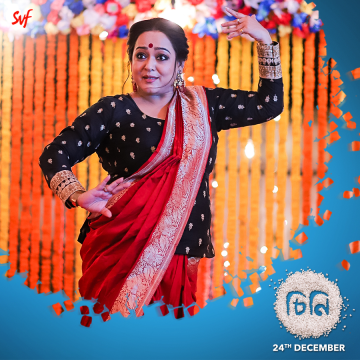 Cheeni, who was more or less was ignored by her parents growing up, finds it hard to accept Mishti in her new, liberated avatar. These changes take a toll on Cheeni’s relationship with Sudip (Saurav Das), who dreams of starting a family with the young lady. However, Cheeni lacks the concept of a family where everyone looks out for each other.

Perhaps it is unnecessary to summarize the film because the trailer already gives away pretty much everything. The first half of Cheeni fleshes out the bits of the story that was seen in the trailer while the second half sees Mishti begin to get her act together in terms of taking care of her health and having normal discussions with her daughter. A particular intense outburst by Cheeni, following a series of high-pitched arguments, suddenly pushes the ill-tempered older woman to accept her faults and instantly makes her sensitive to her daughter’s emotional conflicts.

Mishti's domestic help-cum-confidante Bela (Pinky Banerjee) later explains that it was Cheeni’s screams that miraculously sobered up her mother. All conflict evaporated, the characters happily go on a shopping binge, party at a nightclub together, and start collaborating on a dance routine for an upcoming wedding.

However, in order to retain the forceful emotional pitch of the film, the director conjures up a tragic ending that has no connection to the story, which shifts the attention of the audience away from the primary issue of domestic violence.

Sarkar’s performance lacks nuance and poise but it somehow this suits her impulsive and restless character.

Adhya is hilarious when she is ridiculing others and shutting them down. The rest of the time, she is giving Sarkar a run for her money in the screaming department.

Das does a decent job as the sensitive lover and Banerjee delivers the best performance of the lot her expressions and excellent comic timing. 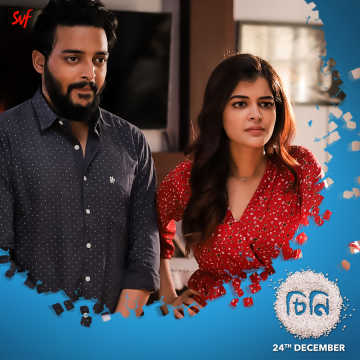 Cinematographer Prosenjit Chowdhury, who is known for his thoughtful camerawork, deserved a better screenplay while Sanglap Bhowmik’s editing just about prevents the film from turning into a saga of screams and heightened emotional expressions, providing a few precious moments of respite ever so often. Prasen’s tender ballads prove apt for Cheeni’s moments of silent brooding, but the background score fails to stand out.

The film barely focuses on the difficulties related to resisting domestic violence or its deep-rooted causes. All the two desperate female characters do is drown all memories of the violence and lead an indulgent life to cover up their emotional scars — which is hardly a subversive solution that challenges the status quo. Rather, the film, to some extent, commodifies the issue for the sake of providing cinemagoers superficial entertainment.

Feluda Pherot Season 1 review: Series retains charm of novel but fails to keep you on edge of your seat