Call My Agent: Bollywood review – This mindless remake is a big disappointment

When remaking a popular series that fans swear by, you better do it right. But the problem from the get-go in Call My Agent: Bollywood is that it is but a scene-by-scene copy of the French series Dix Pour Cent (aka Call My Agent!), right down to its specific jokes, often losing a lot in translation.

Though the series has been made by those who know the Hindi film industry, the remake borrows too heavily from the original, forgetting to base it in the industry it is about. Director Shaad Ali and writers Abbas Dalal and Hussain Dalal rely too much on the first season to give the remake any originality of its own. 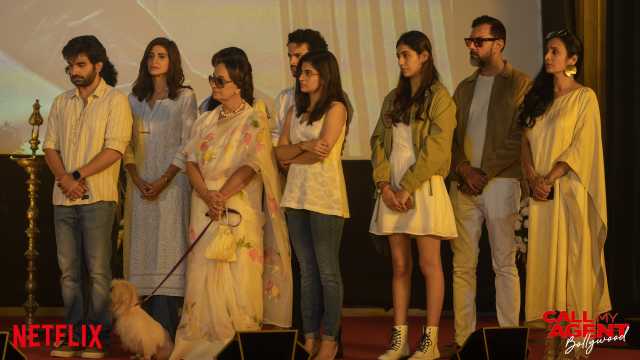 The rest of the series follows the four agents trying to balance their famous clientele and save the company from being sold by Soumyajit’s widow Stuti (Aban Deohans). ART also undergoes a tax audit, inviting further ruin to its reputation and chances of survival.

If you have seen the French series, the Indian remake is a giant disappointment. If you are yet to watch the original, the Indian series is still disappointing. What made Dix Pour Cent wickedly delightful was the perfect balance of drama and humour. The series gave a glimpse into the glamorous and not-so-glamorous world of cinema while allowing the country’s top stars to play comic versions of themselves.

Call My Agent: Bollywood ropes in Indian personalities like Dia Mirza, Lillete Dubey, Ila Arun, Akshara Haasan, Sarika, Lara Dutta, Richa Chadha, Ali Fazal, Nandita Das, Jackie Shroff, Farah Khan, Tigmanshu Dhulia and Sameer Saxena to bring the laughs over their predicaments over six episodes. So Sarika and Akshara don’t want to spend three months on a movie together, knowing they will drive each other crazy, while Lara Dutta plays an overprotective mother with tax woes, contemplating the role of a vegan terrorist to play her dues.

Similarly, Chadha, Ali Fazal, Das and Shroff are given odd predicaments which the agents have to solve. Only Dhulia and Farah Khan manage to elicit a chuckle as they spoof themselves, adding a bit of meta-ness to the dullness. 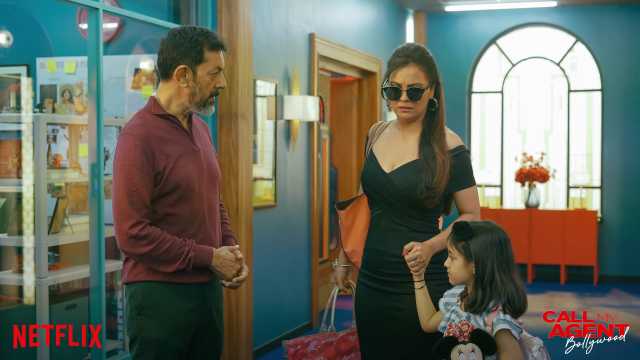 Besides the workplace and its dirty politics, Call My Agent: Bollywood also delves into the agents’ personal lives, with disastrous results. Many of the storylines from the French world do not translate well here. Monty has to deal with the sudden reappearance of his daughter from an affair and keep it from his family while Amal falls into a foolhardy relationship with the auditor Jasleen (Anuschka Sawhney) who is investigating them.

Razdan is wasted. She has little to do except bring up the past. Kapoor is given more drama in his storyline and is somehow turned into a good guy at the end, despite his conniving all through the season. Kumra’s character suffers the worst in the remake. Her agent is a prickly, impulsive lesbian who is genuinely passionate about her job. As the token Muslim in the show, she is forced to call people ‘janab’ or ‘mohtarma’. She overacts in several scenes, to the point of being shrill.

Mehra is decent as the well-meaning Meher, but as his character is Parsi, we are given several reminders of his religion. Newcomer Radhika Seth doesn’t fully connect with her role while the rest of the ART staff are adequate. 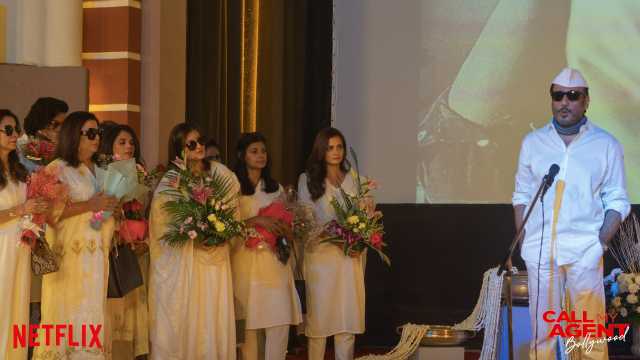 The fictional world of the series seems to be an alternate universe of the film industry. In what world would their office be located in South Bombay near CST, on the opposite end of where the action is? Moreover, the cast frequent only gleaming, well-maintained offices, restaurants and homes.

Shaad Ali and his team give more importance to the production design (especially the Art Deco-meets-contemporary ART office) and the cool wardrobe of the cast than to the actual storylines. The result is incredibly frustrating, with the same tired jokes, seeing that this was a chance to make a clever satire about the film industry. Quel dommage!

If you don’t mind, I’ll just return to the continuing adventures of Gabriel, Andréa, Mathias and Arlette. Give this remake a wide berth.

Call My Agent: Bollywood is now available on Netflix.