The film is nothing but a documentation of lead character Abir’s journey from his childhood to building his career.

In an interview with us, first-time filmmaker Vik stated that his film Buro Sadhu (2019) attempts to explore the issues of mental illness through the journey of protagonist Abir Roy, played by Ritwick Chakraborty. However, in the film, the topic of mental illness is only highlighted in the beginning as Abir introduces the audience to his journey of life until then, and when he supposedly experiences hallucination thrice in his past, which is depicted in the film in flashback.

The point from which Abir begins telling his story, narrating his experience of studying psychological ailments and the technical terms associated with them to understand his own mental state, has no connection to his overtly and unnecessarily detailed journey. Also, apparently to the director, hallucinations mean suddenly witnessing some neon lights and along with travelling to a different time and space.

The film begins with a relatable note as Abir describes why he cannot really rely on a psychologist and rather prefers to solve his problems on his own. To elaborate the problems he faces, he begins narrating his journey from his childhood. However, when the film reaches its climax, it rather ends with a revelation like that of a thriller.

Sadly, the extremely slow screenplay doesn’t create a single moment in the film to instigate thrill. Each and every episode of the film is so detailed that the only mystery element in the plot gets lost in the hoard of incidents. At certain points, the film appears like a mini television serial. 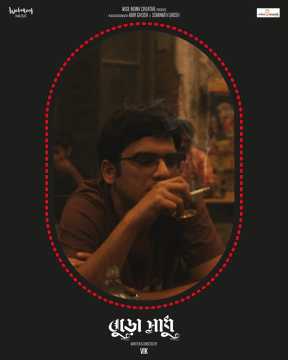 The film is nothing but a documentation of Abir’s journey from his childhood to building his career. Abir had a disturbed childhood and in his youth, certain incidents turn him bitter towards life. In the beginning of the film, Abir attempts to describe his mental state with various technical terms including borderline personality disorder and what not.

However, throughout the film, Abir exhibits two features that distinguishes him from so-called normal people. He turns alcoholic and leads his life on his own terms, without seeming insane, crazy or turning into different personalities. His apparent hallucinations also do not have any significance at large.

Till the end, audience will continue to wonder what illness actually Abir has. Even if they continue to hope for any connection between Abir’s claims of having psychological disorders and all the incidents of his life shown in flashback, at the end they will be treated with only a twist, that has no connection with the beginning of the film.

Though Ritwick Chakraborty turns the character alive with adopting a weird appearance, these days it has become hard to distinguish his acts of portraying different avatars. With a signature mannerism of dialogue delivery, he has turned his performance into monotony. Perhaps, his performances in too many films has made it even more tedious to watch him in at least one film every month. 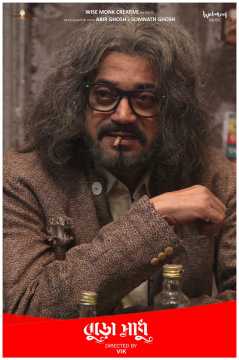 Chiranjeet Chakraborty delivered a powerful but brief performance despite the confusing script. It would have been delightful to watch more of him. The director could have presented his character a little early instead of the climax to generate intrigue. Limiting his screen time, the director prevented the audience from having a taste of a thriller.

Ishaa Saha seems to have matured from her last film and her expressions now contain emotions. Mimsee also delivered a decent performance in her brief appearance. The best performance in the film has been delivered by Amit Saha. He is extremely natural in the funny moments, and also while getting concerned for his friend Abir.

Sanjib Kumar Ghosh’s cinematography is a treat to the eyes, but it doesn’t help alleviate the lengthy and boring screenplay. Arghyakamal Mitra’s editing creates the best moments in the opening and end sequences of the film. Pranjal’s music arrangement is refreshing and his background score also shows that he has invested lot in lending a different feel to set the mood of the film.

The weakest part of Buro Sadhu is its script that doesn’t go anywhere. Just because the director managed to end the film in the sequence from which it began, doesn’t mean that film has a logical progression. Buro Sadhu is not worth the watch for the boring cinematic experience it offers.

Mukhosh review: Lacks the essential elements of a thriller

Filmmaker Atanu Ghosh’s sensitive writing shows that not all past relationships that end in to...