Mainak Bhaumik presents a liberal outlook on relationships among Bengali youths without sensationalism.

Mainak Bhaumik’s BreakUp Story contains relatable stories on heartbreaks in relationships and friendships. The series features five couples, with the narratives of some characters, overlapping each other.

There are accounts of irreparable losses as well as break-ups opening new possibilities of realisations. As there are only five episodes, the director has not taken the pain of bringing out the complexities of the relationships of all five couples. However, at the same time, the stories are told in a rather short span hardly leaving an impact.

Any realistic cinematic adaptation of life events should address several crises and issues in a hard-hitting way, giving way to new realisations and experiences. Yet BreakUp Story hardly achieves any of these objectives besides depicting a slice-of-life drama.

The first episode ends with a couple separating because of issues of commitment in their respective lives, and you keep looking for the moment to take away something substantial from it. Instead, it is 20 minutes of drama with two people hurling blame at each other, and then moving away from the intial problem with a sudden lovemaking session.

Priyanka (Anindita Bose) eventually, as it is later revealed, settles down in an arranged marriage within two months of her official break-up with Sanjay. Meanwhile, he is still struggling in life, and advises others to not make the same mistakes he did, severing all connections with his true love.

It is difficult to determine what Bhaumik wanted to convey through the episode, featuring characters that do not get space enough to have the audience engage with them. The narrative doesn’t progress to invoke any empathy for them, and their separation doesn't have life lesson. 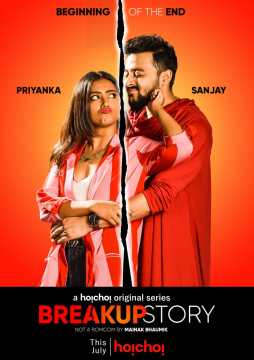 The next episode depicts the adorable friendship between Sreya (Sauraseni Maitra) and Roshni (Tuhina Das). There is a bit of complexity in the narrative, as Sreya, a lesbian, develops complicated yet strong attachment with Roshni, who takes care of her with motherly love, giving solace to her insecurities. Roshni is also deeply attached to her, though only as a friend.

She faces a deep dilemma to leave Sreya in order to start a new chapter in her life. The ending of the episode is unexpected and throws light on souls, who find it hard to deal with the void after they lose the one trusted soul they had found after battling with loneliness and insecurities. A sudden downpour of affection for someone who has never experienced genuine care either makes one too dependant or fulfilled. The viewers need to find what Sreya goes through afterwards. 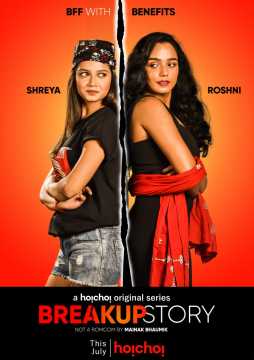 The next three episodes are interlinked through the characters in them. Som (Aryaan Bhowmick) is a hypersensitive young man with a lot of insecurities and psychological issues. He finds it hard to accept the reality when he loses the dear ones in his life and perhaps, that is the reason he continues to lose one after another.

In the next episode, Som is shown to have grown bond with Aparna and while Joyeeta is not there in his life anymore. Som keeps feeling Joyeeta’s presence in his life no matter how hard he tries to forget her in the company of Aparna. The enchanting professor, on the other hand, troubled with her own mess of getting a divorce from her former husband, finds wings to fly with Som, until the latter starts obsessing over her.

It is difficult to empathise with either Aparna or Som here, as both, instead of processing their inner troubles, spill their insecurities over each other and inflict pain as well. Their narratives don’t have a closure in the series as from Aparna’s end, it suddenly shifts to her former husband Dhrubo’s story. 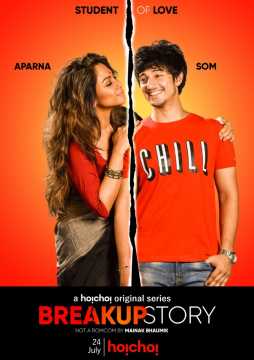 Dhrubo (Ronojoy Bishnu) has different kind of obsessions that often grow in people with idle minds. An escapist, Dhrubo thinks the world revolves around him and he hardly has regard for the desires and wishes of his partner. He has an ideal life in his vision, while he hardly makes effort for them, only keeping high expectations from his partners.

His former wife Aparna was not able to have closure with him and his present live-in partner Amrita (Sohini Sarkar) is fed up with adjusting her life according to his demands. Bhaumik could have avoided the end of Dhrubo’s narrative in the same manner of Sreya’s. Unlike Sreya, here the ending enforces the idea that some people live in toxicity and never allow the people around them to have peace of mind. It is never emphasized that such acts are not meant to encouraged.

The escapism of Dhrubo, in the end, gets to have its way, and while all the characters related to him struggle with the consequences. Additionally, Dhrubo’s character is sketched in a way that it doesn’t invoke empathy for his last decision. Had the director shown his inner struggles with greater details, the impact could have been different.

While most of the actors have delivered natural performances, only few get etched in our mind due to the rapid shifts of the narratives and the lack of growth in the characters in the small length of the episodes.The cast, more or less, is able to identify with the dominant chord of their characteristics. 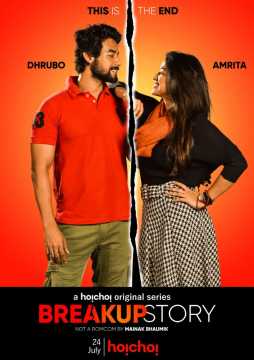 Prosenjit Chowdhury’s camerawork produces the quality that allows the audience to relate themselves with the familiar ambience of each character. Sanglap Bhowmick’s editing sometimes feels hurried. Amit-Ishan’s background score helps retain a youthful essence to the entire series.

While it is good to see Mainak Bhaumik having a modern perspective on the present generation and their relationships, the stories also reinforce the lack of depth that the youth of today are often accused of. He definitely wants to project the idea that Bengali youths are open to different dynamics of relationships, in terms of sexual preference or age restrictions and are quite comfortable with the idea of live-in as well.

Bhaumik definitely deserves credit for refraining from stereotyping or sensationalising any of the relationship dynamics that are still considered to be rebellious in the eyes of society and for treating them as they are.

Onekta Cinema review: Journey into a mind riddled with anxieties

The short film by Arnab K Kar and Indrani Adak, features Himon Ghosh as a freelance writer, who...