Borderlands review: A moving documentary about lives separated, shaped and changed by lines on the map

Directed by Samarth Mahajan, the film captures the struggles and distinct cultures that have emerged on either side of nations' boundaries.

It is impossible not to feel pity for the subjects of Samarth Mahajan's documentary feature Borderlands, which revolves around six individuals whose lives have been irrevocably shaped by the borders that hem them in. Their dreams, memories, hopes and loves make for a compelling experience that leaves you questioning your notions of nationhood and society.

Each of these stories carries within them an abstract sense of loss. One such tale is that of Deepa, a migrant from Pakistan who struggles to resume her education. Her identity is deeply linked to learning, and she aspires to be a nurse. But, she is in limbo. Optimistic as she is, she realizes that if things don't change soon, her future will be sacrificed. Patriarchy remains borderless in the subcontinent.

On the other end is Noor, a survivor of human trafficking, whose discovery of her own freedom, sexuality and friendships is tinged with the sorrow of being more alone than ever. Each story captures different shades of marginalization, separation and longing. One scene where a group of survivors is singing is almost cathartic to watch. 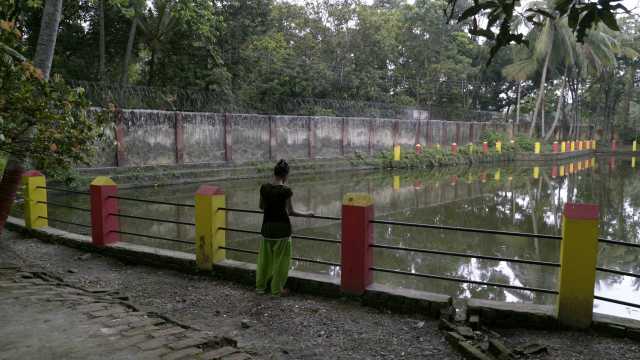 Then there's Kavita, a differently abled girl working to stop human trafficking on the India-Nepal border. To her, India has offered a chance to revel in independence and self-sufficiency, and there is an empathy for those on the other side of the fence.

In allowing these voices to emerge unfiltered, Mahajan portrays the feeling of being an ordinary human being caught in the midst of larger geo-political, social issues. It also underlines the apathy of politicians and bureaucrats.

There is a genuine humanism that drives the film. Eschewing formal interviews, its features simple, personal conversations which are revealing. It is also telling that five of these stories belong to women. They are, after all, the most affected and ignored population. Mahajan's own mother, Rekha Mahajan, features as one of them. As she speaks longingly about her hometown, across the Wagah border, it is hard not to note the tinge of regret. 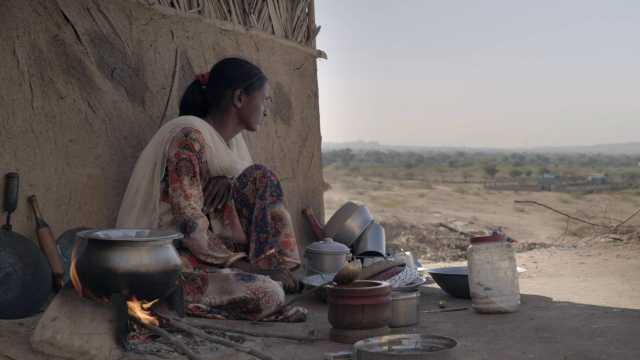 Similarly, Dhauli, who travelled across the border to West Bengal after marriage, confesses she hasn't gone back to her family, even after her husband's demise. "This is my home now," she says. Her solace is in the 'Milan' bazaar at the barbed wire gates where her sisters and uncle exchange notes under the watchful eyes of authorities.

The filmmaker Surjakanta, who resides at the India-Myanmar border, brings the only male perspective in the film. His optimism, determination and aspirations are typical of the humour and light-heartedness at the heart of Mahajan's documentary. The sight of him showing off his father's 3D toy camera is a genuine moment of childlike joy, which elevates the film.

Borderlands is a fine documentary that manages to dive deep into the lives of its subjects without seeking to exploit them. The realist aesthetics of the film do not impede it. Omkar Divekar's camera moves in an intimate manner capturing the little gestures and expressions expertly. It is sensitive and moving and educates us about people hidden in plain sight. Anadi Athaley's wonderful editing keeps you engrossed and advances the narrative seamlessly while capturing each moment perfectly.

Samarth Mahajan's documentary is technically excellent and illuminates the many nuances of lives that are tethered to geography. In times of uber-nationalism, it is a sensitive portrait of life itself.

Borderlands is being screened at the Dharamshala International Film Festival.

Anshuman Pratyush's film only serves to educate the audience on the abortion rights of a minor...

The film offers a convincing cinematic recreation of the historic football match that brought an its...