With a duration of nearly two hours and 40 minutes, Bogda is an excruciating journey.

The theatrical trailer of Bogda looked promising. It drew the viewer into the world of an ailing mother and her obedient daughter, Teju. The background music, the ‘Zhumbad’ song, and some slick editing heightened interest in an unusual subject.

With Marathi cinema throwing up gems every now and then, Bogda sought to piggyback on that sentiment, replete with artistic visuals and a strong background score.

However, the film is a gloomy take on illness, death, and one of the most precious relationships — that of mother and daughter. This incorrect signalling is unpardonable.

As Mai (a delightful Suhasini Joshi) expresses her wish to choose death over suffering, Teju (an unemotional Mrunmayee Deshpande) is caught off guard by her mother’s stubbornness.

Teju is an aspiring dancer forced to work at a local pickle factory to support the family. Her mother keeps disdainfully mentioning her late husband, an artiste who refused to run the household. Forced to bring up Teju as a single parent, Mai discourages her from pursuing her passion for dance, fearing another setback caused by artistic thought and freedom.

Teju is forced to accompany her mother to Thampi, a town where she can spend her last days. Last year’s festival favourite, Mukti Bhawan (Hindi, 2017), had a similar premise: a son (Adil Hussain) is forced to leave behind his life to accompany his stubborn father (Lalit Behl) to Varanasi where the latter hopes to die and attain salvation. 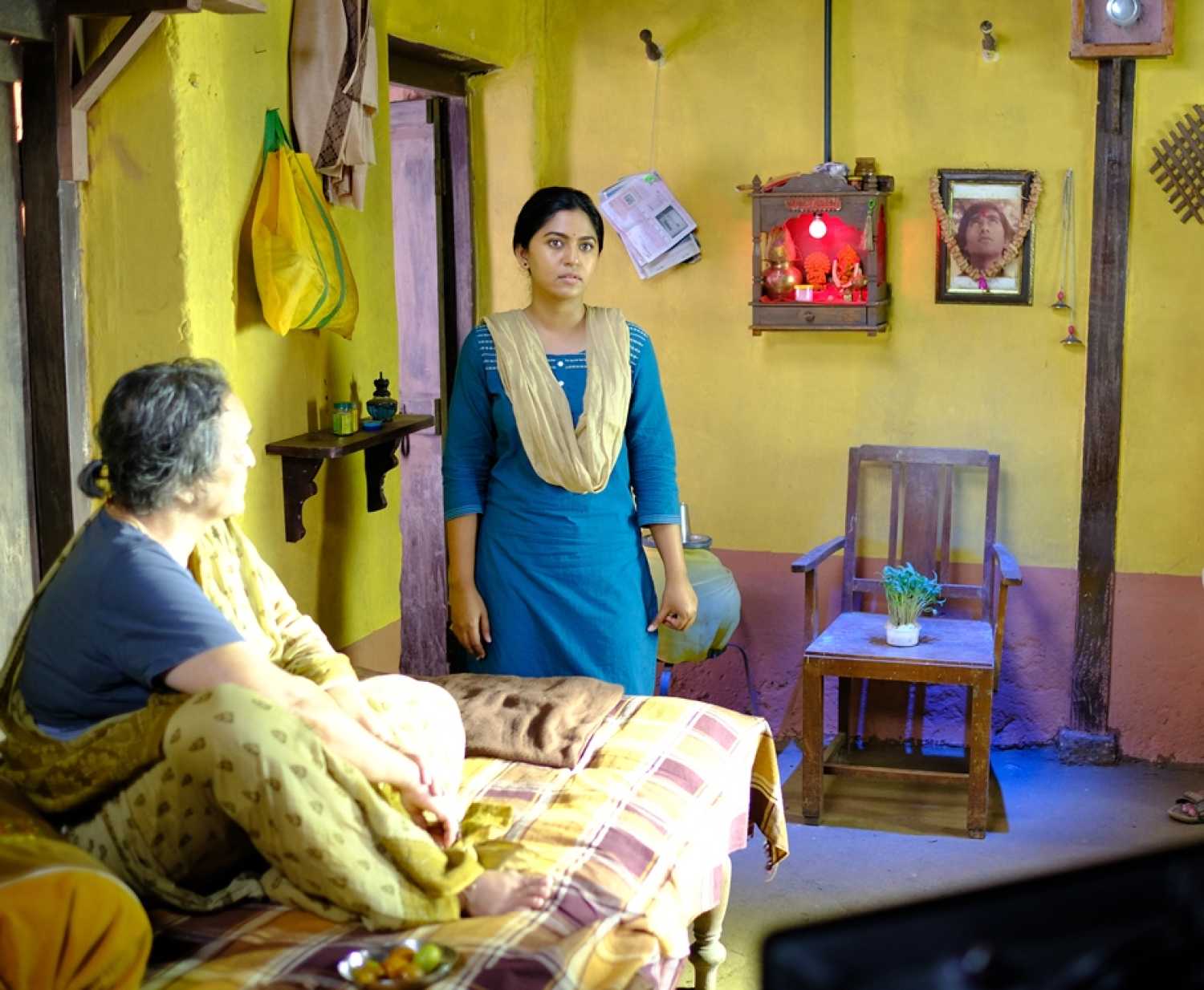 In any road-trip film, a catharsis and transformation are the most convenient devices — think Zindagi Na Milegi Dobara (2011), Piku (2015), and this year’s Karwaan. On the road, Mai and Teju must reconcile and heal their strained relationship. They must resolve it before Mai heads to Thampi, a place where they guarantee death in seven days, with all rituals, in a completely organic way. Whatever that means.

Will the eccentric Mai come around to see Teju’s love for dance? Will she actually go to Thampi where she is guaranteed death?

The world of Bogda is full of close-ups in the first half, suggesting the confined states of mind of the characters. Director of photography Pradeep Vignavellu later switches to long and aerial shots to suggest the freedom Mai and Teju experience. The film is visually appealing, but nothing could make it any less boring. Wanton scenes give the impression that there was little editing involved. While it is certainly difficult for a filmmaker to choose what to keep and what to dump, the apparent attachment to everything that has been shot puts the viewer at a disadvantage.

Bogda, or tunnel in Marathi, is used as a reference to the journey between life and death. Director Nisheeta Keni takes her time (the whole first half actually) to establish the characters. Then she takes another hour to reiterate the conflicts between among them. By the time she gets to the point, you have snoozed away into another world.

Suhasini Joshi’s character is one you love and hate. Spitting seeds of fruit inside the house and wearing Teju’s lipstick just to annoy her are among the habits that make her likeable. Mrunmayee Deshpande is reserved in her performance; however, she barely carries the weight of passion on her slender shoulders. We don’t see her practise nor is she a picture of grace when doing her hastamudras. Her love for dance isn’t convincing.

At nearly two hours and 40 minutes, Bogda becomes an excruciating journey. It is a self-indulgent hobby project. In the name of an entertaining road trip, it just goes all over the place.

While the film had great potential to become a delicate and memorable take on relationships, it turns into a laborious process of self-discovery. As the director loses track of time, you lose interest in the characters.

Avoid this pall of gloom and boredom.

Cinestaan Curates: Snakes And Ladders is an agonizing film about power and its subjects

The Marathi short film is being screened virtually as part of the Bengaluru Short...

Starring Shivraj Waichal and Shivani Rangole, Idiot Box experiments with the traditional style as a...