Binnu Ka Sapna shows us how the patriarchal mindset and sense of entitlement of some men is passed down, unknowingly, from one generation to the next.

Binnu has grown up listening to a story about his mother getting slapped by his father. The reason for the slap is pathetic, to say the least. He slapped her for merely emerging from the same room as her brother-in-law.

The short film is carried entirely by Binnu's inner monologue as he wrestles with his feelings about love, morality and the default embedded patriarchal mindset.

Director Kanu Behl chooses a unique style to narrate this story. We witness key moments of the protagonist’s life that shape his beliefs through several montages. The montages are supported by the protagonist’s inner monologue about love, life and many other random topics.

This narrative style benefits the film because we have to pay close attention to both the audio and the video and that keeps us on the edge of the seat throughout the film. 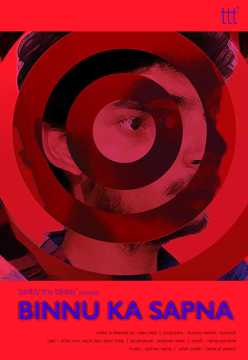 Chetan Sharma plays Binnu and does a fantastic job. He had a huge responsibility considering that his character features in almost every scene. Jatin Sapru, now a well-known actor, also appears in a very small but important cameo.

The camerawork is very raw. Some sharp edits and tight closeups make you uneasy and that is exactly what the director wants you to feel while watching this short.

The film also reminds you of short films like I Love You Too and A Proposal by filmmaker Aadish Keluskar. Filmmaking students and admirers of experimental cinema must watch these three short films.

Binnu Ka Sapna was screened at the 10th Jagran Film Festival in Mumbai in September 2019. The film is available for viewing on MUBI India from today, 22 December 2019, for 30 days only.

This espionage web-series reveals, once again, the director's fascination with subjects on...

Filmmaker V Shantaram’s black-and-white musical on the brave doctor's life is an inspiring...