Director Debaloy Bhattacharya’s film, an original story on the detective, is not merely a thriller but it attempts to explore the character of the aged Byomkesh, going beyond his persona as a detective.

When it comes to a storyline involving the iconic Bengali sleuth Byomkesh Bakshi, one cannot help but anticipate spine chilling twists, intelligent plot progression without a single loophole and a hard hitting climax that not only helps restore faith in the favourite detective, but also satiate the thirst for an out-an-out thriller. However, Debaloy Bhattacharya’s Bidaay Byomkesh (2018), an original story on the detective, is not merely a thriller but it attempts to explore the character of the aged Byomkesh, going beyond his persona as a detective.

Here, the director has taken a clever decision to focus on the drama of complex relationships in Byomkesh’s household rather than aiming high in the thriller quotient department. His success lies in accepting his limitations and not trying to surpass the master storyteller Sharadindu Bandopadhyay, the creator of Byomkesh Bakshi.

Now, does he manage to take Byomkesh further and achieve success in presenting his grandson Satyaki as his legatee? Yes, he does and that too, without taking away the spotlight from Byomkesh. Interestingly, here the character of Byomkesh does not grow as a detective rather it matures as a human being, as a father weak in affections for close relationships and as a grandfather with insight and wisdom.

The film has an intriguing opening.

A murder takes place. A man with a knife stained in blood enters Nonapukur Thana. He claims to be DC Abhimanyu Bakshi (Joy Sengupta), the son of the legendary detective Byomkesh Bakshi and asks the police inspector to inform his father that he has committed a murder.

The plot then shifts to the aged Byomkesh’s (Abir Chatterjee) household. He is shown to be immersed in his own world, reciting lines from classic Bengali poems, making clay idols and talking to his late wife Satyabati (Sohini Sarkar) in his imaginations. At the same time, his grandson Satyaki (Chatterjee) is seen to be having a harmless fight with his girlfriend Tunna (Sarkar) outside the entrance of his house. At home, as soon as he sits on the dinner table, an argument takes place between Satyaki, his mother Anusua (Bidipta Chakraborty) and Byomkesh. Anusua brings up Abhimanyu’s name and Satyaki ends up blaming his grandfather for not being able to find the whereabouts of his father who has been missing for the last two years. 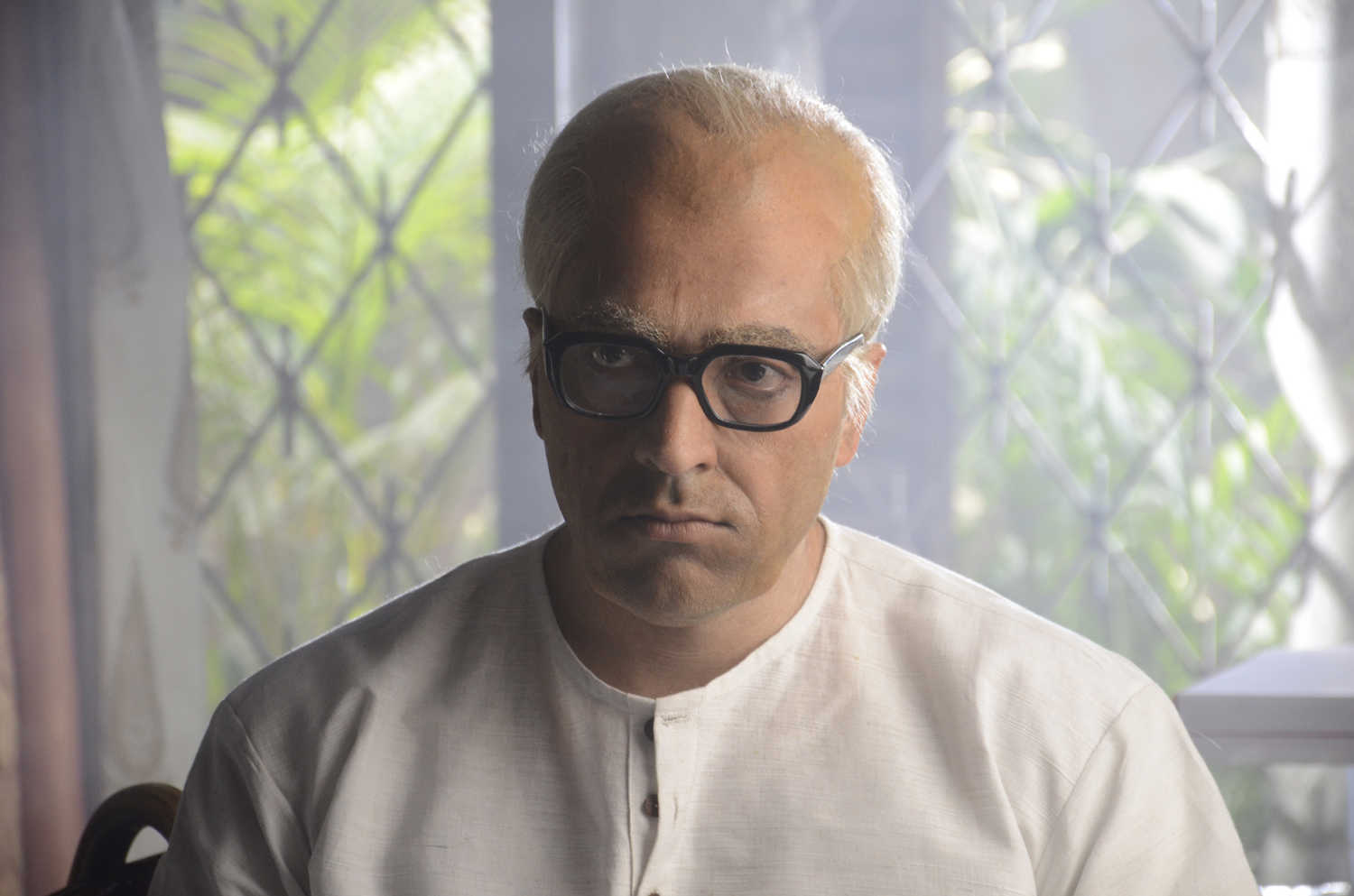 While contemplating on Satyaki’s allegation towards him, Byomkesh receives the call from Nonapukur Thana that Abhimanyu has returned after having committed a crime.

The return of Abhimanyu sets Byomkesh on his quest for truth again after years. However, he is repeatedly reminded of his frailty by the police officers when he asserts his firm belief in Abhimanyu’s innocence.On the other hand, Satyaki starts assuming that Byomkesh, in order to serve justice, is trying to get Abhimanyu convicted in the murder.

How does Byomkesh stay strong on his intuitions when everyone seems to lose faith in him? Does Satyaki also believe that his father is a murderer or he merely tries to avoid going deep into the world of crimes, having been entirely ignored by his dutiful father in his childhood?

Bidaay Byomkesh is not only a detective film, it is also an emotional story: Debaloy Bhattacharya

The murder case in itself is not full of twists like Byomkesh stories, but the entire plot is. The clues that gradually reveal the face of the crime and parallelly, the underlying conflicts between Byomkesh and Satyaki, Abhimanyu and Anusua, and Abhimanyu and Satyaki fill the film with enough moments of suspense to engage the audience.

The world of Byomkesh, his hobbies, coded hints to the truth behind the crime or the fiasco is fascinating. Also his hallucinatory conversations with Satyabati and his partner of his heydays, Ajit, might seem a bit dragged, but they do make a lot of sense. In moments of self-doubt, Byomkesh takes to consult with these two most trusted confidantes, who had seen him unveil the truth behind the most complicated mysteries in his days of glory. 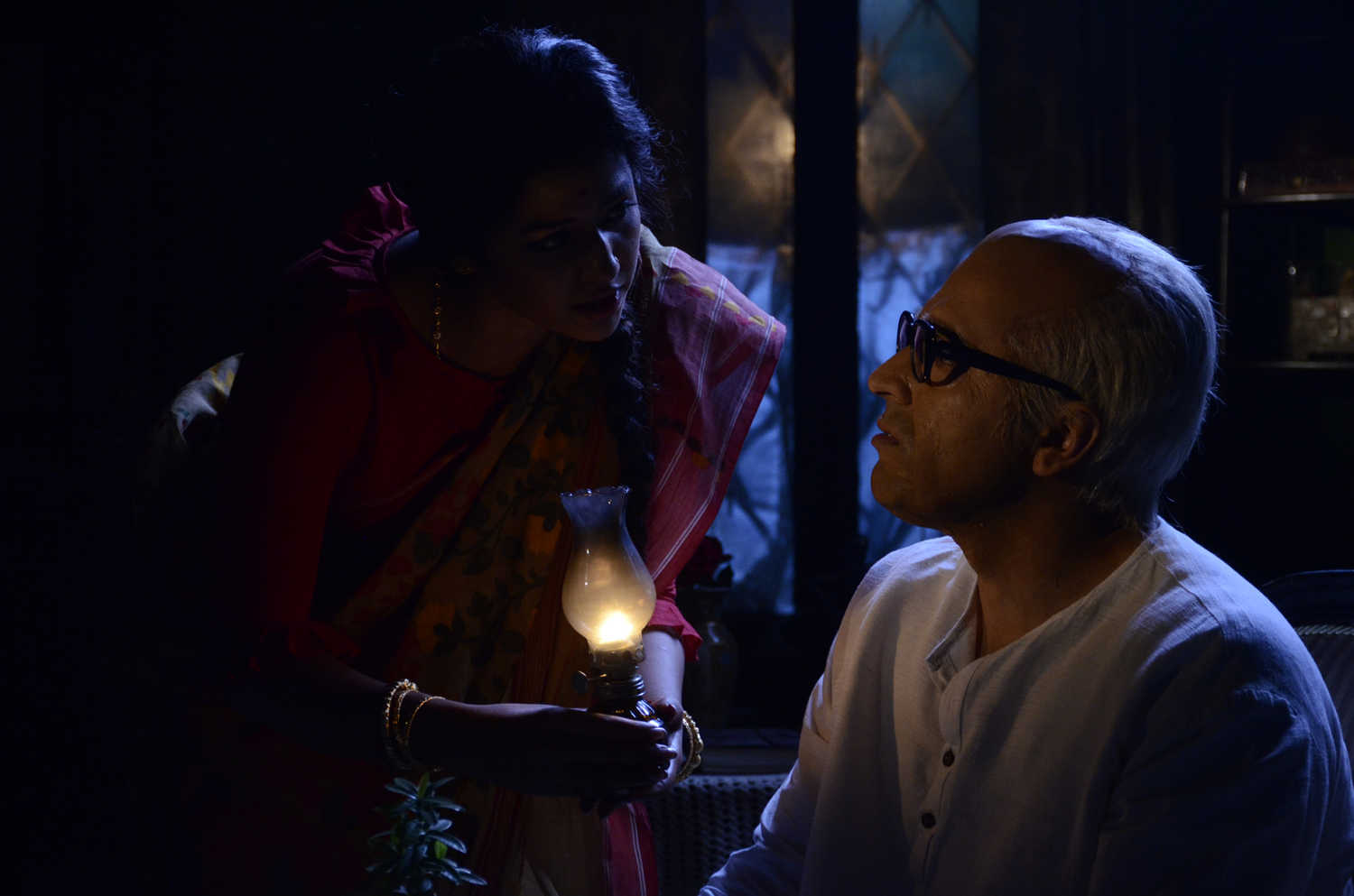 Satyaki’s transformation from an arrogant immature young lad, who initially feels better to be away from the field exhausted by his forefathers; to the seeker of truth, who cannot deny the inherent qualities of his blood, is organic as well. Thankfully, he doesn’t turn into a detective altogether but he rather fits in the role of the charioteer of Krishna (Byomkesh). While Byomkesh lays the base of entire the investigation through his intuitions sitting in his home, Satyaki accomplishes them in the battlefield.

Director Bhattacharya has also put his utmost dedication in turning Bidaay Byomkesh to a visual treat with brilliant cinematic moments. Ramyadip Saha’s cinematography and Sanglap Bhowmick’s synchronised editing has put Bhattacharya’s vision on screen. There are ample montages and juxtaposed sequences that bring out the subtexts alongside the main storyline; however, at times they get confusing too when trying to crowd too many elements together.

Though Byomkesh doesn’t lose his glorious position in the storyline but his prior knowledge of many of the events leading to the crime does take away a little of the prowess that he exhibits in solving his cases. To see him, no matter how old he gets; to not decode a series of hidden clues with his quick mind, might cause pain to his die-hard fans.

Also, the primary plot of the crime (or crimes?) lose clarity at times. Some of the characters solely brought in with the purpose of presenting surprising elements, lose their agency. Admittedly, Bhattacharya wanted to the set the crime in Byomkesh’s household; however, the entire crime scene could have been more ingenious.

Abir Chatterjee is better as Satyaki than the aged Byomkesh. While he brings out the immaturity and vulnerability of Satyaki with ease, as Byomkesh, his dialogue delivery appears to be flat at times. Not to forget that he is one of the foremost Bengali actors to carry off full-fledged prosthetic make-up onscreen. 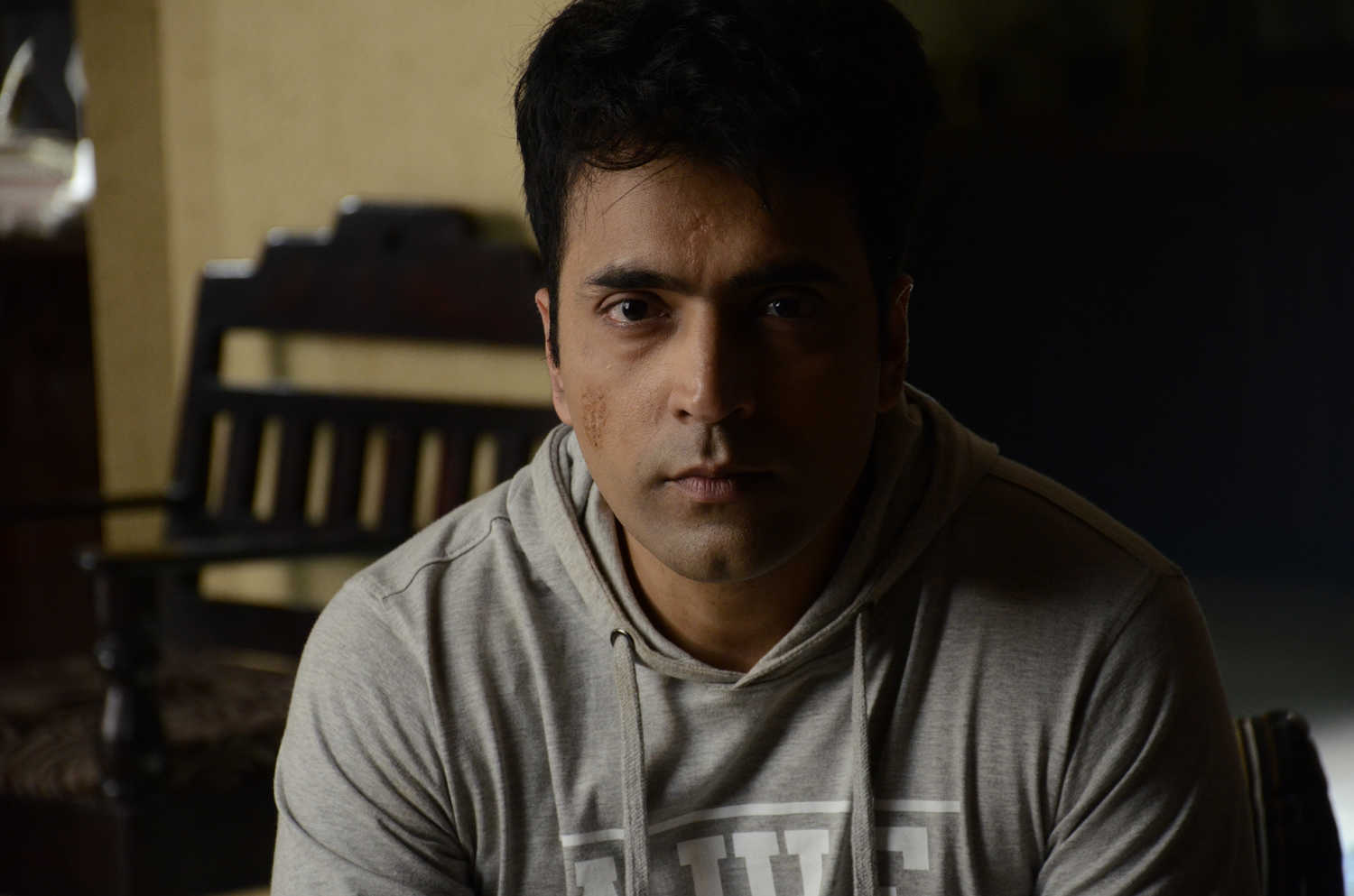 Sohini Sarkar delivers a decent act as both Satyabati and Tunna. Bidipta Chakraborty, perhaps could have been a more dramatic in receiving the news of the murder in the beginning, though, she makes up for the lack in the end and retains a certain mystery around her countenance throughout.

Joy Sengupta stands out as Abhimanyu as he brings out the various shades in his character, when he is adamant, betrayed and affectionate towards his son. Rupankar Bagchi too surprises as the shallow DC Krishnendu Malo. Sujoy Prasad Chatterjee turns over the top during the climax and takes away the essence in the end quite a lot.

The background score doesn’t really drop or overpower keeping up with the pace of the film.

Bidaay Byomkesh is definitely worth watching for its cinematic craft and the design of the storyline by Bhattacharya. Despite the few mistakes, his magnum efforts are clearly visible throughout the film. However, this reviewer doesn’t think that Byomkesh can ever bid adieu (bidaay) to his huge fan following in and out of Bengal.

Sukumar Ray review: When Satyajit Ray made an engaging documentary with just photographs

The documentary shows how the legendary filmmaker's father Sukumar Ray, too, led a fascinating...