The nine-episode web-series by Ashish R Shukla is riddled with cliches and caricatures, making it unbearable to watch.

Divyenndu Sharma was seen recently in the second season of Amazon Prime Video's crime thriller web-series Mirzapur in which he plays the dreaded gangster Munna Tripathi. The actor has received a lot of praise for his performance in the series which is known for excessive violence and profanity.

It seems the creative heads at ALT Balaji and Zee5 decided to cash in on this trend of Hindi heartland gangster dramas and, during a brainstorming session, came up with the idea of Bicchoo Ka Khel. And who better to lead the web-series than Sharma, who is riding high on the success of Mirzapur? The setting this time is Banaras, a mere 60 km from Mirzapur.

But the makers forgot that a great idea alone is not enough to make an engrossing series; the execution of that idea makes all the difference. And here they faltered. While watching the web-series you can't help but think that this might be the enactment of a rough draft of the script that somehow was never refined.

Bicchoo Ka Khel is a revenge drama based on a novel of the same name by Aman Khan, which has been adapted for the screen by Ghalib Asad Bhopali and Gibran Noorani. 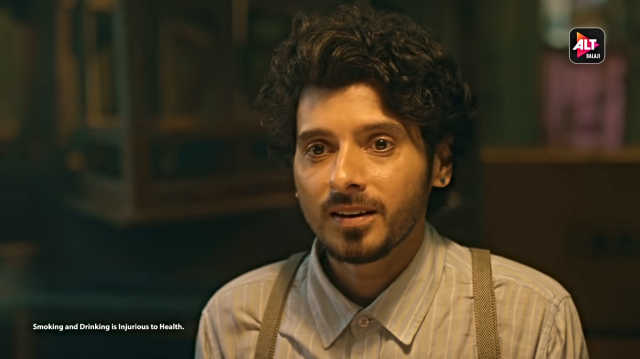 The web-series follows Akhil Srivastav (Sharma) who, with the help of his friend and lover Rashmi Chaubey (Anshul Chauhan), decides to take revenge on his father's killers. He has devised an elaborate plan to find and punish every culprit, but as he digs deeper, things get murkier, pointing to a big political conspiracy.

Along the way, Akhil realizes that he might have bitten off more than he can chew. How will he now extricate himself from this mess while also avenging his father's death? There is also a laidback police inspector (Zeishan Quadri) who is tasked with untangling this mystery.

Apart from the inferior production quality, one aspect that makes this series different from Mirzapur is its breezy tone. Even when things are getting out of hand for our protagonist, the general tone remains light-hearted, which makes the awful writing by Bhopali and Noorani a little bit bearable.

There is absolutely no logic or even a shred of realism in the show, which are key factors in any crime drama series. For example, people sneak into a heavily guarded mansion without breaking a sweat and courts acquit the accused at the very first hearing. While it was good to see a lower court let off an accused immediately once the police failed to provide proof, in real life it is highly unlikely that the common man will get any such consideration.

All the characters, including Sharma's Akhil, come off as caricatures. While it was touted in the promotional material that Akhil is a passionate pulp-fiction writer who uses the knowledge he has gained from crime novels to avenge his father's death, the character displays no such qualities in the series. Except for a passing mention in the first episode, the show never focuses on this aspect. We have seen this specific trope being used smartly in Drishyam (2013, Malayalam) and Bicchoo Ka Khel squanders a great opportunity to use it to amp up the engagement and entertainment quotient.

The acting is average across the board here, be it by experienced artistes like Rajesh Sharma and Satyajit Sharma or a newcomer like Chauhan. The director must share the blame for such bland performances. Indeed, it was surprising to see Shukla helming such a mediocre web-series after impressing viewers with Undekhi (2020) and Bahut Hua Sammaan (2020).

Here, Shukla fails to find the perfect balance between humour and a serious crime drama, something he had done quite successfully in the previous two projects. The idea of using superhit retro songs as a background score works quite well in the initial episodes but eventually goes stale and loses its charm.

The final nail in the show's coffin is the wayward editing. Bicchoo Ka Khel has been edited by Vikas Sharma, Vishal Sharma, Adil Hussain and Sandeep Bhatt, and the lack of cohesiveness is perhaps down to too many cooks spoiling the broth.

Bicchoo Ka Khel is now being streamed on Zee5 and ALT Balaji.

Naxalbari review: A decent attempt to expose the root cause of Maoism and its impact on people

The nine-episode series tries to do a balancing act by portraying both sides of the conflict with in...

Tindey review: An endearing film about encounters in the dating world

The film looks at the encounters of a middle-aged man as he navigates the world of dating...

Kaala review: An unexceptional portrayal of racism in the country