Vinay Vairale’s direction does not do justice to the man who left a colossal impact on mainstream Hindi cinema.

A film about movie mogul BR Chopra, Vinay Vairale’s documentary, produced by the Films Division of the Union information and broadcasting ministry, takes us through the journey and major milestones in the illustrious career of the man who gave us socially conscious films like Afsana (1951), Naya Daur (1957), Dhool Ka Phool (1959), Dharmputra (1961), Gumrah (1963), Waqt (1965) and Pati Patni Aur Woh (1978) and whose name is forever etched in film history.

We begin with a recounting of Chopra’s early days. Born in Lahore in pre-Partition Punjab, Chopra became fascinated with the moving images while working as a film journalist. Deeply inspired by George Fitzmaurice’s The Son Of The Sheik (1926) starring Rudolph Valentino and Vilma Bánky, he decided to become a filmmaker.

With this aim in mind, Chopra came to Mumbai in 1948 and made his first film Karwat (1949) by selling his wife’s jewellery. Although the film flopped, it opened doors for him and he went on to make his next film, Afsana, starring Ashok Kumar in a double role, which was a big hit.

There was no looking back thereafter for the filmmaker with a knack for gauging the pulse of the audience. Over time, his BR Films became a veritable movie empire. His experience as a journalist had taught Chopra that the story is of utmost importance and he set up a full-fledged story department to work on scripts in his production house. While his films were entertainers, the social themes were never far behind. 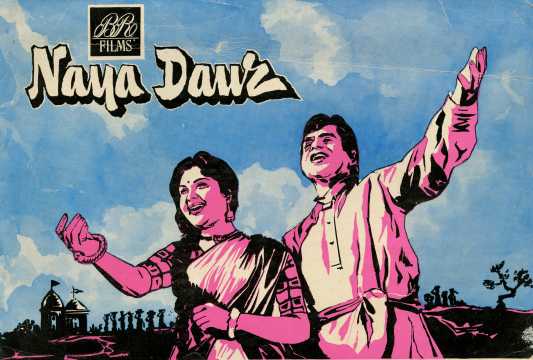 Interspersed with scenes from his films, Chopra narrates a few incidents that shaped his career, sharing a few anecdotes, including one of then prime minister Jawaharlal Nehru writing to him in admiration of Naya Daur. The documentary also sees interviews with actors and members of the film fraternity who speak about what set Chopra apart from other filmmakers.

55 years of Waqt (1965): The film that created the Yash Chopra imprint

Although the life and times of BR Chopra make for an interesting watch, Vairale’s direction is clunky. One would have liked to know more about the man and hear from his colleagues about his craft. But the anecdotes are few and far between and the names of the interviewees are not even mentioned! One is just supposed to guess who the speakers are.

The documentary covers Chopra’s achievements in broad strokes. If you wish to see a more informative and engaging film on his oeuvre, you will need to look elsewhere.

BR Chopra: Milestones In Celluloid was part of an online festival created by the Films Division, titled Masters’ Constellation, and held from 9–11 July 2021.

The 20-minute film successfully highlights the salience of the Kummatty (1979) director's style...