Aval review: Siddharth, Andrea Jeremiah's film scares you out of your wits!

Director Milind Rau has you trembling with fear as he tells the story of a couple who live at the foothills of the Himalayas.

At a press conference a few weeks ago,actor Siddharth, whose company Etaki Entertainment is one of the producers of the film Aval, had, brimming with confidence, claimed that his film was sure to scare the wits out of the audiences.

To be fair, that's exactly what the film does. Aval rattles you.

The film is a genuine horror flick that has been exceptionally well made. The story begins with Dr Krishna (Siddharth) and his wife Lakshmi (Andrea) leading a peaceful life in the foothills of the Himalayas. Krishna couldn't have asked for a more satisfying life. At the hospital where he works, his services are valued immensely, and he is considered to be one of the best in business when it comes to brain surgeries.

At home, he has the love of his life, Lakshmi, who has now become his wife, taking good care of him.

Life is peaceful and happy until one day, a new family moves into the house opposite Dr Krishna's home. The new neighbours, a family of six including a maid, are like any other happy family. The two families invite each other to their homes in a bid to get to know each other.

One of the family members, Jenny (Anisha Angelina Victor), the elder daughter of Paul (Atul Kulkarni), a businessman who has married a second time after the death of his first wife, finds Dr Krishna handsome and charming.

She begins to flirt with him, much to the amusement of Lakshmi, who primarily knows her husband Krishna loves her and that the mature head on his shoulders will help him put the teenager in her place over a period of time. Despite Krishna handling the issue with maturity and care, Jenny's persistence continues to increase and this begins to annoy Lakshmi.

Meanwhile, Jenny begins to act in weird ways, even attempting to commit suicide twice. After psychological assessment, it becomes evident that Jenny sees and hears things that nobody else has seen in the house, at least until that point.

When asked what she hears, she says that she hears a woman warning her in Chinese. The warning, when translated, means 'Get out of the house'.

The story is fascinatingly told and full marks to director Milind Rau for the manner in which he keeps audiences guessing right till the very end.

Siddharth, who has also penned the story along with Rau, is a shrewd businessman who knows that any film that glorifies women and villifies men will work big time in today's society. He uses this understanding of the society's mindset to make a film that is both riveting and socio-politically correct.

As an actor, Siddharth is a director's dream. He can be charming one second, childish the next, mean the third and menacing the fourth.
And he can do all of this without so much as even breaking into a sweat. 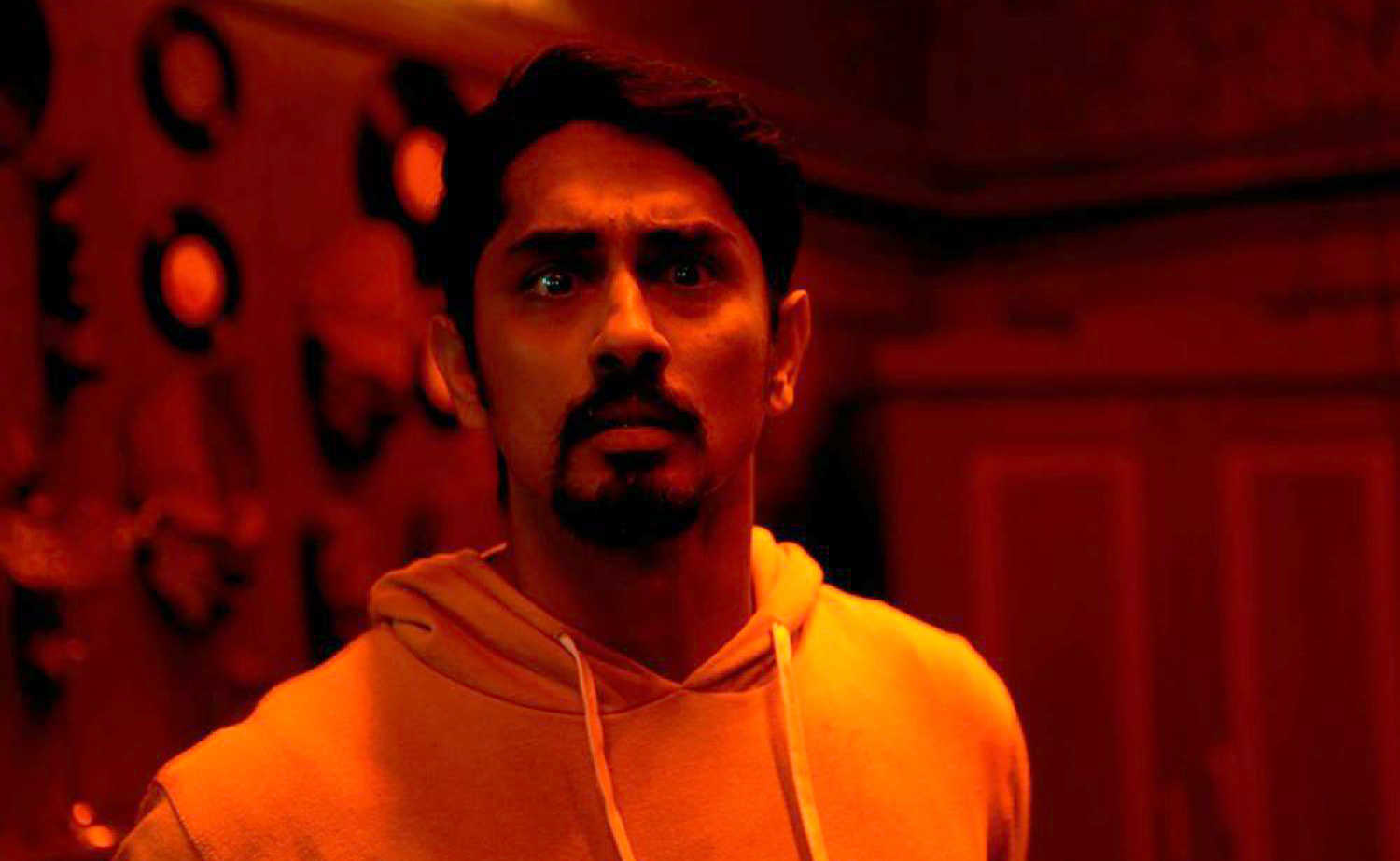 He does a fabulous job of playing Krish aka Krishna. Equally good is Andrea as Lakshmi. The passionate bond that exists between a couple that is madly in love is brought out so convincingly by both actors that you actually believe they are a family, forgetting for two hours that these are just actors enacting scenes in a film. 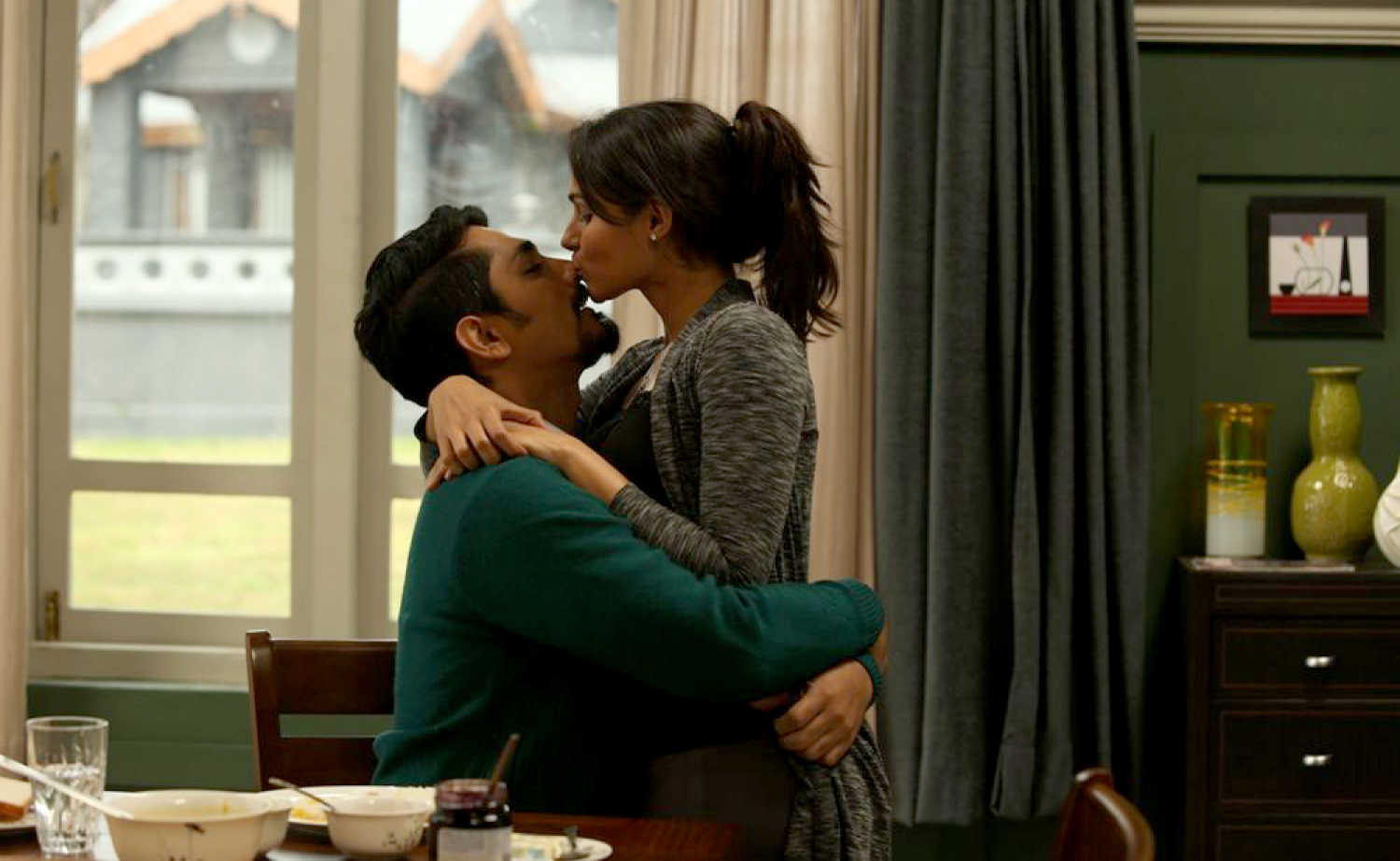 Four other artistes other than these two deserve special mention. Suresh (who plays the psychiatrist) comes up with a strong performance as does Anisha Angelina, who plays Jenny. Kulkarni, who plays Paul, has always been a master of delivering controlled and measured performances and he does that one more time in this film too. A special word of appreciation for the maid and the child who plays Serah, the young second daughter of Paul. Both these artistes too have played their parts to perfection.

The film's director seems to have recieved brilliant support in all three crucial tech departments. On one hand, cinematographer Shreyaas Krishna captures the beauty of the scenic locales of the areas surrounding the mighty Himalayas in the most truthful and striking manner possible. On the other, he accentuates that feeling of fear that the director is trying to create with his carefully planned lighting and shots.

Editor Lawrence Kishore's editing is almost flawless. The only point where one feels a scene is dragging comes right at the end. But that too only for, say, a couple of minutes. Otherwise, there is no point in the film where you are distracted.

But it is the music that actually makes Aval what it is. Girish Gopalakrishnan, an immensely gifted music director, does a phenomenal job with the background score, sneaking fear into audiences' hearts with his carefully chosen tunes. The mood of every scene is aptly reflected in the music that accompanies it. Girish's wisdom lies in the fact that he uses silence, sparingly and as efficiently as he has used music to strike terror.

On the whole, this is an entertaining film that is bound to leave you scared, but thrilled.