Annaatthe review: Even Rajinikanth can't save this dreadful snoozefest

The film is bogged down by the highly melodramatic scenes and stuffed with inconsequential and forgettable characters.

Director Siva, who has joined hands with actor Rajinikanth for the first time for Annaatthe, is nine films old and enjoys a very high success rate. He is also one of the safest filmmakers in Tamil cinema and he’s content to take the tried-and-tested route when making films. The only time he tried to venture out of his comfort zone was when he made Vivegam (2017) with Ajith, and it didn’t work at the box office.

He followed it up with a highly predictable rural entertainer Viswasam (2019), and it ended up being one of the biggest hits of the industry. His latest release Annaatthe feels like it’s been made keeping in mind the success of Viswasam, but unfortunately, the formula doesn’t work in the film’s favour. Despite all the hype and Rajinikanth’s on-screen charisma, Annaatthe ends up being a colossal mess, and that’s putting it mildly.

Rajinikanth plays Kaaliyan, a village president who only bows to goodness and fairness. His world revolves around his sister Thanga Meenakshi, played by Keerthy Suresh.  When she returns home after completing her education, Kaaliyan throws a grand celebration. During the bash, some members of the family feel that it’s time to get Meenakshi married, and they convey this to Kaaliyan. 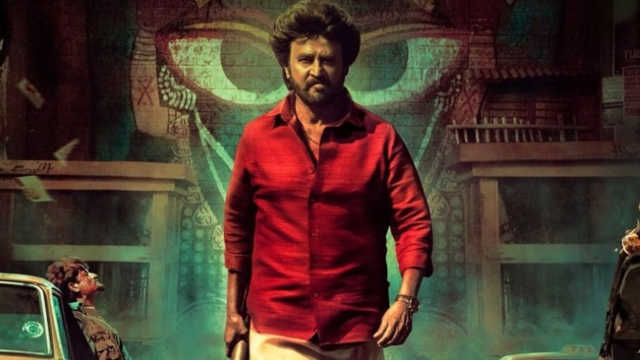 Unsure of the suggestion, Kaaliyan consults with his sister about the idea, and she tells him that it’s his decision that matters the most to her. Meenakshi gets married and shifts to Kolkata where she faces some unknown threats. Just when she feels things are getting out of hand, her brother comes to her aid.

If Siva’s last film was about a father-daughter relationship, it’s the brother-sister relationship that is explored in Annaatthe. Like Viswasam, the film is high on melodrama, but unlike the former film not a single scene stands out.

The film is bogged down by the highly melodramatic scenes between Rajinikanth and Keerthy Suresh which usually end with either of the characters in tears. In scenes where they aren’t shedding tears, it’s the audience who is left to suffer. Some amount of realism in the key scenes between these characters would’ve helped the film stay more engaging.

It’s alright to make an out-and-out logicless commercial film with Rajinikanth but Annaatthe is just the kind of film that should stop being made. Also, Siva’s obsession with filling the film with so many characters just doesn’t make sense when you forget most of them when you walk out. It is disappointing to see artistes like Kushboo and Meena being wasted in silly roles that absolutely have no purpose.

Rajinikanth is earnest as always but there’s not much that he could do to salvage the film. When the story shifts to Kolkata after a dreadful first half that’s mostly filled with scenes between Rajinikanth and Keerthy, the film gets even more painful to sit through thanks to the roles played by Jagapathi Babu and Abhimanyu Singh, who play the antagonists.

Annaatthe is unarguably the weakest film in Siva’s filmography. Those who complained Darbar (2020) was Rajinikanth’s lamest film in recent years will change their opinion as they step out of Annaatthe.