AK vs AK review: Anurag Kashyap, Anil Kapoor battle it out with fists and wits in this entertaining meta thriller

The filmmaker and the veteran actor are part of a unique and daring feature by director Vikramaditya Motwane that examines the perks and perils of celebrity.

There is a long history of actors playing themselves in films from Guddi (1971) to Andaz Apna Apna (1995). Most of these are enjoyable cameos wherein the actors poke fun at their celebrity with a wink and a nod to the unseen audience. In Vikramaditya Motwane’s AK vs AK (2020), actor Anil Kapoor and filmmaker Anurag Kashyap play exaggerated versions of themselves in a strangely engrossing thriller.

After a public spat at a film panel that goes viral, Kashyap finds himself on the losing end of public opinion and decides to take some action. He shows up at Kapoor’s film set with a proposal for a new film, which begins immediately. Kashyap is the villain of the piece while Kapoor is the hero, looking for his abducted daughter Sonam, played by the star herself.

The veteran actor has until sunrise to find Sonam and he has three strict rules to follow. A gleeful Kashyap informs Kapoor that he is not allowed to contact the police or enlist others in the search, and he must allow the cameras to keep rolling, no matter what. The filmmaker is being shadowed by a young hopeful director Yogita (Yogita Bihani) for a film school documentary, but will use this new footage for his next project. 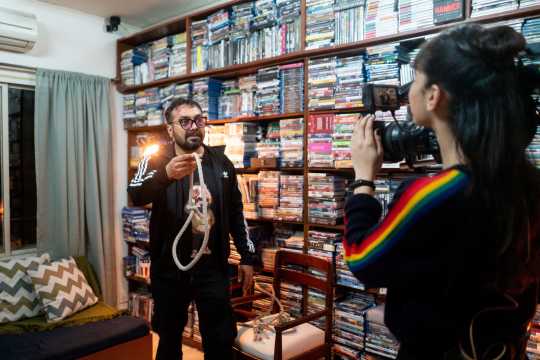 Each time the veteran actor disobeys the rules, he falls back further in his quest. So Kapoor sets off, once it becomes quite clear that this is no joking matter, to find Sonam in a wild goose chase on the Mumbai streets at night. With a superb soundtrack featuring rap and hip-hop artistes like Kaam Bhaari and even Kapoor himself, Motwane nails the ever-changing mood of the city and its people.

With a tangled script by Avinash Sampat, AK vs AK is loaded with inside jokes that the casual Hindi fan might miss. One needs to be familiar with the filmographies of those involved to appreciate the barbs and insults that are hurled about. Even director Motwane doesn’t get a reprieve as Kapoor’s son Harshvardhan complains that he was screwed over in Bhavesh Joshi Superhero (2018).

Motwane’s feature is inherently ‘meta’ but takes it up another level. This is one audacious idea turned into an entertaining duel, of fists and wits, as the idea of celebrity and what it means to live a public and personal life is examined. At several points, AK vs AK also questions who is more necessary to a film, an actor or a director.

Like actress Neena Gupta and her daughter Masaba who played themselves in the Netflix series Masaba Masaba (2020), the filmmaker and the actor both take jabs at their own images in the process. It is indeed a brave choice on the part of both Kashyap and Kapoor to choose this project. 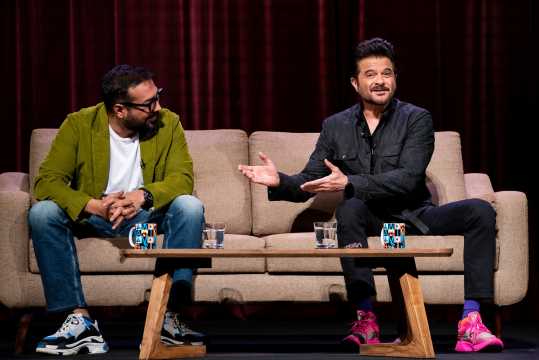 Kashyap, who has several acting credits to his name from Luck By Chance (2009) and Akira (2016) to Ghoomketu (2020), relishes the chance to poke fun at his own persona. Here, he is showcased as someone willing to take it to the edge, with nothing to lose.

Kapoor states at the beginning of the film that the secret to his longevity is his shamelessness. In the film, he is willing to risk it all for family. But more than that, AK vs AK shows the actor’s adaptability. At a key moment, he stands, bloodied and bruised, on a stage, dancing his trademark Lakhan step to the delight of his fans, while he is at his lowest.

Shot in the form of cinéma vérité but feeling very much like a mockumentary at times (a police office mistakes Kashyap for fellow filmmaker Madhur Bhandarkar), AK vs AK is an engaging yet wild narrative that will keep you hooked to the end.

Apart from the leading man’s performance and some impressive action scenes, nothing works in...

7 Star Dinosor Entertainment review: A penetrating and wistful look at the ordeal of migrants during lockdown

The short film, written and directed by Vaishali Naik, examines the existence of two downtrodden who...

Vikram Gokhale played the prime minister in the first season, but this time Mohan Agashe is given...