Action review: Vishal-starrer is an espionage thriller with style but no substance

Action, on paper, is an exciting idea that could’ve been Tamil cinema’s own Ek Tha Tiger (2012). But, Sundar’s execution is all over the place and the film suffers from aimless writing

For someone who has built his over two-decade old career making mindless entertainers, filmmaker Sundar C takes a brave leap as he steps out of his comfort zone to make Action (2019), an espionage thriller that’s slickly made but lacks substance to make an impact. Action doesn’t quite break new ground in terms of an action flick but just about does the job if you see it as an attempt by Sundar C to make something on international standards but not quite succeeding.

The film follows Vishal, who plays a colonel in the Indian army, on a mission to hunt down a dreaded terrorist Syed Malik (Kabir Duhan Singh) responsible for killing a high-profile minister in India. The attack on the minister is carried out in such a way that Vishal’s elder brother (Ramki) becomes the prime suspect. After being suspected of carrying out the attack on the minister, Ramki hangs himself to death.

Shocked by his brother’s decision to end his life, Vishal starts investigating into the attack and he unearths shocking information. The rest of the story is about how Vishal using critical information at his disposal tracks down Syed Malik and brings him back to India. 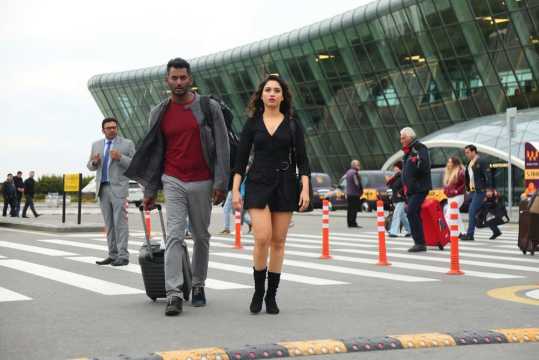 Action, on paper, is an exciting idea that could’ve been Tamil cinema’s own Ek Tha Tiger (2012). But, Sundar’s execution is all over the place and the film suffers from aimless writing and lacks strong characters you can root for. Except for Vishal’s character, Action doesn’t feature a single character that really keeps you invested. Akanksha Puri plays a no-nonsense assassin and her character initially comes across as exciting.

In her introduction scene, we see her shoving her foot on a woman’s neck and she has absolutely no remorse. It’s a character that could’ve been really menacing but after the initial few minutes her character is reduced to a glam doll and she gets a song where she walks around in a bikini.

In spite of Vishal’s earnest efforts to keep Action afloat, the film struggles to engage and ends up as a mega bore. Tamannaah Bhatia has very little to do and even in the few action scenes she’s part of, she struggles to perform stunts and can barely run in the chase sequences. The film has been lavishly shot in some exotic locations around the globe but it barely makes the viewing experience any less boring.

You might want to give an extra mark for Sundar C’s daring attempt to make an international standard action flick but it’s not a solid reason to celebrate the film.