The fact that the film presents the idea of losing one’s virginity as just another human desire makes this attempt laudable.

First-time director Raja Ramamurthy’s Achcham Madam Naanam Payirppu (2022), which stars Akshara Haasan in one of her best roles, is a refreshing film that doesn’t rely on lame sex jokes — a mainstay in Tamil adult comedies in Tamil cinema — to talk about a young girl’s sexual exploration.

With a highly relatable story and situations that most of us would’ve experienced in our lives, the film works to a large extent thanks to its lighthearted tone and treatment. The fact that the film presents the idea of losing one’s virginity as just another human desire makes this attempt laudable.

Akshara plays Pavithra, who has no say in her home. She lives by the rules laid down by her mother (Malgudi Subha), who wishes to see her become a singer just like her grandmother (Usha Uthup). Pavithra is mostly clueless and unsure of whether she even wants to become a singer. However, her mother feels otherwise.

Unable to deal with the pressure put on her by her parents and her mundane life, Pavithra decides to have sex with her boyfriend and she discusses the idea with two of her best friends – Rathi and Jessica. While Rathi is excited about the idea and even encourages her, Jessica feels the exact opposite and wants Pavithra to reconsider her decision. 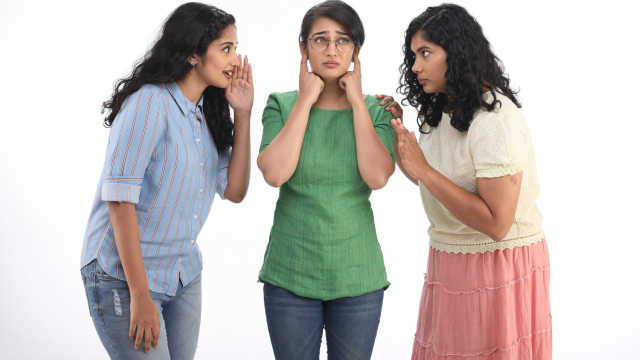 Adult comedy in Tamil cinema is synonymous with double entendres and tasteless jokes. No filmmaker has treated the subject with sensitivity and has made any serious attempt to talk about sex education without making a mockery of the subject.

While Tamil cinema has had its share of adult comedies, they have always been from the perspective of men. Achcham Madam Naanam Payirppu stands out for the simple reason that it talks about exploring sexuality from a woman’s point of view and it does a neat job of getting the message across.

Akshara Haasan is a very interesting casting choice as she possesses both the vulnerability and naivety to play the character. The scenes with her friends are some of the best moments of the film which works despite a wafer-thin plot.

The actresses who play the best friends get to shine in their limited screen space but one wishes the film focused more on the other supporting cast members as well. Usha Uthup is another interesting casting choice but again I wish her character had more relevance in terms of contributing to the central plot.