A Decent Arrangement review: A superficial critique of tradition

Though the film highlights the concept of arranged marriage and its pitfalls, it's difficult to gauge the director's stance on the topic.

Sarovar Banka’s film A Decent Arrangement tells the story of Ashok Mehta (Adam Laupus), a non-resident Indian who lives in the United States but returns to India to find himself a bride. Featuring Shabana Azmi, Diksha Basu and Lethia Nall, the film depicts the young man's futile attempts to adapt to the Indian way of life.

On the way to the home of his cousin Preeti (Azmi), Ashok witnesses certain practices that highlight the stark differences between the Indian ethos and the values he has grown up with abroad. This conflict underscores the narrative until Ashok finally recognises the elephant in the room.

In one scene we learn that Preeti has made an album of prospective brides for her cousin. The selection process is portrayed as a regressive Indian tradition. Ashok feels uncomfortable about Preeti’s preference for fair-skinned women and when she gets flustered when he opens up about his position as a junior copywriter during a meeting with the parents of one of a prospective mate.

While he appears uneasy for the most part of the first half, except for the time he spends with his niece, he hardly seems to recognise his inner conflicts until he meets Lorie (Nall) who he previously bumped into on a train journey. Lorie, a tourist who has no intention of settling down in life, causes him to shed his desperation to get married to someone he doesn’t know well, simply because he is lonely. 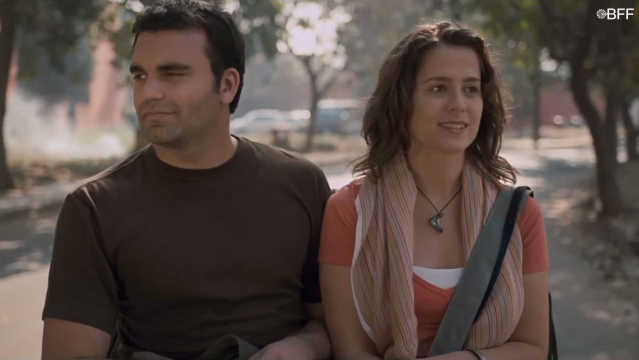 The film, made a decade ago, shows how parents often impose their own will on their sons and daughters and deprive them of their freedom on the pretext of following tradition. The meetings between families turn into occasions for showing off and taking stock of each other's social status.

Azmi is convincing as a typical elderly Indian woman who actively perpetuates patriarchal practices instead of championing the causes of women, who are often reduced to chattel that is exchanged between two families.

Laupus, for the most part, does an okay job as the protagonist, who doesn’t have many aspirations. However, his performance is extremely one-dimensional and at times, his expressions come across as dull.

Nall seems quite natural, perfectly grasping the restlessness inside her as well as the challenges she has to rise above while accepting her loneliness.

Basu plays one of the prospective brides, Amita, with whom Ashok is almost engaged. Basu portrays a character with a sound mind, who is aware that she simply has to abide by tradition to make her parents happy. 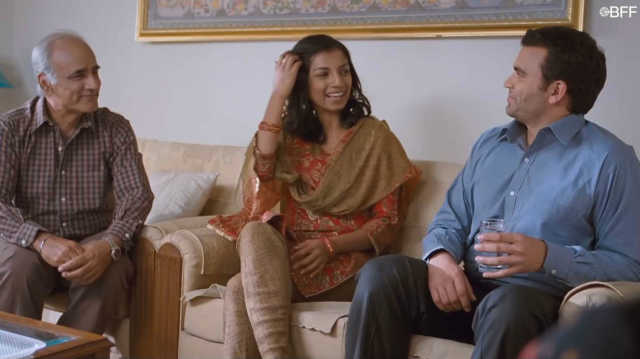 Lensman Amol Rathod follows Ashok with his camera as he makes his way through an unfamiliar town, capturing the various landscapes of the city while not emphasizing anything particular.

Neel Murgai’s music is sometimes overpowering and a tad monotonous.

Though the film highlights the concept of arranged marriage and its pitfalls, it's difficult to gauge the director's stance on the topic. However, by making a decision to follow his heart, instead of values to which he doesn't relate, the protagonist comes to embody the voice of resistance in the film.

The film is being streamed on the Bandra Film Festival's YouTube Channel.

What’s Your Story? review: Examining the ecosystem of indie cinema

OP Srivastava’s documentary takes the viewer into an almost parallel universe in a...

Cinestaan Curates: Mummy is a tender film about the bond between mother and son

Shot in the documentary mode and inspired by a personal moment, it examines the beginning of the of...

Featuring Disha Bhattacharyya and Abhijit Das, the film explores how loneliness often drives one to...