The story had great potential to make the film a hard-hitting social drama on caste discrimination, but Sarthak Dasgupta fails to use it.

It has been almost 110 years since the inception of Indian cinema and yet the so-called lower castes and Dalits or scheduled castes find almost no representation in the stories these films tell. There have been passing mentions of the caste system and its impact, but it is never the focal point.

The scenario is changing slowly, especially in regional film Industries like Marathi and Tamil. In the past half-a-dozen years, filmmakers like Nagraj Manjule, Pa Ranjith, Mari Selvaraj and Vetrimaaran have addressed the issue of caste discrimination head-on in their films. But Hindi cinema continues to distance itself from this new wave. With the exception of Article 15 (2019), which also used the upper-caste-saviour trope, no modern Hindi film has addressed the issue directly.

So it was a pleasant surprise to see the trailer for Zee5's 200: Halla Ho, a film that uncovers what led hundreds of Dalit women to lynch a gangster and rapist in open court. I thought, finally here is a film that talks fearlessly about atrocities on Dalit women. Alas! my joy was short-lived – 200: Halla Ho turned out to be another generic, shoddy attempt that hardly scratches the surface of this important issue that has been plaguing Indian society for thousands of years.

200: Halla Ho sheds light on how the wanton lack of attention by law enforcers and the judicial system to years of caste oppression led to this heinous crime. The film begins with a crush of women hiding their faces under veils and racing out of a court premises. Left behind are a chopped-up body, a few injured police officers, and a destroyed courtroom.

The body belongs to notorious gangster and rapist Balli Chaudhary (Sahil Khattar). An FIR (first information report) is filed and five women from the Dalit community in Rahi Nagar are taken into custody without a shred of proof. Sub-inspector Suresh Patil (Upendra Limaye) is tasked with somehow getting their confession and fabricating evidence to create a foolproof case. But the police have two probems — Aasha Surve (Rinku Rajguru) and Umesh (Barun Sobti).

Aasha also belongs to the Dalit community and has just returned to Rahi Nagar after completing her studies in a big city. She is a strong-headed woman who is well aware that wherever she goes her caste will come first and then her education and skills. She wants to fight for the women's right to a fair trial. Umesh, a lawyer who often takes up cases free and supports Dalit women in their fight against injustice, joins in Aasha's support.

The film spends the first hour establishing all these characters and their motives. Some want to use this incident to launch their political careers; others genuinely care about justice. With several flashbacks, we are also given the context of Balli Chaudhary's reign of terror. Balli, who belonged to a so-called upper caste, enjoyed the protection of politicians and the police and often raped Dalit women with impunity.

The subject matter clearly has the potential to make a hard-hitting social drama on caste discrimination, but director Sarthak Dasgupta and his three writers squander the opportunity and deliver a generic social drama without any depth. Like a child who gets an unexpected treat of his favourite ice-cream and ends up spilling it on his T-shirt in his excitement, the writers and director seem to have had no clear idea what to do with a story with so much potential and end up being all over the place.

The first big issue is the lack of narrative depth. We move from one scene to another, see poor women getting beaten brutally in custody by the police, hear the women narrate the atrocities faced by them and also see a complete lack of empathy from the police and the judicial system. But somehow the film fails to translate their seething rage on the screen. These women who endured hell for over a decade deserved better representation; instead, we get matchstick-figure characterizations.

Yes, you do feel sorry for these women, sometimes even angry because of the lack of empathy in the system, but that's no credit to the film, it's simply because your moral compass is still intact. In fact, I felt more rage while reading a report of the actual incident than while watching the film. 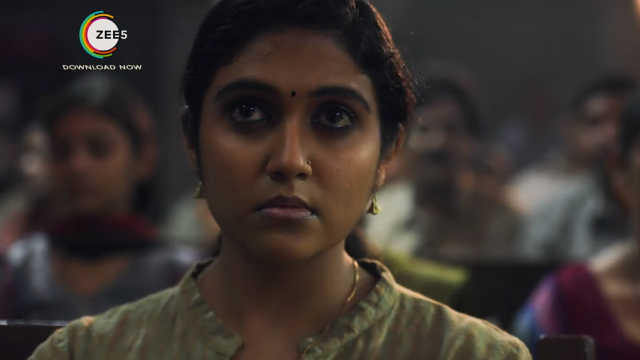 Rinku Rajguru's Aasha is someone we should feel proud of for bravely standing up against Balli and his goons. But her poor characterization and wooden acting don't let you feel anything for her. Rajguru has proved her acting prowess in her previous films, but here she looks uncomfortable in front of the camera, especially in the emotional scenes.

The rest of the supporting cast is severely underused, especially Sobti and Batra. Palekar, the most senior actor in the cast, has a little bit to chew here, and his performance is the only redeeming quality of the film. Even the actresses who play the Dalit women are made to overact to such an extent that instead of feeling sorry for them, you start getting annoyed. Artistes like Indranil Sengupta, Upendra Limaye and Flora Saini appear briefly but have little to do. It is sad to see artistes of such high calibre deliver such an underwhelming performance.

Sarthak Dasgupta's direction ranges from serviceable to awful. The court scenes in particular made me cringe — or maybe Chaitanya Tamhane's Court (2015) has forever ruined courtroom dramas for me. Deep Metkar's cinematography is basic at best. His sudden and unnecessarily weird close-ups sometimes take you out of the scene.

It is also quite interesting how Dalits and the 'lower' castes find no representation in our cinema unless the film's subject is specifically dealing with caste atrocities. It is as if these people are not even part of society. Apart from being oppressed by the 'upper' castes, do they not have any other identity? Don't they have family issues? Don't they enjoy life? Go on a road trip with friends? Get involved in crime? Have an extramarital affair? When are we going to see a simple family drama where the family happens to be Dalit or a slick action thriller where the hero just happens to be from a 'lower' caste?