The real hero of Bombay To Goa – 50th anniversary special


Comedy was in his blood, but Mehmood Ali was more than just a comedian. In a film best remembered for its brand of comedy, Mehmood displayed heroism of a different kind.

When Bombay To Goa was re-released in 2014, Amitabh Bachchan made it a point to attend the event. Soon, the press was agog with paeans to the humility of the erstwhile superstar and his friendship with the legendary actor-filmmaker Mehmood.

But there was something more. Bombay To Goa was Bachchan's first film as leading man. The early 1970s were a difficult time for the struggling actor who was often rejected for his inability to dance. The only one who could spot the hero within the lanky young man from Allahabad was Mehmood.

To categorize Mehmood Ali as a comedian would be an injustice. A versatile actor, Mehmood was someone who could express Shakespearean tragedy with the same elan as a Groucho Marx script. His comedy combined wit, physicality and satire in equal measure to deliver an irresistible cocktail of humour for repressed audiences. 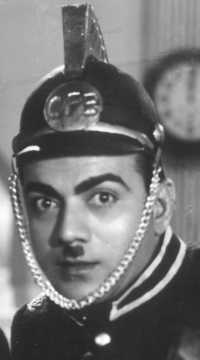 Such was Mehmood's irrepressible presence on the big screen that heroes began to shy away from signing a film with him, for fear that he would overshadow them. Not many may remember the plot of Gumnaam (1965), starring Manoj Kumar, but who can forget that clarion call for equal respect for the dark-skinned, 'Hum Kaale Hain Toh Kya Huwa Dilwale Hain'?

Love In Tokyo (1966), Pyar Kiye Jaa (1966) and Padosan (1968) are shining examples of his blinding screen presence. In Andaz Apna Apna (1994), replete with instances of comedic genius, Mehmood's five-minute cameo brought the house down in the first half. 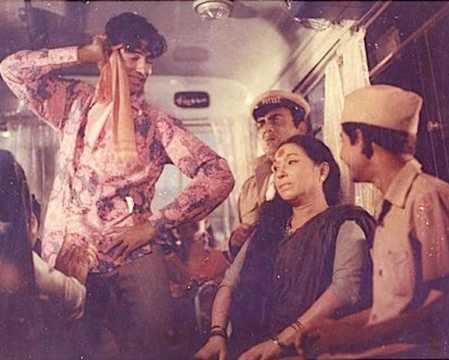 S Ramanathan's Bombay To Goa was another feather in Mehmood's cap. Shatrughan Sinha was still a talented graduate from the Film and Television Institute of India (FTII), Pune, when he was signed up for the film. The hero was a young man Mehmood insisted on signing. His name was Amitabh Bachchan. This was his first film as a leading man. It was also the first time audiences saw Amitabh sing, dance and fight toughies on screen.

In an anecdote mentioned in Hanif Zaveri's 'Mehmood, A Man of Many Moods', the writer said Bachchan was on the verge of giving up on his film career due to his inability to dance to the song 'Dekha Na Hai Re Socha Na'. Typically, Mehmood walked up to the young man and asked how he got to the set. "I took a car," Bachchan is said to have responded. After that? Mehmood continued. Bachchan replied that he walked to the set.

Mehmood looked up and said, "Well, anybody who can walk on his own two feet can dance. You too will dance and the whole world will love it."

Mehmood's brother Anwar Ali had introduced Amitabh Bachchan to him. Anwar had made his own acting debut alongside Bachchan in KA Abbas's Saat Hindustani (1969). Bachchan's stoic manner and deep baritone impressed the senior comedian, who immediately arranged for a screen test.

Legendary radio presenter Ameen Sayani has recalled an interview in which Mehmood, also known for his love for racehorses, remarked that Bachchan was the fastest horse he knew. In Sayani's words, Mehmood said: "The day this horse begins to run, he will leave behind all the film stars we know." Few artistes have the generosity of heart to praise a young unknown and promote him in a ruthless industry the way Mehmood did.

Bombay To Goa was a remarkable film by itself. A comedy caper, remade from the Tamil hit Madras To Pondicherry (1966), it revolved around Aruna Irani's budding starlet who boards a bus to escape the villainous Sinha. The passengers on the bus are an eccentric and unruly lot, managed by the witty conductor Khanna played by Mehmood. The comedian dominated every frame of the film with his witty comebacks and one-liners. Bachchan's dancing and romantic interludes seemed like a break from the routine of Mehmood's antics.

Possibly the biggest victim of this brilliance was Aruna Irani, the heroine, who was signed on simply because Mehmood was infatuated with her. Even Bachchan, the film's hero, turns to Mehmood for assistance when trying to woo the girl. In the presence of veterans like Mukri, Keshto Mukherjee, Asit Sen, Lalita Pawar and Bindu, Mehmood's comic timing shone. Sample this scene in which he displays an almost Buster Keaton-esque style of physical comedy.

The film marked the rise of Amitabh Bachchan's graph, and a long friendship with the comedian. It was Mehmood's support that had convinced BR Chopra to sign Bachchan for Parwana (1971). Two young screenwriters, Salim Khan and Javed Akhtar, watched the film and were convinced they had found the hero for their next project, Zanjeer (1973), with Prakash Mehra.

By betting on Bachchan, Mehmood earned himself a place in the annals of Indian cinema, one that cannot be denied to him even otherwise. More importantly, he proved to be a hero above and beyond his call of duty as a comedian in the film.