The social comedy, led by women, is being produced by Anand Pandit and Vishal Shah.

Yash Soni and Deeksha Joshi will headline the Gujarati film Fakt Mahilao Mate (2022). The social comedy, which has been directed by Jay Bodas, is being produced by Anand Pandit Motion Pictures and Vishal Shah’s Jannock Films.

The project was announced in honour of International Women's Week.

Pandit said, “I have always believed that women-led stories can not just talk about important issues but also entertain the masses and break the box office. When this story came to me, I immediately saw its potential and decided that I would produce it. The fact that Vishal Shah too came on board for the project will make this creative journey even more exciting.” 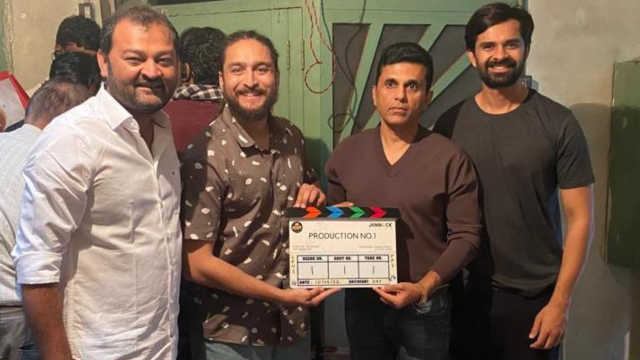 The title translates to Only for Women. Pandit added, “We begin filming today in Ahmedabad and will release the film by mid-2022.”

Soni was last seen in the blockbuster film Chaal Jeevi Laiye! (2019) and is awaiting the release of Raado, which has been written and directed by Krishnadev Yagnik.

Meanwhile, Joshi’s latest, Prem Prakaran (2022), will be released in theatres on 11 March. The musical, directed by Chandresh Bhatt, also stars Gaurav Paswala and Esha Kansara. She is also starring in Vaahlam Jaao Ne with Pratik Gandhi and will make her Hindi debut in the Ranveer Singh-starrer Jayeshbhai Jordaar (2022) later this year.