Made in 2018, the short film had its world premiere at the Dharamshala International Film Festival in 2021.

Abhiroop Basu’s short film Laali (2019), starring Pankaj Tripathi, is being streamed on Disney+ Hotstar. It tells the story of a lonely laundryman, who lives by himself in a room attached to his place of work.

“I made Laali when I was 24. It has finally come out now when I am 28. So, it's almost like watching someone else's film,” said Basu, who earned accolades for his short film Meal (2018) at some of the most prestigious film festivals around the globe.

Laali review: Pankaj Tripathi shines in an intimate film about being loveless and lonely

“I am no longer the guy I was four years back. But of course, you feel good that the film is being talked about again. Even after four years, people are getting excited and are taking in the experience. All of that is great. It makes you relevant as a filmmaker, but it's also true that I have somewhat moved on from Laali. So, I am more excited about all the things I am shooting next,” said the director, who has a few projects lined up for this year.4

He has almost finished shooting the short film Gudgudi, based on an incident that occurred during the 2002 Gujarat riots, which he is hoping to submit to film festivals in August.

Basu is also planning to start shooting a short dark comedy with actress Geetanjali Kulkarni. A Hindi feature film and a web show directed and written by the filmmaker will also go on the floors next year. 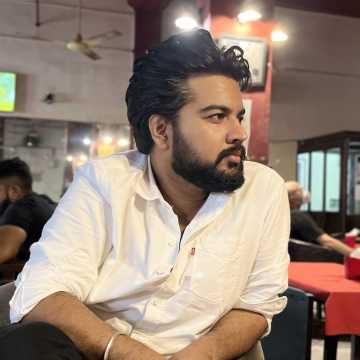 Though Laali is being streamed on one of the leading national OTT platforms, Basu feels that there is no substitute for the theatrical experience that the film affords.

“Whoever has got a chance to watch Laali in a theatre will agree with me. Having said that, we live in 2022, so we have to accept the rules of the times and OTT is the new theatre, also one which is convenient and at the same time economical”, said the director.

He added, “Although, I don't really think Laali is the perfect OTT watch, any audio-visual story, if it's engaging enough should adapt in the form or medium it is being told in and Laali, by far from the reviews that I have been receiving, is doing the job and well!”

Back in 2018, Basu didn’t have a smooth ride convincing Tripathi to do the project. The director somehow managed to get an in-person narration with the actor after a month of wooing him.

“I told him if you want to say no you have to tell that to me in person and not over call. We met at the Taj outside the airport, and his manager specifically told me that he had only 30 minutes he ended up spending two hours with me after I narrated the story and by the end of it, he was on board. No two ways about it, doing Laali with Pankaj Tripathi was a life-changing experience,” added Basu.