The hairstylist spoke about the challenge of bringing the character played by Ranveer Singh in Sanjay Leela Bhansali's period epic to life in the most tangible way.

Sanjay Leela Bhansali's Padmaavat (2018), which was released four years ago today, continues to testify to the filmmaker's lofty ambition, design and large-canvas storytelling. For hairstylist Darshan Yewalekar, who was tasked with styling Ranveer Singh's cruel sultan Alauddin Khilji, it remains the most challenging task in a long career.

Yewalekar has been working with Ranveer Singh for a decade but said the Bhansali epic was his most challenging film as he lacked any 'visual references'. To recreate the powerful Delhi sultan from the 13th century, the stylist had little more to work with than the emotional feel of the character.

He said, "The brief was about the character's graph and I had to create a look that jelled with the decisions Khilji makes in the film. The look had to be in synch with his portrayal and we began with the beard and asked Ranveer to grow it for over two months. When this scruffy long beard framed his face, we had a template that we could carve upon."

Yewalekar added, "We also gave Ranveer a long goatee and accentuated the dramatic elongated lines of his face to bring attention to his eyes, which played such a huge part in creating a sense of danger around the character. Together, we created a character that looked like a formidable antagonist." 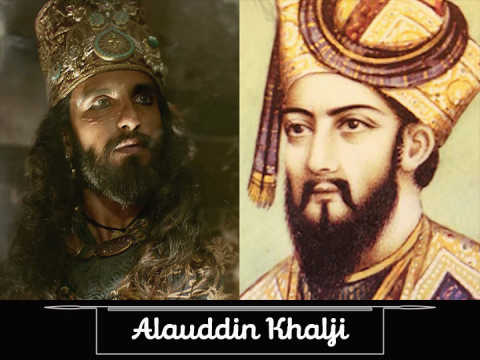 One of the factors that played into Yewalekar's shaping of the character's look was the unpredictability and cruelty of Bhansali's Khilji. "His hair had to be an extension of his persona so as to exude his wild, untamed, careless energy," he explained. "His hair and beard, in the end, made him stand out because they were, for want of a better word, loud and distinctly unforgettable, just like him."

Though a stylist, Yewalekar remained deeply embedded with the film's production. "Padmaavat was shot over a period of eight months to a year," he recalled. "The most challenging bit was to go on the set every day and be an integral part of this mad creative energy, the upheavals that this character is a part of, and to live his story day in and day out. Even though I was not performing, I was kind of on the circumference of this energy and as a creative, sensitive person, it just impacted me very forcefully."

In a media interaction back in 2018, Ranveer Singh had described the shoot as one of the more challenging ones he had done, with moments where he had broken down on the set. "I enjoyed playing Alauddin Khilji a lot, but that is not to say that the shooting process didn’t take everything out of me," the star had said.

Sharing that sense of challenge, Yewalekar put it down to director Bhansali's quest for perfection. "When you work with Mr Bhansali and Ranveer, there is no compromise when it comes to detail," he said, "so it was absolutely important to maintain consistency and perfection in every single shot. As Ranveer's hairstylist, I could not afford to be lax for even a moment. And even though it was very invigorating and creatively satisfying, it was also tough.

"I can totally understand when Ranveer says this was the most difficult character he has ever portrayed," Yewalekar continued. "For me, too, it was hard to detach myself from that character even after packing up because the menacing intensity of his performance would begin to play with my sense of reality. But yes, I feel blessed that I was there to contribute to this landmark portrayal of a one-of-a-kind antagonist."

The stylist recently teamed up again with Ranveer Singh to create the iconic look of Kapil Dev for Kabir Khan's 83 (2021).