Many elements of my #Homecoming character were borrowed from director Soumyajit Majumdar’s life: Tushar Pandey


The actor opened up about his character Shubho, working in Kolkata and how theatre has evolved with the times.

Soumyajit Majumdar's #Homecoming (2022) sees former members of a theatre group reunite for Durga Puja in Kolkata seven years after parting ways. The friends come together for a special reason – their old haunt faces the imminent threat of being converted into a heritage hotel.

Story of #Homecoming is fictional but the film is personal, says director Soumyajit Majumdar

Pandey plays Shubho, the founder of the theatre group Aamra, and the catalyst for the reunion. In a telephonic conversation, the actor opened up about his character, shooting in Kolkata and how theatre has evolved over time.

Highlighting the significance of Shubho, the artiste said, “He is the one who wrote all the plays, and all the other characters were actors or backstage helpers, so it was his vision that brought everyone together.

"He has now become a Tollywood [Bengali cinema] actor and is disillusioned because he had grander ideas [about] what art is and how this world should be shaped. This whole idea of reality comes in and people split and his vision gets changed. Right now, he is earning money, he has status and a position, but he is not completely satisfied.”

#Homecoming made me want go back to theatre full-time, says actor Soham Majumder

Set over the course of a single night, the get-together affords each character a perspective about finding happiness after going their own ways all those years ago. First-time filmmaker Majumdar approached Pandey about the feature after the release of Chhichhore (2019). The actor, who comes from a theatre background himself, could instantly relate to the passion and energy of this project. 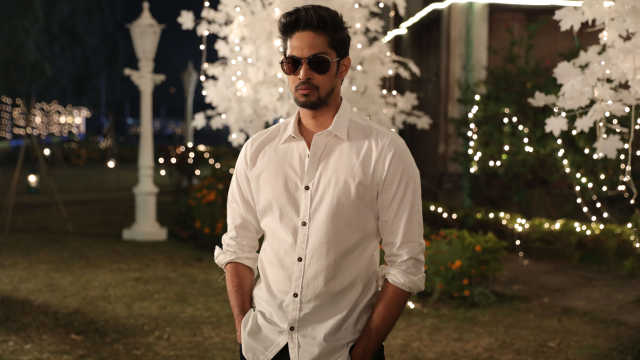 “Quite interestingly, the writer-director Soumyajit has been somebody who actually started a group,” he shared. “There are a lot of elements in Shubho that we got from his own life. We started discussing things and he told me about how much he connects [with] this character. He wants [the film] to be about how life can be formed and how in today’s life, it’s shaping people in a different way. A lot of people are doing work they are not entirely happy with, for money, and how actually you start finding happiness.”

Kolkata is the artiste town of India, says Hussain Dalal on shooting for #Homecoming

#Homecoming was filmed in two schedules. The first was completed right before the COVID-19 pandemic brought the country to a grinding halt in 2020. The second part was shot last year.

Pandey said, “Luckily, the film is set in two eras –  the present and past. We were able to shoot the present before the pandemic, and we shot the past sequences last year. Mentally, it worked really well, because if we had to do the same part afterwards, it would have been difficult. I also wanted to transform a bit because I was looking at [my character as] a thin boy who was eating less but doing theatre and running around trying to do as much as he can. The pandemic gave me the idea [to] try and do something about it.”

The Delhi-born actor was also excited to shoot in the City of Joy. He had played a Bengali character before in Pink (2016), which was helmed by Aniruddha Roy Chowdhury aka Tony Da, and was surprised that the film's creative producer, Shoojit Sircar, and the director saw him in such a role.

“[Tony Da had] said, 'There’s something about you that we want',” he recalled. “That has always stayed with me, that there’s something about Kolkata, Bengal and me. When this film came about, it’s a role that I really liked and I started reading and meeting a lot of friends and classmates [who] are from Kolkata.”

“Then I stayed in Kolkata and started feeling a connection to the city, [be it] the food, be it the lifestyle, be it the whole idea of looking at the arts somehow, I thoroughly enjoyed working in Kolkata, and in fact, in my next film I’m playing a Bengali and it’s set in Kolkata [too],” he said, referring to Roy Chowdhury’s Lost which is due to be released this year.

Pandey and his co-stars were working together for the first time in #Homecoming, but he knew Gupta already as they share common friends and a common approach to work, having graduated from prestigious acting institutes. Gupta and Pandey are products of the Film and Television Institute of India (FTII) and National School of Drama (NSD) respectively.

But Pandey wanted to single out his Bengali co-stars for their talents. “I can’t state how amazing they are,” he said. “It’s also because a lot of them haven’t done a Hindi film so we don’t know a lot about them and how there are really good actors working in Kolkata. But I was really blown by the commitment and the talent. As an actor, they gave me so much because I didn't know much about Kolkata and working with them helped a lot.”

The conversation then moved to theatre, which is Pandey's passion. The artiste hasn't been taking to the stage as much as he would have liked due to his shooting schedule. But he shared that he was collaborating with artistes in the US and Argentina in an online format which he hopes will come out soon. 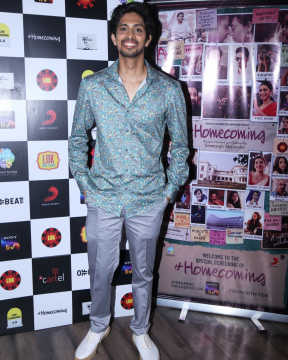 Pandey, who started off in Delhi’s Kirori Mal College, with a group called The Players, said that even with the pandemic, the performing arts found ways to reach audiences.

“After NSD, I got a scholarship and moved to London for further training and I started working [there] as an actor,” he explained. “I started seeing the understanding of theatre change globally. I started realizing the reason theatre will sustain forever is because it’s always evolving.”

He continued, “Traditionally the idea was, you make a stage, you perform on the stage and people will come and watch you. During the pandemic itself, so much work has been happening. People are collaborating, doing online work and fusing different mediums together. It is amazing to see how the idea of art comes out of problems. The medium finds itself. It’s a difficult time for actors and artistes because money and all these things become a big constraint. But it will find its ground. I’m pretty confident.”

Besides the upcoming film Lost, Pandey was looking forward to the announcement of another project in which he is the solo lead and is expected to return in the next season of the MX Player series Aashram. #Homecoming was premiered on 18 February on SonyLIV.