It really felt like we have to get this story out, says producer Anand Ramayya about Donkeyhead

Anand Ramayya and Kelly Balon
give your opinion

Written and directed by Agam Darshi, the feature Donkeyhead is the story of Mona (Darshi), a failed writer, who isolates herself from the rest of her family while being the caregiver for her ailing Sikh father. When he has a debilitating stroke, Mona’s three successful siblings show up on her doorstep, determined to take control of the situation. As each of the siblings tries to do what they think is best, the family dynamic starts to unravel and things come to a head.

The coming-of-age story is produced by KarmaFilm founder Anand Ramayya and KarmaFilm producer Kelly Balon along with Darshi. With its less-than-perfect protagonist and the complex emotional relationship of the siblings with their father and with one another, the film strives to unpack the travails of Mona in their various hues. As a story from the diaspora with universal themes and an authentic voice, the film challenges conservative and patriarchal attitudes. In an exclusive conversation with Cinestaan.com, producers Anand Ramayya and Kelly Balon discussed what drew them to this story.

About their journey coming on board as producers, Balon said, “We worked with Agam Darshi on a feature film called Chokeslam (2016), where she was an actor. That’s where we first met her and were instantly charmed by her sense of comedy... [she is] such a professional actor, a lovely person altogether.

"Five years later, she approached us with the script on the recommendation of another producer that we know, mainly because of our interest in working on marginalized storytellers and BIPOC (black, Indigenous and people of colour), representative of the non-dominant narrative, you could say.

"When I picked up Agam’s story, I couldn’t put it down. It was one of those stories that instantly resonated with me. Though it’s set around a Punjabi Sikh family, I felt a lot of connection to the story which has universal themes of family and even the character of Mona, I could relate to her. She is this extremely flawed character, but she has a lot of virtue in the sense that she is the sole caregiver for her father. That was a nice entry into family dynamics and the complexity of sibling and family expectations. It was one of those stories that really resonated, a beautiful balance of heart-wrenching drama and uplifting comedy that brought levity to the story.” 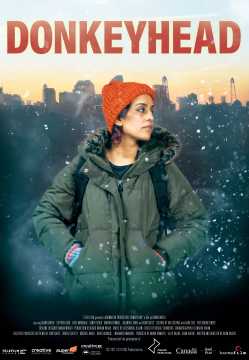 Balon brought the script to Anand Ramayya and they agreed to make the film. It was very well received when they started pitching it. “It was probably one of the fastest projects we have done, that we have taken from development into production," Anand said. "I think it happened very fast and investors started to come on board very quickly.”

Commenting on the response to the script and the ways in which the financing came about, he said, “In our system, a year is a fast timeline to go from development to being fully financed, so that’s what it took. Sometimes the stars align and the timing of the project and the appetite in the marketplace and other factors come together and this was one of those moments and it was really exciting to see it happen, and now it being so well received is affirming. We have been doing BIPOC or non-mainstream content, and we have been pushing that rock up the hill for 20 years and you don’t always get a warm reception. Now it feels like a great time [for such stories]. It has been really exciting so far.”

The film is an emotional drama that explores a complex family with humour. Anand Ramayya spoke about what immediately clicked for him while reading the scriipt: “For me it was Mona. I think a lot of times we fall into these patterns of representing people as archetypes and Mona was just full of surprises and, I guess, it reminded me of someone I knew and reminded me of myself in some ways and that freshness and truth to her character carried me through. It really felt like we have to get this story out. To have other people in the diaspora and even in India see that this story is a genuine story about a family that’s culturally specific but so relatable. Mona is Sikh and Punjabi, but she is very much her own person.”

Balon added, “We are from Saskatchewan [in Canada] and it has this very harsh environment. We are Saskatchewan people and we know about its hardships and the character that it breeds in people. That added a layer of it [the film] being relatable for us, knowing the background and the setting of the story.

"When you look at the prairie, it’s white-dominated, heterosexual, [with a] dominant, conservative narrative often. To get to look at the world of a South Asian diaspora community, that was the hook for me. This was a fresh perspective on that experience and for me that was it.

"Also Mona. I know people like Mona and she is very much a prairie girl that happens to be from a Punjabi, Sikh family, so she is kind of in-between two worlds. To have that other perspective of living in that world was a really refreshing take in bringing out that non-dominant perspective of that world.”

About the kind of stories KarmaFilm focuses on, Anand said, “We have always been trying to embrace films from diverse backgrounds and we have worked a lot with indigenous filmmakers and now Agam. We have made a few of my films, documentaries, so I think exploring those stories that are outside of the mainstream is exciting for us, and now there is a market and I think this is the next piece of the puzzle that’s a bit elusive.

"It happened faster in the UK and now we are seeing it happening in the [United] States, in Canada, and internationally, where you can have a brown man or brown woman at the front of a big movie and it’s okay, people want to see that.

"People want to see themselves reflected, so there is a turning point there, and that, to me, is exciting, because it means that what we have been dreaming about and working towards is now coming into itself. So we want to keep going and hopefully do the same kinds of stories with more resources and brilliant cast and breaking new talent and just be a part of this movement that’s happening right now.” 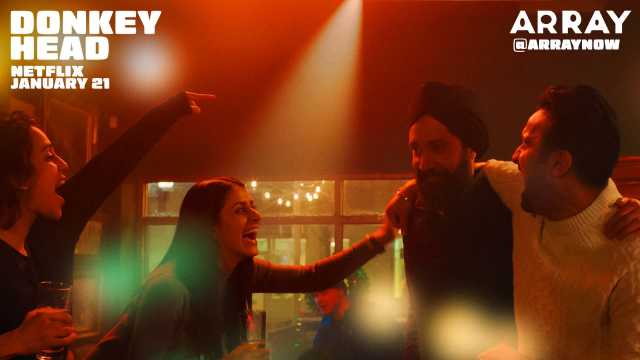 Donkeyhead had its world premiere last December at the 10th annual Mosaic International South Asian Film Festival at TIFF Bell Lightbox in Toronto where it received four awards, including Best Fiction Feature and Best Canadian Feature. The film is available on Netflix in the United States, United Kingdom, Australia and New Zealand.

The audience response to the film has been quite overwhelming, “really heartwarming", Balon said. "Movies can come and go very often and they can leave people’s consciousness very quickly oftentimes, but from the remarks and comments on social media, it has been very positive and authentic and it has been a huge relief.

"To be honest, I had no doubts, I knew it would resonate [with audiences]. I’m not South Asian, but Agam’s voice is so authentic I feel like she really knows whom she was speaking to and it’s so warming to know that it really impacted people and people were really excited about it.”

“And you know who’s trending on Netflix,” exclaimed Anand. “When we wrapped the film, one of the technicians, who is a big, burly, tough-as-nails man from Saskatchewan, and he’s not South Asian, he came up and said, 'You know guys, I cried on set several times. I was so moved by the performances and the story.'”

Balon added, “To me, that was a testament that [the movie] speaks to many people and you don’t have to be South Asian to really connect with the story.”

The producers are now looking forward to screening their film for an Indian audience soon.