Premiere of Pyar Mein Thoda Twist, one of Bappi Lahiri's last films as a composer, cancelled


The late artiste had written music and sung a song for the project, which was to be released on 18 February.

Photo: Courtesy Bappi Lahiri on Facebook
give your opinion

Partho Ghosh’s Pyar Mein Thoda Twist was to be one of Bappi Lahiri’s last films as a composer, but the musical icon, who died just a few days before its release on 18 February, didn't get a chance to see the final product.

The producer of the film, Manju Bharti, told Cinestaan.com that Lahiri didn’t want the film to be released online. “It was his wish that the film should be released in theatres,” she said. “That’s why we didn’t release it directly on an OTT [over-the-top] platform. We were just waiting for theatres to reopen properly. That’s how we planned the release. Dada wasn’t keeping well but he was eager to see the film. But now we are totally shocked.”

Lahiri had also provided music in Manju Bharti’s last film, Mausam Ikrar Ke Do Pal Pyar Ke (2018). “We had a very good experience with Dada during our musical sittings,” she said. “He had a positive aura. It was a rare experience of someone coming up with songs so quickly. He had such a soulful way of creating music. He also sang the song ‘Select Kiya Re’ with Kanika Kapoor for this film.”

The producer was also impressed with Lahiri’s involvement in the film. “This film properly matched Dada’s flavour,” she said. “He was also a lot involved in this project, right from the mahurat till now. He also used to give his inputs. Only Dada could have understood the requirement of this film; no one else could have.” 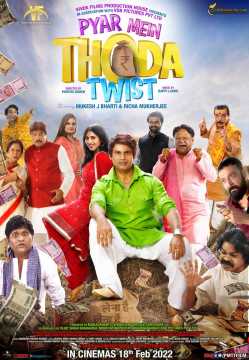 Manju Bharti has cancelled the film’s premiere in honour of Lahiri. “We had a familial relationship with him. He used to treat us like his kids. We had planned the film’s premiere but it’s now cancelled. We are currently in Lucknow for the film’s promotions. But as soon as I got the news, I decided to return to Mumbai. I am at the airport right now,” she said.