Even harsh advice can be imparted with a smile: Director M Manikandan on Kadaisi Vivasayi


Kadaisi Vivasayi tells the story of an old farmer stubbornly sticking to his traditional ways as life around the village changes.

A lone farmer continues on his determined plan to grow crops on his plot of land while the village and the world around him move on. M Manikandan's Kadaisi Vivasayi (The Last Farmer, 2022) is a moving tale of an aged farmer fighting a lone battle. The National award-winning filmmaker spent months trying to persuade Nallandi, a real-life octogenarian farmer, to play the lead in his film. Nallandi is not the only non-professional actor in the film. The director used several residents of the village as key parts of the story.

"In the village, no one has any interest in acting. They are shy of speaking in the open and public," Manikandan told Cinestaan.com in a telephonic interview. It took a lot of coaxing and slow integration to familiarize the villagers with the large crew set up to capture life in a tiny village in Tamil Nadu in all its detailed glory.

Shot in 2018-19, the film travelled to the International Film Festival Rotterdam (IFFR) in 2021. Four years after it was made, with a pandemic in the intervening period, the film, also produced by Manikandan, is finally out in theatres. (UFO Moviez is distributing the film in the northern territories.)

Among the few professional artistes in the film is Vijay Sethupathi, a close friend and collaborator of Manikandan. The actor even helped the film through financial difficulties, the director revealed. Another is Yogi Babu, who plays another key character who adds humour to the story.

"For me, humour is a commercial tool," Manikandan said. "My films don't have any commercial elements. So, when an audience watches my film, I wish to keep them happy. Even harsh advice can be imparted with a smile."

Kadaisi Vivasayi seeks to do more than just impart smiles. The film seeks to shine a light on traditional methods of farming, slowly fading away from India's agricultural heartlands. Excerpts from the interview:

You have spoken about starting the story right after Kaaka Muttai (2015). It has been a long journey to the film's release. However, does the post-pandemic period feel like the right time for the film to arrive?

Yes, you could say that. The pandemic has changed many things. The things we wanted to show in the film when we shot it two years before the pandemic are now part of our daily conversation after the pandemic. It makes us feel this is the right time for the film's release in theatres.

Realism has always been a part of your cinema, but what drove you to shoot in a real village with its inhabitants, and a farmer in the lead?

The reason was the events in the story. There are several moments about a village, its life, and the farming process at the heart of the film. It would not have been possible to recreate these with actors. I was not sure if I could capture that same authenticity with actors.

For instance, driving a cow back home, that simple shot is difficult to enact. Familiarity with the cow, its behaviour, is necessary. It is easier for a villager to do the task. It felt like a practical choice. 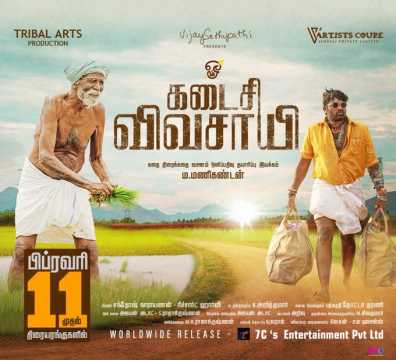 This film is also based on life in a village. The setting has been portrayed before, but to bring a new flavour while bringing a sense of realism and authenticity to the picture, we decided to choose non-actors. In Kaaka Muttai (2015), we chose to cast two boys from the slums, it was a similar cinematic choice. 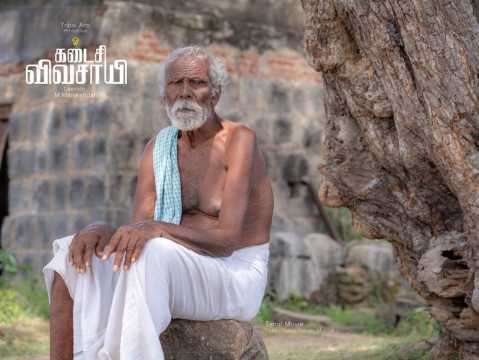 The presence of Nallandi, the octogenarian lead of the film, brings grace and vulnerability to the trailer. How did you convince him to be a part of the project?

It was a six-month-long process. In the village, no one has any interest in acting. They are shy of speaking in the open and public. Kaaka Muttai was a small crew, with a gun-and-run set-up. This was more classic filmmaking with synch sound, multiple cameras, lapel mikes, marks. They had to follow the rules every professional actor does.

This took three or four months before we decided to shoot with him. We took smaller scenes of him interacting with his cows, bathing them. It took quite a bit of effort to convince him to act in front of the camera.

Did you hold any acting workshops for this?

Not in the sense of a large workshop, but we did do smaller shoots to make them comfortable. It was to familiarize them with the crew and the camera. We did not workshop any of the scenes.

You have some fantastic actors in the cast, namely Vijay Sethupathi and Yogi Babu. Was it difficult to balance the performances of professional actors and real villagers in the film?

It was a challenge. Even for Vijay Sethupathi. He told me, 'They are very real in their performance. I will have to upgrade my authenticity as well.' And he took time for that. Yogi Babu was enthusiastic and surprised by the performances. They spurred him on.

It was difficult, even for such real actors as them, but they found a balance. It [the realism of the villagers] was something surprising, and something to note for all of us.

How challenging was it for you as a filmmaker?

Yes, I felt that my last three films were training for this one.

Another very noticeable thing in your film is the humour. A sense of innocence is present among the villagers in the film.

I observe people in real life, meet them, and speak with simple people, and travelling gives me that. The villages I have lived in and seen in my childhood and their people are a part of my experiences. I would often meet some people and think, 'How are they so innocent?', but it is the observation of life. 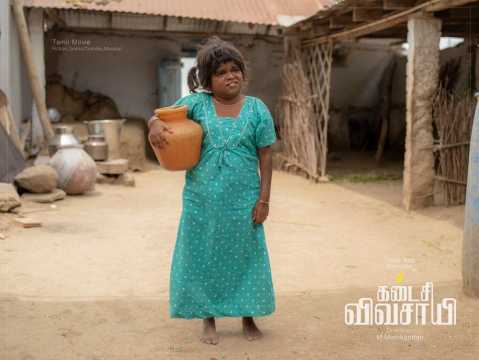 Humour is a commercial tool. My films don't have any commercial elements. When an audience watches my film, I wish to keep them happy. I feel I have a good sense of humour and use that in my films.

Sadness, on the other hand, is not an emotion you can force on the audience. You cannot drown them in it. It is my nature to try and say even a sad thing with some humour. Even harsh advice can be delivered with a smile. The audience pays a ticket price to watch your film. Instead of forcing advice, humour is a more effective tool to pass on the message and keep them engaged with a good experience.

Was there a reason to cast Vijay Sethupathi and Yogi Babu in the role of these two characters, especially when a major part of the cast are villagers?

Vijay loved the character immediately after hearing the story. His character was a tough one, who lives in the mountain, keeps walking from one corner to another. I felt it was not a character that needed a personality like Vijay's. I thought it was small for him. But he loved it and said he will do the film. 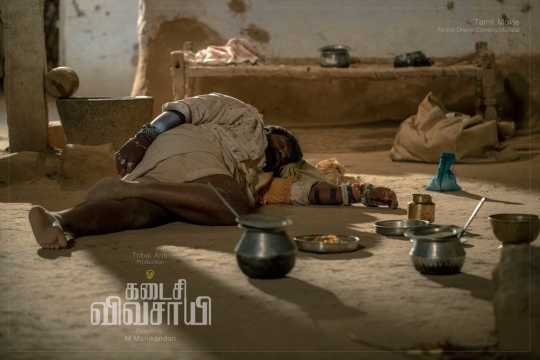 Did you consider a direct-to-OTT release?

Yes, since this is my most expensive film. More than Aandavan Kattalai (2016), this one cost more. Vijay Sethupathi was the one who helped me financially. With that in mind, I did speak with him if we should release the film on OTT and consider offers. He kept insisting that we should wait and release in theatres.

The changing tastes of a cinema audience is a promising set-up for the film's release...

It has become more refined, which is a good thing. They are more universal now. The challenge is that we need to work better.

In the pandemic, people were isolated and used the internet to gain a refined taste of cinema. Their ability to choose good films has improved. Even if it is a small, unknown film, to search for it, watch it and support it is a growing practice. It is healthy.

It has certainly improved filmmaking, writing practices in the industry, but are productions more optimistic about non-mainstream films now?

It is moving, but not as fast as you expect. The speed with which the palate of the people has improved is more than the production houses. Most productions will study this phenomenon and only then make a move. They are used to making films according to a template. To shift to a new template/format requires some time for adaptation.

What are you expecting from the theatrical release?

The theatrical experience is something else. You can never replace it. Despite that, we need to welcome the growing practice of people watching films on OTT. They are different mediums. We have to make films that pull people into theatres. As creators, we have more outlets now which is a welcome thing.

With the film now in theatres, are you planning a short break? Or are you on to your next project?

They already gave us a break of two years (laughs). I am immediately starting on my next. I completed the story in the lockdown. Usually, I just take a month's break. I have already moved a couple of projects, but none of them is decided yet. We can speak when the time comes.