Trijya's protagonist is a part of me, says filmmaker Akshay Indikar


The film, which deals with a story of migration, stars Abhay Mahajan in the lead.

Filmmaker Akshay Indikar’s debut Marathi feature film Trijya (2022) is now streaming on MUBI India. Indikar spoke to Cinestaan.com about how film is basically a story of a 25-year-old poet who yearns to write poetry but to earn a livelihood with a job.

“It is a story of the guy trying to find himself,” he said. “The other important aspect is the question on what we lose after we migrate to a big city. Migration is the central theme of Trijya. The film unfolds in chapters from soil to tree. The film is also about the characters he comes across.”

The filmmaker admitted that the film is inspired from his personal life and events surrounding it. “It’s a semi-autobiographical fiction,” he said. “It is derived from a very personal experience of mine. Not everything shown in the film has happened with me but the protagonist is a part of me. I also grew up in a very small village and then I moved to a big city Pune, which is multi-cultural and multi-linguistic. I faced existential crisis when I moved to a metro city.”

Trijya stars Abhay Mahajan in the lead role. After seeing Mahajan's performance in a play and going through his photographs, Indikar felt he might deliver what he is looking for. “I wanted someone who would fill the screen through his screen presence and, at the same time, would look ordinary as well. He should appear like a person in the crowd and would still be attractive,” the filmmaker said.

For his feature debut, Indikar faced another, bigger challenge since Trijya not a film that can be explained through a script. “The most important part about this film is its cinematic language – the sound and its visual design,” he said. “You can’t explain this film through its screenplay to the producers, financers or even the film’s team. Being your first film, you need to find your own way through these challenges.”

The other challenge for Indikar was to ensure that the film’s experience would resonate with the audience, othwerwise it would become an indulgent experience. “And I didn’t want to make an indulgent or abstract film,” he said. “I believe cinema is mass communication. It’s about how I would tell a story that would appeal to the masses.”

As a child, growning up in Akluj, Solapur, Indikar wanted to become a magician. He had even planned to run away with one who used to visit their village. But then cinema took over. “Our village has had a culture of cinema,” he said. “In Solapur, cinema of multiple languages [is] celebrated. The film society movement was at its peak where Tamil, Telugu, Malayalam, Kannada, Marathi, Bengali and even Bhojpuri films used to be seen. We even saw Hollywood films dubbed in Hindi.”

This was enough for Indikar to spark his eagerness to start something in cinema. Initially, he tried his hand in theatre but it wasn’t a very good experience. Eventually, cinema became his true calling. 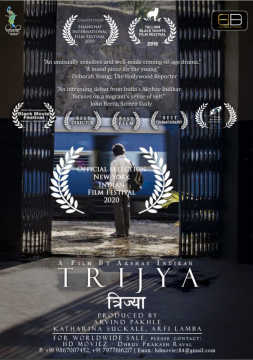 Since his early days, Indikar's idol has been actor-filmmaker Charlie Chaplin. “He rightly understood how and for what the medium of cinema should be used,” he said. “His films influence me till today. I feel I should do something that would appeal universally by overcoming time and space.”

After Trijya, Indikar made Sthalpuran. The filmmaker informs us that the movie has won 40-45 awards worldwide at various international film festivals so far, including the Young Cinema award at the Asia Pacific Screen Awards. The film also helped forge his association with filmmaker Anurag Kashyap after he was impressed after watching it.

He shared that although he felt more confident for his second film, since he had already made one before, every film comes with its own challenges. “The atmosphere is different and so is the team. People are not going to look at it as my second film. They will be watching it as a film,” he said.

Sthalpuran review: Refreshing perspective of the world through a child's eyes and mind

Since theatres re-opened in Maharashtra last October, only a few Marathi films have been successful. Sharing his take on the issue, Indikar said, “People are visiting theatres only if there is something different to see. There are so many choices and options because of OTT [over-the-top platfoms]. For example, in a vegetable market, people will buy what is good and available at a low cost. It is that simple.” 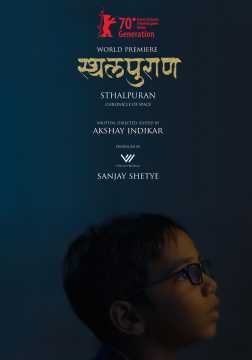 He added, “You can watch movies at your given time on OTT. You can leave a film midway. Peoples' attention spans have reduced. And they have to specially go to the theatres and then find a parking space. So it has become a big challenge to get people to the theatres.”

Looking ahead at his future plans, Indikar says that he wants to make good films, in any genre. “I would also like to make a mad comedy, thrillers, gangster films, romantic comedies, journey movies or suspense thrillers,” he exclaimed.

Indikar’s next project will be directing one of the segments in Dharma Productions’ India Love Project anthology for Amazon Prime Video. Additionally, he is working as a sound designer in Anurag Kashyap’s next and is also in the process of writing a film.