The filmmaker shared how he felt after the drama’s digital premiere.

While Suresh Triveni directed Vidya Balan in Tumhari Sulu (2017) and Jalsa (2022), the themes both films explore are vastly different from each other. Triveni wanted to try something different and was drawn to the ethical drama Jalsa.

Triveni’s light-hearted family film Tumhari Sulu featured Vidya as a restless housewife who finds her calling as a RJ.

In Jalsa, Vidya is joined by Shefali Shah as the actresses play mothers who tackle a difficult period in their lives. While Vidya’s character Maya is a renowned journalist, Shah plays Maya’s maid Ruksana who is also fiercely devoted to Maya’s son Ayush, who has special needs.

Jalsa review: Terrific drama that balances guilt and conscience in a thrilling manner

While his directorial debut was released in theatres, Jalsa was premiered on Amazon Prime Video on 18 March. Therefore, there are different ways to measure the film’s success. 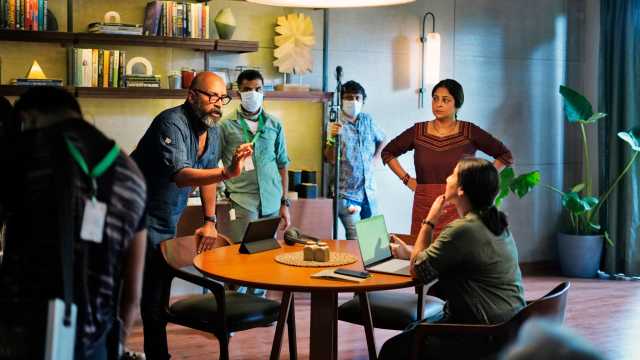 Triveni explained, “Just like a review mentioned that Jalsa is a film of many a thing, so is the success. It’s a success of many a thing. My producer’s relentless pursuit in such challenging times, my phenomenal actors and my crew’s blind trust and many, many things.

“I experienced the raw power of Amazon Prime Video and its subscribers,” he continued. “I am not on social media and yet the messages reached me piercing all walls. Messages, short of essays and emotions no less than my characters. If the first phone call can happen at 6:30 am I think the job is done. There is only one word. Humbled.”