The family entertainer, directed by Sarov Shanmugam, is due to be premiered in Tamil and Telugu on 21 April.

The family film Oh My Dog (2022) explores the emotional bond that is formed between a puppy, Simba, and a young boy Arjun (Arnav Vijay) when he saves him. Initially, they face resistance from those around them but eventually win them over. They also face a rich man’s goons who want to take Simba away.

Actor Arun Vijay — Arnav’s real and reel father — and director Sarov Shanmugam spoke about how they worked with over a hundred dogs as Simba for the feature.

Arun said, “It was really challenging to work with so many dogs at the same time. I think we shot with nearly 100-plus dogs. Having said that, they seemed to have way more fun than the entire cast and crew. Hats off to Raja, the trainer, and our director Sarov for ensuring that everything went on smoothly, resulting in us being part of a beautiful story that will delight us all.” 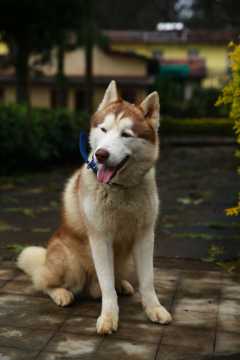 Recalling the shoot, the director said, “We first bought three identical dogs and trained them separately. Just before shooting, I managed to get a five-six-year-old puppy of the same colour. The problem was the height kept on changing every ten days. But we did have a plan B. While it was difficult, we managed to overcome it with calculation and timing.”

He continued, “Raja has a dog hostel where he trains them. With sports being a crucial element in the film, I encouraged him to teach the dogs how to perform these tasks. It’s like an agility championship that’s held across the globe. The same is taking place here.”

Oh My Dog has been produced by Jyotika and Suriya as well as Rajsekar Karpoorasundarapandian and SR Ramesh Babu of RB Talkies. The music has been composed by Nivas Prasanna while Gopinath has shot the film.

The family entertainer is due to be premiered in Tamil and Telugu on Amazon Prime Video on 21 April.