The biography Mithun Chakraborty: The Dada of Bollywood by Ram Kamal Mukherjee takes readers on the actor’s journey from a student at the Film and Television Institute of India to one of the busiest artistes in the Hindi film industry.

Legendary filmmaker Mrinal Sen (Mrinal babu or Mrinal-da to most) had first spotted Mithun at the film institute’s passing-out ceremony in 1974. He had observed a dark young man with curly hair and a great physique fooling around with other students. He was boisterous, genial and had a certain energy about him as he went around pulling pranks on his mates.

Sen’s first impression was that Mithun was a bit of an upstart and was surprised to see that nobody from the institute was admonishing him for his brazen behaviour in front of eminent personalities. Sen got to know his name and also that he was Bengali. Hrishikesh Mukherjee spoke highly of him to Sen.

Sen was at that time planning the movie Mrigayaa, which was based on the novel Shikar by the Odiya writer Bhagwaticharan Panigrahi. The director was looking for someone who would fit the character of the young tribal man Ghinua in the film, and all of a sudden he realized that this carefree boy from Calcutta, whom he had seen at the film institute a year earlier, fits the character perfectly. He sent out a long telegram to his cameraman KK Mahajan: Track down a young man in Pune institute, passed in ‘74. Tall, dark, well built, Bengali, name starts perhaps with M. Catch him and ask him to send me a photograph as early as possible. A portrait without any make-up. Must be very recent.

Within two weeks, Sen got a photo of the young man. And yes, he was right. He had found his Ghinua. A few days later, Sen had an unannounced guest at his home on Motilal Nehru Road, Calcutta. Mithun didn’t wait for the director’s reply and instead came straight to his home. 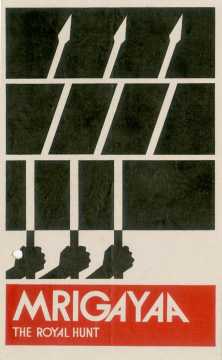 He had long hair and wore a colourful, flashy dress. Sen told him clearly what his character was and that film had no song-and-dance sequence. The actor would also have to cut his hair short.

Shooting for Mrigayaa started in December 1975 in Taldanga village near the Bengal-Bihar border, close to the Massanjore dam (in present-day Jharkhand). Mithun, who had taken great pains to give himself a fashionable haircut, had to let go of his mane. Every morning, Mrinal babu would take him to the village and make him sit with the villagers so that he got comfortable in the surroundings and also the people. The shooting went on for almost 25 days in the tribal village.

The scene in which Ghinua is hanged was shot at the New Theatres Studio in Tollygunge, Calcutta. Mrinal babu got a real hangman, Nata Mullick, to make the scene look real. Mithun insisted on wearing the real hangman’s noose during the shoot, saying the real thing would help him deliver his best performance. 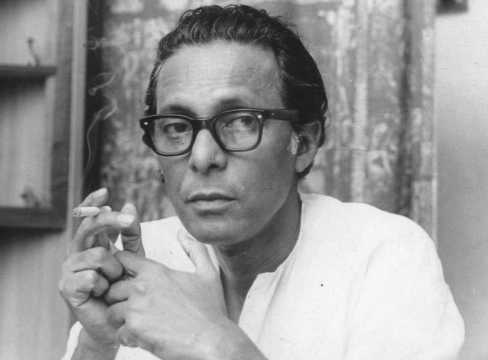 Mithun is full of gratitude for Sen even today. ‘If Mrinal-da had not considered me, nobody would have come to know of me. He is the guru of my acting career. We used to stay in Mayurakshi Bhavan and the rehearsal went on for long hours, till Mrinal-da was satisfied. He used to tell me, “Mithun, try to get into the character. Till you become Ghinua fully, you can do nothing.” The surroundings of Taldungri village, the environment and the villagers’ kindness slowly but steadily prepared me as Ghinua.'

The trial show for Mrigayaa was held at Gorky Sadan and Mithun’s family was invited to attend it. Basanta babu was happy but was controlled in his praise for his son. Sen, however, told him that Mithun deserved a National award for his performance. His words were to come true. The tall, dark and talented young Bengali won his first National award for Best Actor in 1976.

Excerpted from Mithun Chakraborty: The Dada of Bollywood by Ram Kamal Mukherjee with permission from Rupa Publications. Click here to buy your copy.