You cannot make cinema on email: Viveck Vaswani on the corporatization of Hindi cinema


The veteran actor-producer, who has been curating the Lonavala International Film Festival India for the past two years, speaks about how the industry has changed and why his creative urge has vanished.

Photo: Courtesy of Viveck Vaswani on Twitter
give your opinion

Actor, filmmaker, writer, teacher — Viveck Vaswani wears many hats. The veteran, who has seen Hindi cinema from up close for over three decades and now also curates film festivals, is outspoken on the changing nature of the industry, its advantages, and the future.

Speaking about the rise of digital platforms, Vaswani noted, “COVID took us on a full U-turn. We have gone back to personal cinema because we are sitting alone and watching films. Housefull 4 (2019) is arguably not better or worse than Laxmii (2020), but audiences gave Housefull 4 a rousing reception while Laxmii was dismissed. Such films [as Housefull 4 and Laxmii] cannot be seen alone at home, they have to be seen with the masses in theatres. Cinema has changed.” 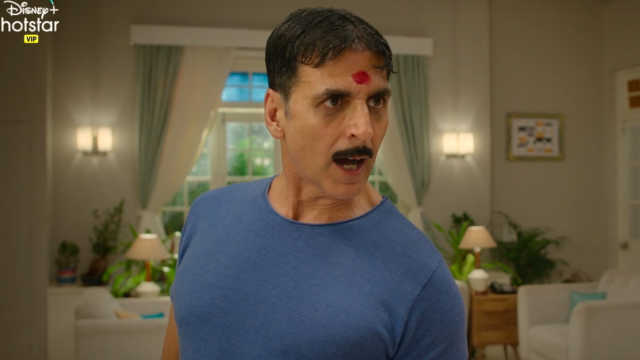 While many believe corporatization is the way to go for the film industry, Vaswani is of the firm belief that there is a need to ‘humanize’ the system. He describes the current model of creating ‘content’ on the basis of popular demographic demand as a ‘dehumanized product’.

“I was discussing with Onir, a fiercely independent filmmaker, and Faraz Ansari, who directed Sheer Qorma (2021), about the same," he said. "Of course it is affecting them. When GP Sippy made a decision that Viveck Vaswani will produce, and I made a decision that Aziz Mirza or Sanjay Balani will direct, it was based on our relationships. It was based on trust. We worked as human beings. Today, everything has to happen on email. To an extent, it is dehumanization. Films are being written according to programs, algorithms. Music is being created on computers. The product you are getting might be entertaining but is mostly dehumanized.”

The pandemic changed this to an extent. With theatres shut, production houses and studios have had to sell directly to the audience through over-the-top (OTT) platforms and have discovered changed perspectives and tastes. This, despite most OTTs functioning on algorithms. Big-budget, star-driven entertainers like Radhe (2021) and Laxmii (2020) have taken a back seat to ensemble dramas like The Family Man (2019) and Scam: 1992 (2020).

While business has boomed as a result for small, independent filmmakers, Vaswani does not see it as a long-term benefit. “It happened with multiplexes as well," he pointed out. "When they were first launched, everyone thought there would be a place for all films now — one screen will play short films, another independent cinema. One fine day Salman Khan's film releases and all screens are given over to it.

"Finally, they are all companies. As companies go, the key thing is to keep salaries going. You are playing safe. But the rule in cinema is that you don't play safe if you want to be safe.”

A firm believer in the old systems, Vaswani points to the advantages of having filmmakers involved in the business rather than businessmen involved in making films. Citing the example of legendary producers GP Sippy and BR Chopra, he said, “Today, the stakeholders have shrunk. Every company now has employees. You may be CEO of a production house, or a lowly employee, but you are not a stakeholder. All salaried employees are holding posts in the film industry which should be held by stakeholders. This is the dichotomy of the world we live in.

There are exceptions even today. Vaswani notes that Rakesh Roshan continues to function like an independent producer of old despite the success and popularity of his films. “One of the biggest independent filmmakers I know is Rakesh Roshan," he said. "He still makes films by himself, and with studios. He still distributes films through distributors and maintains constant communication with them.

"I have realized that in the corporate world, the first job is to keep your job. Your second job is to ensure that you are not blamed for anything. Your third job is that if the film fails, you have an excuse, and if it succeeds, you have a reason. Now, every email is interpreted in three ways depending on how the boss thinks. You cannot make movies on email.”

Understandably, the digital domain has brought in some advantages. A growing percentage of the audience, perhaps an entire generation, is now used to watching films at home. This has led to bigger deals for digital rights of films, which are often sold even before their theatrical release.

However, Vaswani is not convinced about digital platforms. “COVID has brought us face to face with a lot of harsh realities," he said, "one being the Rs400 tickets which no one can afford except the top 1%. As filmmakers, we said fine, we are quite happy to make a film and sell it to Netflix. I won't have prints, publicity, marketing to look after. Even in that [theatrical] case, of those Rs400, we were only getting Rs25.”

This corporatization of the filmmaking process, the actor-producer believes, is stifling creativity to an extent. While he admits that corporatization has ensured a streamlined process of revenue reaching every employee who contributes, it has also reduced the almost pirate-style nature of the business. This, he believes, means no producer will dare take a punt on an unknown quality, like Shah Rukh Khan, unless backed by evidence.

"I predict that there will be no other Shah Rukh Khan," he said. "But by playing safe, a lot of people will keep their jobs, the projectionists will get their salaries. The spot boys, lightmen, carpenters, projectionists need to get their salaries. They will only get that when a certain number of tickets are sold. To sell those tickets, we have to make films that we think have dignity and which the audience also loves. It is a fine balance. A lot of people are not able to do it, some are.”

Prodded about his own acting experiences, he said, “I never thought I was a good actor. It just so happened that 2020 was a good year for me. I celebrated one year at the School of Contemporary Media in Pearl Academy. Learning a new profession is difficult at my age, but I got through. Simultaneously, I got Scam 1992. I completed my Capstone project, which was five degrees. I set up two new movies and am in the best of health.”

Yet, he added, “I don't have any creative urges left. In a profession that is all about business, there are no creative urges. They are not going to back my creativity, they will back my bank balance. GP Sippy would back my creative instinct that Raveena Tandon would become a big star, or Anant Balani could pull off Patthar Ke Phool (1991). The corporations won't.”