JBH Wadia, the man with a vision – Birth anniversary special


A look at the extraordinary career of this pioneer of Indian cinema who was born on 13 September 120 years ago.

Jamshed Boman Homi (JBH) Wadia, born on 13 September 1901, was a filmmaker who left an august legacy behind with his features.

Jamshed was a scion of the Wadia family that resided in Bombay and which, in turn, was a part of the larger Wadia clan from Surat, Gujarat, that built ships for the East India Company.

Jamshed and his brother Homi, born a decade after him in 1911, enjoyed the cinema as boys, especially films from Hollywood.

When he lost his father at a young age, Jamshed had to support his family, so he took up a job at the Central Bank of India in Delhi and was due to take up a full career in the law. But he left it all to pursue his passion in screenwriting and storytelling, a gamble that angered his family, but paid off well in the long run.

Jamshed arrived in the film industry in 1926, just a few years before the silent films were about to be threatened by the talkie pictures. The brothers worked at Devare Film Laboratory at Kohinoor Studios and later started the Wadia Brothers' Productions where they honed their filmmaking skills through silent cinema, producing films like Vasant Leela (1928).

His directorial debut was through Diler Daku aka Thunderbolt (1931), featuring Yashwant Dave, and he continued his streak with other successes like Toofan Mail (1932) and Sinha Garjna (1932). Modelled after the popular stunt films of Douglas Fairbanks and Pearl White in Hollywood, “Wadias' films had constructed a terrain upon which a Westernized Indian modernity, in touch with global popular culture, could be forged”, author Rosie Thomas wrote in Bombay Before Bollywood: Film City Fantasies. 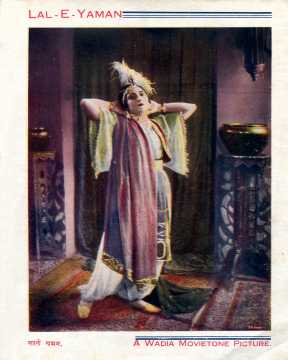 After another Parsi filmmaker Ardeshir Irani’s Alam Ara (1931) introduced the first talkie, Jamshed also decided to make a sound film. In 1933, he formed Wadia Movietone and their first sound film Lal-e-Yaman (1933), inspired by The Arabian Nights, was released with singer Firoz Dastur in the lead.

By 1935, Homi directed Hunterwali starring Mary Evans aka Fearless Nadia, who arrived on the silver screen as a breath of fresh air. She starred in a number of stunt films like Miss Frontier Mail (1936), Hurricane Hansa (1937) and Diamond Queen (1940), giving rise to the studio’s profile as a maker of successful stunt thrillers.

Wadia Movietone ran like a well-oiled machine, Homi even referred to the studio as a school. "At ten each morning a bell would be rung, a register of attendance called and the day's shooting plans announced. Actors not needed on set would either spend the day in rehearsal or might go home," wrote Christine Gledhill in Stardom: Industry of Desire.

Gledhill went on to say, “There was clearly a great deal of camaraderie in the studio, with much laughing and joking, 'like a big happy family', according to both Homi and Nadia. All studio employees, including the stars and the Wadias themselves, would eat lunch at the same table and many of them socialised together after hours.” 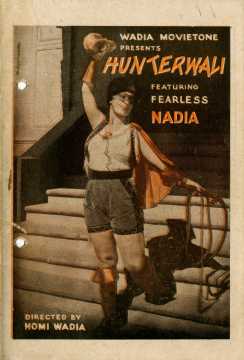 By the early 1940s, as films with social messages began to grow in popularity. Jamshed, too, wanted to focus more on socials and documentaries; the brothers, by mutual agreement, diverged as Homi continued with stunt films under Basant Pictures while Jamshed produced films such as Raj Nartaki (1941) and Muqabla (1942).

Jamshed, who had a keen interest in literature and politics (he even wrote a book on the Indian revolutionary MN Roy), moved away from the usual tropes that were shown on the screen. His eldest grandson Roy called Jamshed’s motto “enlightenment through entertainment”. The women in the Wadias’ films were no damsels in distress and moved beyond the regular Sati-Savitri types that were featured in Hindi films at the time.

As the decades rolled on, both brothers continued with their respective brands of cinema, but the audience choices had changed, and so had the popular stars. The 1950s and 1960s were the era of Dilip Kumar, Raj Kapoor and Dev Anand, and while the Wadias continued to make films, they were less relevant this time around. 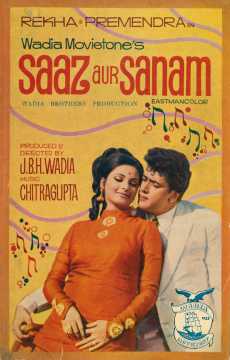 Jamshed's last film as director was Saaz Aur Sanam (1971), starring Rekha and Surekh Chatwal. He died at the age of 84 on 4 January 1986. The filmmaker, whose studio was often said to be ahead of its time, was also instrumental in supporting the National Film Archive of India in Pune, encouraging archivist PK Nair in his endeavours and sharing prints of Wadia Movietone’s films with them.

Similarly, his late grandson Riyad Vinci Wadia preserved much of Wadia Movietone’s own catalogue and film memorabilia, including film booklets and posters. Riyad also directed the documentary Fearless: The Hunterwali Story, shining a spotlight on the spectacular life and career of the actress who later married Homi in 1961.

Jamshed, along with his brother Homi, pioneered many of techniques at the time that were used in stunt films and gave opportunities to new talents like John Cawas and Nadia in front of the camera and skilled technicians like Babubhai Mistry and Nanabhai Bhatt behind it. His vision to push the boundaries of Indian cinema and what they wanted to convey with their features remains invaluable.