They spoke about the growing popularity of non-fiction content on Netflix in a panel discussion.

Non-fiction content has begun to give serious competition to other content on streaming platforms since the pandemic hit last year. A Netflix panel titled Decoding Documentaries, moderated by author Kaveree Bamzai, was held in Mumbai and filmmakers Claire Cahill, Dylan Mohan Gray and Leena Yadav as well as Netflix's director of international originals Tanya Bami participated in it.

The panellists discussed the hard work they had to put in to get those unscripted moments on camera.

Gray, whose web-series Bad Boy Billionaires (2020) focused on disgraced businessmen such as Vijay Mallya and Nirav Modi, talked about the planning and research that went on to make the show. He said, “So much of what we do in documentaries is about creating relationships of trust with different kinds of people. I understood the importance of diversity of voices and allowing the audience to triangulate what they feel about the story. During my research, I realized that the story is quite different from the one that was put out there, it's much more complex than that. The story is about many other things, it touched upon so many interesting aspects of Indian culture and society; this to me was very fascinating.”

Series producer Cahill, who joined the panel virtually, said that Crime Stories: India Detectives took three years to complete. “Our first trip to Bangalore was in 2018 when we started conversations with the commissioner who was very responsive about making a series that followed live investigations,” she elaborated. “These conversations progressed and we obtained all the necessary permissions over a period of 18 months, our filming period was over five months. The process of gaining trust and having conversations with all the necessary parties in order to cover an investigation in the way that we did involved an enormous amount of work.”

Yadav, whose three-part series House of Secrets: The Burari Deaths premieres on 8 October, said that it was difficult to speak to people involved with the chilling incident. “Those were very difficult conversations, I must admit,” she said. “But I will always remember a beautiful incident that happened. While we were interviewing the family members, one of them came up to me and thanked me saying that this was like therapy for him. This is when I felt as if we're doing the right thing. We covered a total of 400 hours of interviews and having those conversations were definitely difficult and emotionally draining but this has been a big learning for me.” 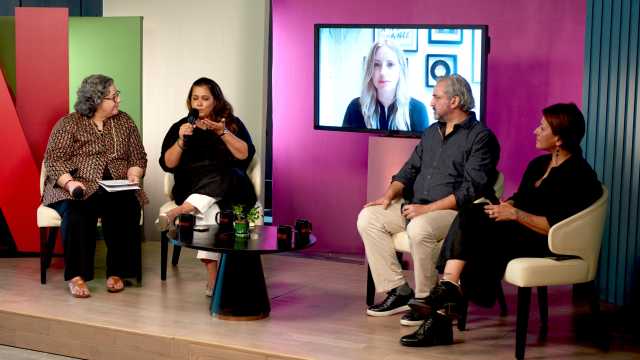 Bami delved into why Netflix is foraying into the documentaries genre. She said, “It is magical to sit in a room with a creator who has a vision and to go through that experience through their eyes. We want to tell stories that are authentic and relevant. It’s all about finding that unique story that has resonance within India, a distinct vision and an engaging creative take. When a story is good and compelling, it finds an audience anywhere in the world.”

House of Secrets : The Burari Deaths