The producers of the film, Coconut Motion Pictures, are throwing a lavish party today in the city of Ahmedabad.

Photo: Courtesy Coconut Motion Pictures on Twitter
give your opinion

Last year and earlier this year, Cinestaan had informed readers about the miraculous and almost uninterrupted run of the Gujarati film Chaal Jeevi Laiye, which was released in cinemas on 1 February 2019. The lockdown obviously put the brakes on its theatrical run but it was back in cinemas as soon as the lockdowns of 2020 and 2021 were lifted. The film has set many new records – it is the biggest Gujarati grosser of all time – and now it has added another feather in its cap. On 27 October, it completed a mind-boggling 1,000 days in cinemas. 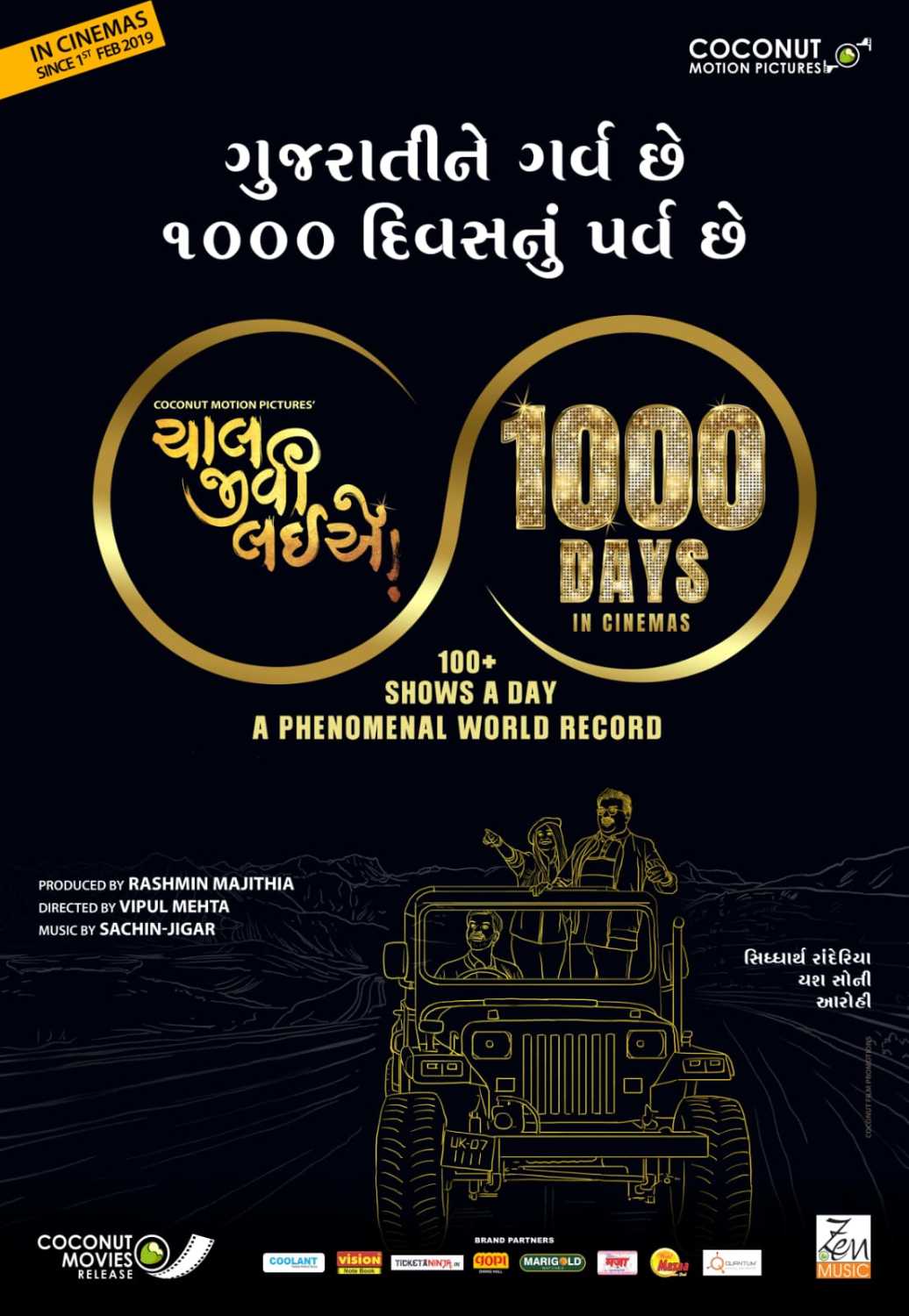 The film's producer Rashmin Majithia said, “Viewers are coming in hordes even today to watch the film. Earlier, it was running only in Gujarat but we have re-released the film in Mumbai after cinemas opened in Maharashtra from 22 October.”

Majithia added that in the current week, around 160 shows of the film are taking place daily in Mumbai and Gujarat.

To celebrate this joyous occasion, the producers of Chaal Jeevi Laiye – Coconut Motion Pictures – have decided to throw a lavish party today in the city of Ahmedabad. The cast and crew of the film will be in attendance.

Majithia added, “We had decided to throw a bash when the film completed two years, in February 2021. Due to COVID-19 restrictions, we couldn’t organize it at that point but now we’ll finally celebrate with the entire team. Everyone is ecstatic and looking forward to the 1000-day completion and the celebration.”

Chaal Jeevi Laiye is the story of a workaholic son who takes his terminally ill father on holiday to the Himalayan state of Uttarakhand to fulfil his last wish. On the way, they befriend a young woman named Ketki and the three undertake the most unexpected but satisfying journey of their lives. Starring Siddharth Randeria, a star of Gujarati theatre and cinema; Yash Soni and Aarohi Patel, the film was directed by Vipul Mehta and features music by the popular composer duo Sachin-Jigar.