A look at the feisty and celebrated Urdu writer's tryst with Hindustani/Hindi cinema, on the 30th anniversary of her death.

Most people remember writer Ismat Chughtai for her short story Lihaaf (The Quilt), which explored female sexuality and lesbianism. Narrated from the perspective of a young woman, the story of Begum Jan, like much of Chughtai’s writings, takes us into the inner world of women, their lives, desires and loneliness in a claustrophobic feudal society.

First published in 1942 in the literary journal Adab-i-Latif, the story caused a furore and led to a charge of obscenity on the writer. Chughtai fought and won the case and the story became a landmark work in Urdu literature. Abhishek Chaubey’s Dedh Ishqiya (2014), starring Madhuri Dixit Nene and Huma Qureshi, drew inspiration from the story.

Chughtai's personal life was often intertwined with the fiction she wrote as people from her home, the servants and friends, often found their way into her stories. One of the pioneers of the Progressive Writers' Movement, she questioned gender inequalities and her writing displays a defiant stance, laying bare the attitudes of society towards women. Christening her ‘Lady Changez Khan’, her contemporary Qurratulain Hyder wrote, “Sometimes I would call her 'Lady Changez Khan' because in the battlefield of Urdu literature she was a 'Chughtai' — an equestrian and an archer who never missed the mark.”

Ismat Chughtai's ferocity, stubbornness and wit were admirable, as was her ability to write fast-paced stories which drew the reader back again and again. Although her literary work is celebrated and discussed widely, the writer’s contribution to Hindustani/Hindi cinema does not often find mention.

Though Chughtai did not have much exposure to the movies as a child, she was fascinated by the medium and took to it with enthusiasm. About the experience of watching her first movie, she wrote, “For all the broad-mindedness of my father, we weren’t allowed to see movies. I remember one English movie I saw in Aligarh when I was about six... it had Douglas Fairbanks and Mary Pickford. What impressed me most was a kissing scene, because I had never seen a kiss, on screen or otherwise.”

Going against the wishes of her family, she married writer and filmmaker Shahid Lateef and started working in the film industry, first as a dialogue writer and later as a screenwriter and even director. Together, the couple started a film production company, Filmina.

Chughtai's story Ziddi was bought by the star Ashok Kumar for Bombay Talkies and she wrote the script for the film and also planned the indoor sets with much excitement.

In 1948, Lateef made his directorial debut with the film and Dev Anand was taken on as a hero with Kamini Kaushal playing the female lead. The film became a big hit.

Its success was followed by Arzoo (1950), a romantic drama that once again starred Kamini Kaushal, this time opposite Dilip Kumar. Directed by Lateef, this film was also a hit and foregrounded Dilip Kumar’s sentimental acting.

Kamini Kaushal: Who has the ability, facility and opportunity to do so much? I’m very lucky

In 1953, Chughtai made her own directorial debut with Fareb, which she co-directed with Lateef. The film starred Kishore Kumar, Shakuntala and Lalita Pawar. Buzdil (1951), starring Nimmi and Kishore Sahu, Sheesha (1952), starring Nargis, Darwaza (1954), Society (1955), starring Nimmi and Nasir Khan, and Lala Rookh (1958), which was produced by Chughtai and directed by Akhtar Siraj, were some of the other films she worked on. 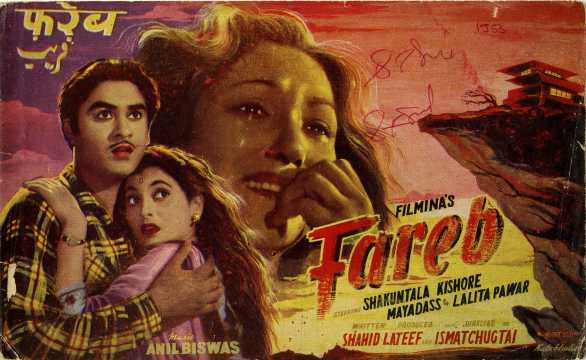 In Sone Ki Chidiya (1958), written by Chughtai, she exposed the reality behind the glamorous film world. Starring Nutan, Balraj Sahni and Talat Mahmood, the film explores the life of an orphan who is exploited by her family when she gains fame and wealth by becoming a film star.

A contrast between the idealized worlds presented on screen and the harsh reality that lies behind them, the film is a comment on the materialism of people who are willing to go to any lengths to serve their purpose. According to writer Shams Kanwal, Nutan regarded Sone Ki Chidiya as one of her more memorable films, along with Seema (1955).

How Nutan went beyond limits in Seema (1955)

In 1968, Chughtai co-directed Jawab Aayega with Lateef. Starring Yogita Bali and Chand Usmani, Jawab Aayega was a children’s film made for the Children’s Film Society of India.

Chughtai's masterpiece, however, was undoubtedly the intricate film Garm Hava (1973), which poignantly captures the trauma of Partition. Based on a short story by her, MS Sathyu’s film examines the effect of Partition on the lives of the Muslims who chose to stay on in India.

The violence that accompanied the breaking apart of the country is manifested in more personal ways in the film where Salim Mirza (Balraj Sahni) is faced with the decision of whether to move to Pakistan, displacing his family from their ancestral home in Agra, Uttar Pradesh.

Within this, the film focuses on the effects of Partition on Muslim women through the characters of Mirza’s wife, mother and daughter; a hallmark of Chughtai’s writing which delved into the minds of women characters, bringing to the fore their inner lives. 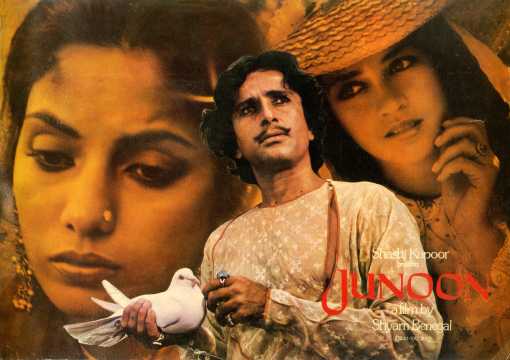 Recalling the moment in an interview with Open magazine, he said, “The first time I saw Ismat Apa, we were in Lucknow shooting for Shyam Benegal’s Junoon (1979). I remember I was a bit nervous when Shyam told me she was coming. I had heard about her and for some reason imagined her to be this tall, thin, stern, eagle-like lady with short hair.

"The only thing I was right about was her hair. We were having breakfast at a coffee shop and in walked this absolute darling of a woman with white frizzy hair, looking like a complete scatterbrain. She called out to me, “Naseeruddin, yahaan aao [come here]”, and gave me a great big hug. She put her hand on my forehead and said zindabash and all my nervousness disappeared in that one moment.”

Looking back at her foray into cinema, the writer wrote in her memoirs, “I have done all right — jitni gaaliyan mili, utni hi taarif bhi mili [I have received praise and abuse in equal measure]. My years in the film industry were heady ones. I made the kind of movies I liked and I enjoyed myself thoroughly.”