Have to engage power to be able to create change, says filmmaker Michael O Snyder

The second edition of the All Living Things Environmental Film Festival (ALT EFF) is currently in session. Based on the themes of environment and conservation, the film festival is being held virtually until 17 October and is showcasing 44 films from across 31 countries this year.

ALT EFF, which began on 9 October, was founded with the aim to create awareness about climate change and spark dialogue. Michael O Snyder, a Climate Journalism Fellow and a Portrait of Humanity Award winner, was one of the jury members alongside filmmakers Amin Hajee, Akanksha Sood Singh, Charlotte Whitby-Coles and Sarah Fretwell. Award-winning filmmakers Anand Patwardhan and Sourav Sarangi are the guest jury members this year.

Snyder has made award-winning documentaries like The Vision Within (2015), A Simpler Way (2017), and Into The Dark (2019), which have been screened at festivals globally. Under his own banner, Interdependent Pictures, he has ventured into the Arctic, the Amazon, the Himalayas and East Africa to direct.

The photojournalist and filmmaker opened up to Cinestaan.com about making documentaries on the environment, transitioning from environmental science to filmmaking and judging films for this year’s edition. 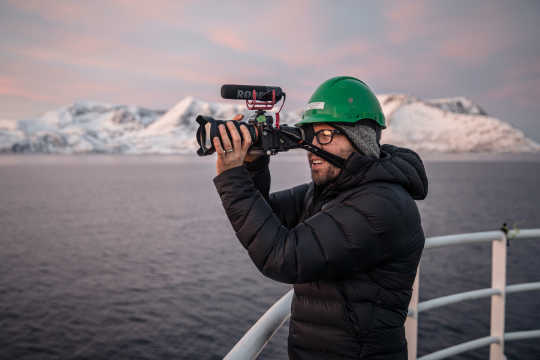 How did you make the change from environmental science to filmmaking?

I got into environmental science because I cared personally about these issues. I grew up on 12 acres of woods in rural Appalachia, on the east coast of the United States, an area that was very poor and remote. I fell in love, at an early age, with wild places and the outdoors. It felt like part of me and my home. That helped me at a very early age to extend moral consideration to the non-human world.

It was also a place that had been impacted by industrial extraction for a hundred years. When I was growing up there, [it] was being impacted with great harm done to both the natural world and the human residents that were there. I saw, at a very young age, what happens for these places, and [had] a sense of responsibility to do what I can do to protect the natural worlds. It’s always been about story for me, even before I became a storyteller [and] was working as a scientist.

But the reason why I made the transition is I came to see that we already have so much of the science, policy and technology that we need to make a transition towards a more sustainable world, and more often than not, we’re not doing enough with it. I think, as a researcher, that’s enormously frustrating. We want to believe that if we just know that these problems exist, and we know that there are solutions, that somehow they are just going to happen.

That’s not the way people come to care about issues. They come to care through very personal stories like I did. It’s not the way change happens in society. We don’t just know something is better and we go and do it. We’ve got to engage power to be able to create change.

I saw storytelling, and in particular, visual storytelling – media, photography, filmmaking, journalism – as a way to make a difference and have a much bigger impact, than I could by writing scientific papers alone. Those are important but they are only important if they are put in tandem with great stories that are targeted towards change.

Why was your interest piqued by filmmaking?

I was lucky enough that, as a kid, my dad was a photographer. I’m lucky enough to have been inspired at a young age. Whenever I was thinking about making this transition in media, I first thought of photography because that’s what I knew.

We’re seeing great films out there, particularly documentary films that come from individuals that didn’t go to film school, and maybe didn’t even have that much money. But they did have a passion for the issues that they were working on and a willingness to go out there and learn everything they could online and practise it in the field.

Your films balance compelling real-life events and pressing environmental issues. How do you choose your subjects?

The goal is to tell these large, abstract issues in a really personal and memorable way. For me, the only way to do that is to tell it through the lives of characters.

I do narrative-focused films, as do many environmental filmmakers. When I am looking for [someone] being impacted in some personal way about the issue. I don’t want to just hear from somebody that just cares about it, but has a known connection to it.

Great films are about individuals taking action, so what is it that they are doing that’s going to impact this issue in some way. How do they find hope and where do they go to create change? So I’m interested in people, not just talking, but are doing.

If the character that we’re working with is removed, they are only showing us what they think and not what they feel; then the audiences are going to think and not feel. The goal of all filmmakers is to evoke some sort of emotion from audiences, but especially important in environmental issues, you want people to care and act. Connecting to their emotional side is essential, and the characters that we choose are going to make a big difference in our ability to do that. 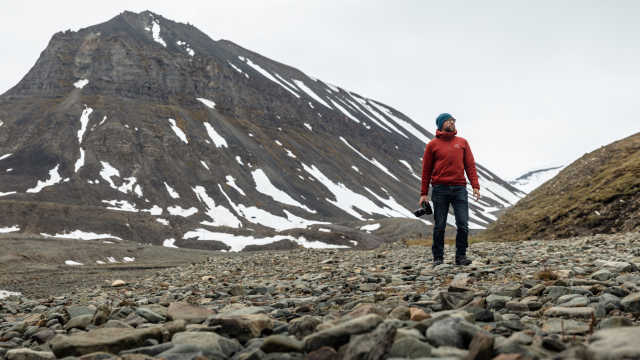 What was your goal in setting up your own production company Interdependent Pictures?

I want to make the best possible looking films that I can so obviously part of the goal is to make great films that entertain people. Learning about how to make a great film and how to make it in such a way that it captures people’s imaginations and their attention is essential.

But that’s not my why. I do what I do, and this is true for a lot of environmental filmmakers, because I hope, in some small way, to contribute to making a difference around these issues. For so many of these issues, we’ve got a relatively short window in which to make a meaningful impact. Climate change is the biggest one of these. We know that every day that goes by that we don’t act, we lose more of our ability to act down the road and we are going to sustain more impact.

The way to do that is to have films that show solutions, show hope and connect with as many partners as possible. When you’re making these invisible actions people are taking visible, you [should be] connected to non-profit organizations, educators and policymakers so that they can use the film in the space that they operate in to drive attention to this issue, to get people to vote differently and act differently.

Networking and coalition building is an essential part of what I do and occupies most of my day. I may be making films, but because my goal is impact, I spend a lot of time thinking, talking about and working on how to make these films make a difference.

Tell us about your experience as a jury member for the upcoming All Living Things Environmental Film Festival.

It was a wonderful experience. I thought the selection of films that All Living Things Environmental Film Festival got were fantastic. There are talented filmmakers from all over the world, ranging from a spectrum of issues and approaches to filmmaking. There are some high-gloss films that are great and some low-budget films that are very real and gritty, and those are also great. I think the festival did a really great job pulling together a wonderful slate of films to watch.

At the same time, it shows a really great selection of jurors. We are all struggling with this question: what’s the best environmental documentary, the best environmental film, and what does that look like? I just thoroughly enjoyed the process and the conversation, and I hope that the conversations we were having as jury members are the sort of conversations that people are having, the audience members are having after they go in and they watch a few of these films and they ask themselves, what is the role of filmmaking? How do these things make a difference? What makes a good film in this context? I hope other people engage with those questions as well.

Do you think the film industry and filmmakers can help tackle climate change?

If you are making fiction films, then pick out some issues that you think are really important to you. There are so many social and environmental issues, and they are all interconnected. You can still tell an excellent story – it could be a murder mystery or it could be an adventure film, but you’re weaving critical issues into it and that can make a really big difference. There is a way for narrative filmmakers to be able to integrate this into what they do.

If you are on the documentary side of things, [choose] an issue that you know about, you personally connect to in some way. More and more people want to know why the filmmaker did what they did. So picking an issue that you care about, choosing characters that also care about these issues that are being impacted by them and they are doing something about them is essential.

Finally, connecting [with] as many organizations as possible to get these films seen broadly, but also to have targeted screenings in communities that are impacted, organizations that vote on these issues or make policy on these issues, any way you can to get these films in front of audiences that make decisions about it and curating the conversation that happens afterwards so that these films are more than just entertainment. All of those things are essential.