The film, directed by Kabeer Khurana and produced by Raakesh Desai, will also be screened at the American festival virtually in January 2022.

The short film Cuddles, starring Jamie Lever and Viveck Vaswani, will compete at the 10th DC South Asian Film Festival, which is being held between 16 and 30 January 2022.

Cuddles has been directed by Kabeer Khurana and produced by Raakesh Desai. It will compete in the Best Short Film Jury and Best Short Film Audience Poll categories. Due to the ongoing COVID-19 crisis in the United States, the upcoming edition will be held virtually.

Cuddles sees Jamie starring in her first short film. Komal Chhabria is also part of the cast. The short film was shot and completed earlier this year. 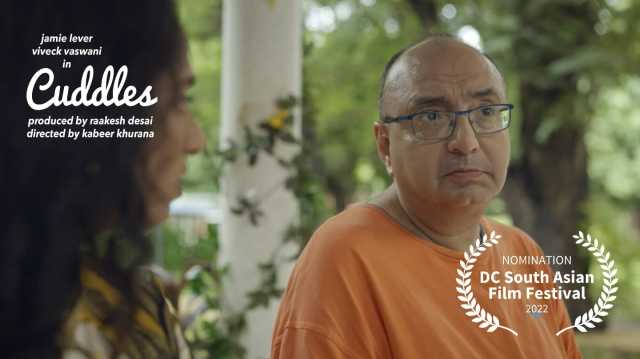 Desai stated that it was an honour to be nominated. "It is my production, from the very beginning I loved the story and wanted to be a part [of it]," he told Cinestaan.com. "Kabeer, his team and the cast did a fabulous job and in record time. I am glad to see Cuddles bring us joy on our faces."

Khurana said that he was “super stoked” to see his tenth short as a director get selected for the festival. In a statement to Cinestaan.com, the young filmmaker said, "They have a reputed advisory board and a great team working behind the scenes of the festival, which makes it all the more interesting for me as a filmmaker. I can't wait for the film to be screened at the festival. Cuddles belongs to the crew behind the film — the co-writer Avirat Parekh, EP Raj Chhabria and cinematographer Chehek Bilgi."