IFFI 2021: Ananth Mahadevan presents Bittersweet and The Knocker in the Indian Panorama


The filmmaker is attending the festival for the fifth time. This time he is one of the few directors to have two films showing at Goa.

Photo: PIB India
give your opinion

Ananth Narayan Mahadevan was elated to take two of his projects, Bittersweet and The Knocker, to the 52nd International Film Festival of India (IFFI) in the Feature Film and Non-Feature Film categories of the Indian Panorama section.

“It is one of those rare cases where a director has two films selected for IFFI,” Ananth said. “I am extremely grateful to IFFI for having me here for the fifth time.”

The feature film Bittersweet stars Akshaya Gurav as a 22-year-old sugarcane cutter Suguna, who, along with her fellow workers, gets trapped in a situation they can neither avoid nor escape. 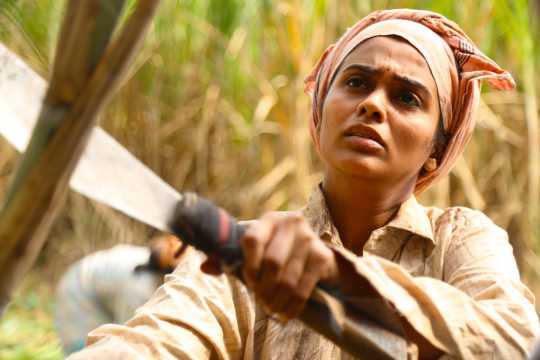 “It is the story of India’s blood-sugar. It’s how bitter the sugar we use can be in real life,” the filmmaker said at a press conference for the film yesterday. Bittersweet, particularly, points out the suffering of the women of Beed, a district in Maharashtra.

Ananth said that as the country raced to become the world's top sugar exporter by inching out rival Brazil, the female cane cutters have had to endure a horrifying practice to keep up in the fields.

“The cane-cutting period is just six months in a year and they need to survive on the paltry salary they receive during harvest time for the rest of the year," he said. "So women cutters can’t afford to lose even a single day. Unfortunately, due to the biological process of the menstrual cycle, they lose three to four days every month. To avoid this loss, a strange practice started about 10 years back in the villages of Beed,” he said.

Quacks who migrated to Beed from Uttar Pradesh and Bihar began advising the women to undergo hysterectomies, telling them the surgery would help them avoid the pain during the menstrual cycle every month as well as the loss of wages during those days, possible growth of tumours in the uterus and other medical issues in later life.

“As a result of this heinous practice, today young girls like the protagonist in the film are undergoing the surgery," he said. "This is a story of survival, a story of changing the biological cycle that absolutely shakes you up.

“In the film a government officer is probing the issue, but none of the women comes forward for fear of loss of her job in the field as it is the only source of income,” the filmmaker continued. “They say they are doing it willingly. That is the most frightening truth, which also makes lawmakers and social workers helpless to take this up. [The] powerful sugar lobby is also a hindrance.”

At the press conference, which was also attended by producers Suchhanda Chatterjee and Shubha Shetty, Ananth stressed that we shouldn’t turn a blind eye to human problems. He said he became intrigued by the subject after reading a headline in a newspaper about 'a village of women without wombs'.

“I probed further and went into the lives of woman sugarcane cutters. Whatever I have shown through my film is the real story of those women. I have portrayed it in the most honest way,” he said.

Ananth's other film, The Knocker, is a short film on a man’s loneliness and solitary confinement and the inner struggles it gives rise to. The issue was highlighted during the COVID-19 pandemic where the loss of human connections became evident even as people connected digitally.

At a press conference to discuss the film, he said, “In cities, we have become insensitive to life outside our periphery, we have become hyperactive and hyper-emotional within ourselves. Loneliness has become a serious disease all over the world and it is affecting a lot of minds. It is something that has to be paid attention to before it goes out of hand.”

The Knocker features the filmmaker as a man living alone who becomes curious when he hears a knock on his front door and finds no one outside.

He explained, “The film poses the question: is the knocker outside or inside you? It becomes abstract because the protagonist gets confused between reality and imagination. A psychological drama of the mind unfolds and the protagonist has to figure out how to solve it.” 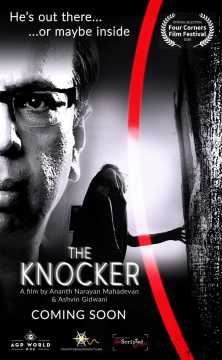 Like with Bittersweet, Ananth was inspired to make the short after reading about an American man who lived all alone in a villa. He wanted to explore the plight of creative people who live in cities and what happens to them when they imagine things when they are alone.

Ananth made the film by himself during the countrywide COVID-19 lockdown last year and it was quite a learning experience for him. The film, which was shot in black and white for a noir feel, helped him get through the lockdown.

“It was a tough job trying to do this film alone,” he said, of having no help. “I had to do things like setting a dummy in a chair, going behind the camera, setting the camera focus and coming back to remove the dummy and sit there myself, even trying to move the handheld camera on to myself and even as a point of view, so that it doesn’t look like one of those selfie films.”

The filmmaker aims to bring the short to a digital platform to reach more viewers.