We carry stigmas within ourselves: Ashish Vidyarthi on his Tryst With Destiny


The motivational speaker, traveller, foodie and actor speaks about the complexity and psychology of Prashant Nair's anthology.

While technical glitches are increasingly part of media interviews in the post-pandemic era, Ashish Vidyarthi's patience was a pleasant change. The veteran actor makes an impact as the wounded, insecure Galava Mudiraj, an industrialist and wealthy man who still faces discrimination because of his skin colour. The web-series was premiered on SonyLIV on 5 November, the same week the actor spoke with Cinestaan.com on the phone.

Travelling in Uttarakhand at the time, Vidyarthi said, "I am looking at exploring whole new ways to tell stories and interact with people and life. Right now, I am in Uttarakhand with a dear friend. A couple of 50-year-olds, we are travelling together after 40 or 45 years and some very interesting stories are being created right now."

A veteran of the film industry and a National award-winner (for Best Supporting Actor, Drohkaal, 1994), Ashish Vidyarthi has adapted and moved into the digital era with ease. Prashant Nair's Tryst With Destiny sees him join a cast that includes Vineet Kumar Singh, Jaideep Ahlawat and Suhasini Maniratnam in a blend of stories about India's bleeding wound of stigmas.

The actor said, "When I saw what Prashant had created, I said he has touched upon a topic which is prevalent but not discussed. It is brushed under the carpet. It is something each of us has felt and experienced in our lives. I loved the way he has created a story around it, how he has given the character which makes choices in his life which leads to the denouement of the film."

After suffering an insult due to the colour of his skin, Vidyarthi's vengeful industrialist seeks revenge through emotional means. Unfortunately, it ends up driving him deeper into isolation. This, Vidyarthi explained, is the result of 'carrying stigma'.

"The choices he makes trap him in the same cycle which he tries to escape," he said. "Each of us has some emotions and feelings which don't make us feel good about ourselves. They don't make us feel good about life. What he has done in the script is that these notions play a role far beyond what we ever expected. We may become older, richer and successful, and have all the things others may be pining for, and yet those emotions become our Achilles heel." 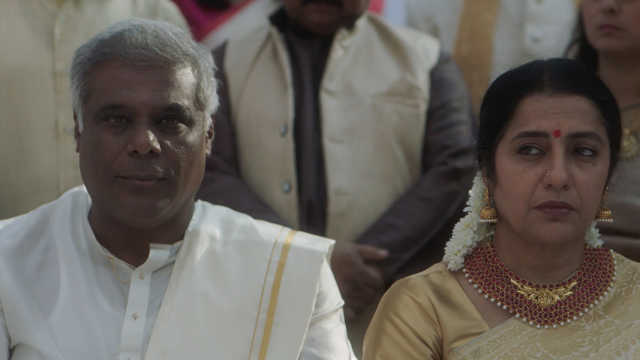 Titled after the late prime minister Jawaharlal Nehru's famous speech made on the occasion of India becoming independent, Nair's anthology is a reminder large parts of India still live crushed under slurs and stigmas. Vidyarthi said with the optimism of a motivational speaker, "The question is, do stigmas follow us or do we carry them? I always give an example that if somebody calls you a donkey, do you like it? We feel cross about it. If someone calls you a giraffe, you would be amused. The slur of the donkey is there within each of us. The giraffe, we don't consider it a slur, so it does not sit with us."

Yet, the problems of Indian society cannot always be cured by inherent optimism and individual effort. Prodded on the role of society and the need to awaken ourselves to such injustices, the actor said, "Consider that you cannot shut the mouth of the world. People will say what they say. At best, they will not say it in front of you. People always say things that are not good. If I have to wait for people to stop saying bad things for me to feel good, then my wait will be for eternity.

"Galava [the character played by Vidyarthi], on the other hand, holds that sting. If you feel that sting as he does, you will find your own antidote. It might not always work."

The changing horizon in the past two years has reawakened the actor's need to adapt. Speaking of the experience, Vidyarthi said, "For me, it brought back that human victory, that human beings get so used to creature comforts that we start believing it is our right. Suddenly, when it is taken away — and you could complain to no one, it was a virus, the virus did not listen to us — it allowed us to realize we need to stop throwing our weight around."

The key, he said, is learning to adapt to life 'as it is'. The best example is, perhaps, the shift for many storytellers to the exploding OTT platforms, "the very fact that the OTTs have erupted, and they are allowing filmmakers to tell stories which are unique, actors like me to get roles which are deeper and more varied than what we were being offered before".

Currently, the actor is balancing his YouTube channel, where he posts his motivational speeches, and his travel bug. "I am also passionate about food and have visited some diverse places," he said. "[My channel] is called AshishVidyarthiOfficial, and the other one is being launched on 6 November. My first vlog is @ashishvidyarthiactorvlogs."

Yet, acting remains an abiding interest. With about half-a-dozen projects in the pipeline, including Vishal Bhardwaj's Khufiya, the veteran is optimistic about the future.