Mala Sinha, born Alda Sinha on 11 November 1936, began acting as a child in Bengali cinema. She got a lead role with Ardhendu Bose's Roshanara (1952) and later moved to Bombay to try her luck in Hindi cinema.

Beginning with Amiya Chakrabarty’s Badshah (1954), Sinha began to make her presence felt in Hindi, with small roles at first before going on to play a wide array of important roles. While at the top of her game in Bombay, Sinha also acted in a number of Bengali films from the 1950s to the 1970s, but much of her acclaim came with her parts in Hindi cinema.

She acted opposite the top heroes of her time from Uttam Kumar to Manoj Kumar, Sunil Dutt to Biswajeet. Even after her marriage to Chidambar Prasad Lohani on 16 February 1968, Mala Sinha continued acting. Lohani and Sinha both acted in a Nepali film Maitighar (1966).

At the height of her career, Sinha took on parts that most actresses would think twice about, and was not afraid of playing grey characters that could alienate audiences. On her 85th birthday, we revisit 10 outstanding roles from her career in Hindi cinema. 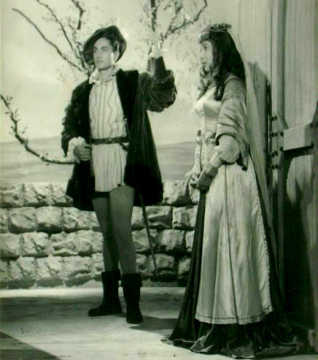 When Mala Sinha played Ophelia in one of her earliest Hindi film roles in Kishore Sahu's Hamlet, she was only 18. Naseem Banu, mother of Saira Banu, had played the same character in Sohrab Modi’s Khoon Ka Khoon (1935). But the difference, as author Andrew Dickson pointed out, was that “Sahu and Sinha dared to make Ophelia a strong-willed Bollywood — perhaps even a Hindu — heroine.” Dickson noted that in Laurence Olivier’s 1948 version, actress Jean Simmons did not enjoy the equal status Sinha had in the Hindi Hamlet opposite the 39-year-old Sahu. 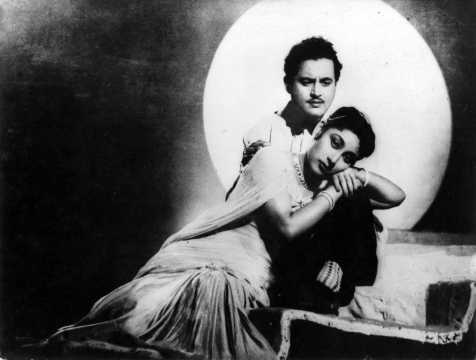 Sinha had only been in Hindi cinema a few years when she was cast in Guru Dutt’s Pyaasa, stepping into Nargis’s shoes when the reigning star backed out of the project. Sinha played Meena, college sweetheart of impoverished poet Vijay (Guru Dutt) who marries a rich publisher (Rahman) for money. Despite playing an unsympathetic character, the young actress was able to hold her own against Guru Dutt and Waheeda Rehman as Gulabo in the all-time classic. 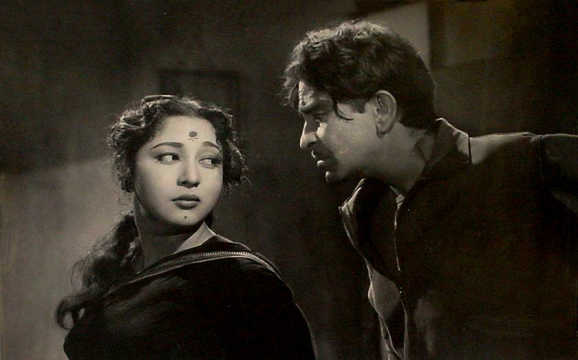 In this adaptation of Fyodor Dostoevsky's Crime and Punishment directed by Ramesh Saigal, Mala Sinha got to act opposite her favourite star, Raj Kapoor. Sinha played Sohni, whose brother is saved by Ram (Kapoor) who is willing to do anything for her, even commit murder. Sinha's understated performance in this hit brought her bigger and better fleshed out characters in her career. 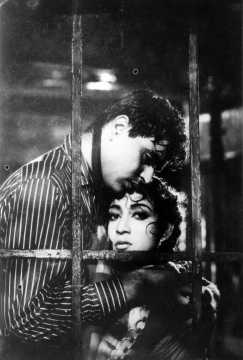 In Yash Chopra’s directorial debut, Mala Sinha played unwed mother Meena who gives up her baby when her suitor abandons them both. It was the first time Sinha was nominated for a Filmfare award for Best Actress. She never won the ‘black lady’ despite being nominated four times.

Sinha’s father Albert managed her career and made sure his daughter had strong roles in her films, just as the heroes did. It led to Sinha taking on more unconventional roles than most actresses of the time. 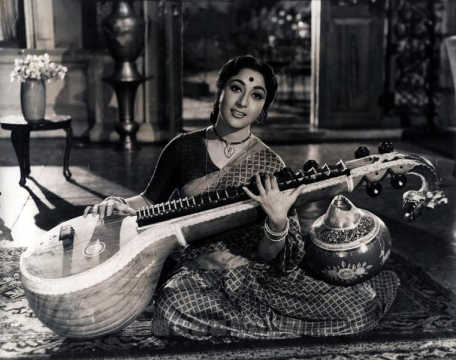 The 1992 Anil Kapoor-Madhuri Dixit-starrer Beta owes a great deal to 1963’s Bahurani. Starring Mala Sinha, Guru Dutt and Feroz Khan, the film revolves around two half-brothers, one callous, the other simple. Sinha played Padma, the brave young woman who challenges Vikram (Khan) and inspires Raghu (Guru Dutt) to take his rightful place in the family home. Sinha was nominated for Best Actress at the Filmfare awards but lost out to Nutan, who was outstanding in Bimal Roy’s Bandini that year. 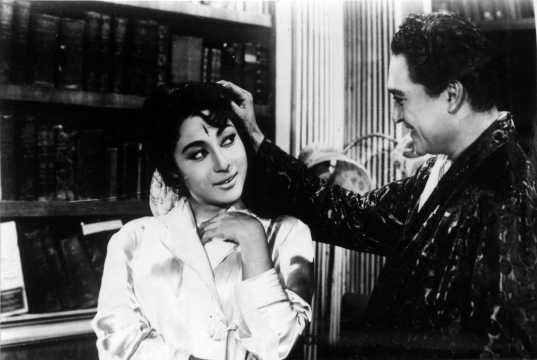 After working with younger brother Yash Chopra, Mala Sinha got another spectacular role to show off her prowess with BR Chopra’s Gumrah. The Hindu newspaper wrote of her bold performance, “Her role demands a controlled performance and she is flawless. She plays the lover with the same finesse that she brings to her portrayal of a dutiful wife.”

Sinha played Meena (yet again!), a young woman who gives up her love for Rajendra (Sunil Dutt) to marry the husband of her late sister. After marriage, she realizes that her feelings for Rajendra persist and she continues to meet him. Once again, Sinha took on a role with negative shades as the controversial film dealt with adultery. 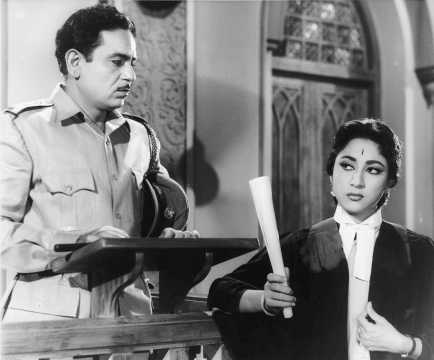 In this weepy melodrama directed by A Bhimsingh, Mala Sinha played Shanti, a lawyer who defends her former lover Raj (Dharmendra), who is accused of murder. The state is represented by Shanti's own father, the formidable public prosecutor Hukumati Rai, played by Ashok Kumar. The dramatic scenes between father and daughter in court allowed Sinha the opportunity to show her mettle again. 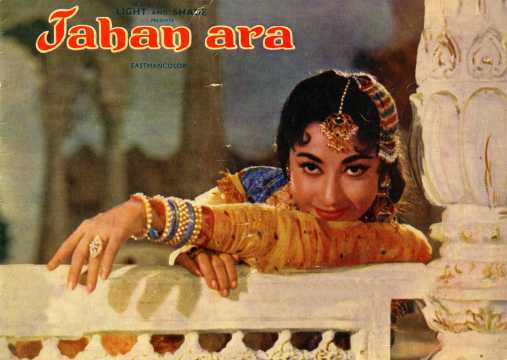 Director Vinod Kumar’s historical film on Jahan Ara, daughter of Shah Jahan and Mumtaz Mahal, was an unusual movie in that it focused on a lesser known name from history. The period film, with timeless music by Madan Mohan, had a strong cast with Prithviraj Kapoor as Shah Jahan, Achla Sachdev as Mumtaz Mahal, Bharat Bhushan as Mirza Changezi and Mala Sinha as the titular character.

Sinha was luminous in her performance as the dutiful daughter who shoulders the responsibility of the family after her mother’s death in a part originally turned down by Meena Kumari. However, the film came too soon after the classic Mughal-e-Azam (1960) to which comparisons were inevitable. 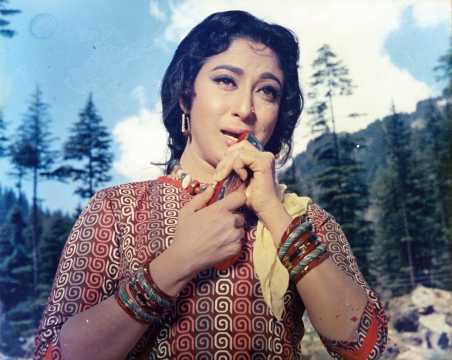 This hit film, directed by Vijay Bhatt, had Manoj Kumar, Mala Sinha and Shashikala in pivotal roles. Sinha played a village belle, Phoolwa, from the Himalayan region. Though she played an archetypal role here, she managed to put her own stamp on the part in the romantic triangle between Manoj Kumar’s Dr Mehra and Shashikala’s Neeta, his fiancée. She won her second consecutive award for Best Actress from the Bengal Film Journalists' Association; her first being for Jahan Ara. The film itself won the Filmfare award. 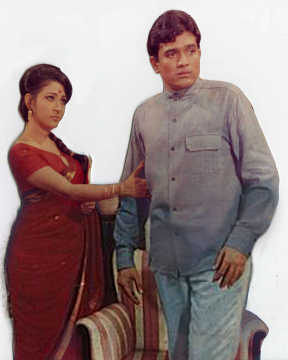 In one of her last major appearances, Mala Sinha took on the double role of separated twins Laxmi and Lalitha opposite Raaj Kumar and Rakesh Khanna. The sisters are unlucky in love, leading to several misunderstandings and prolonged separations between the pair. The film was among the 17 consecutive hits of Khanna, a series that began in the late 1960s, though he had a smaller role than that of Raaj Kumar or Sinha.