The celebrated director and actress, who turned 76 last month, sheds light on her craft, out-of-the-box themes and worldview.

Photo: Courtesy Shoma A Chatterji
give your opinion

Aparna Sen, who began her journey in cinema with a sparkling debut as the tomboyish teenage bride in Satyajit Ray’s Samapti, the last story in his Tagore anthology Teen Kanya (1961) when she was 15, has come a very long way as one of the most outstanding filmmakers within South Asian cinema.

She was once among the top actresses in Bengali cinema and still acts occasionally. But direction is her forte, and she has been helming for forty long years, having made her directorial debut with the English film 36 Chowringhee Lane (1981) which won the National Film Awards for Best Direction and for the Best Feature Film in English. The film also won the Grand Prix at the Manila International Film Festival in 1982. This was just the beginning of her award-winning spree. 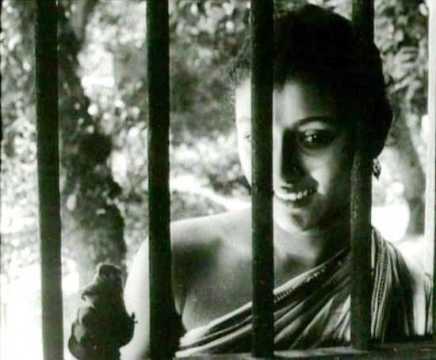 As an actress, she ruled mainstream Bengali cinema for more than 25 years. As a director, she has graced the screen with her rare insight into unusual human relationships. Over the years, she has emerged as one of India’s major filmmakers. Along with Buddhadeb Dasgupta, Raja Mitra and Goutam Ghose, she belongs to the ‘young’ Calcutta school. Together, yet not quite together, they tread the path of meaningful cinema as an aesthetic expression following in the footsteps of Satyajit Ray, Mrinal Sen and Ritwik Ghatak.

Aparna is unique in that not one of her films can be compared with others. After the thundering critical acclaim Mr & Mrs Iyer (2002) received, with several National awards and some international ones too, Sen was all set to make her first Hindi film Gulel with Ajay Devgn and Saif Ali Khan. The project fell through, first with the banner Pritish Nandy Communications backing out and then with the two principal stars revealing their reluctance to work in the film. Sen then shifted to the making of another film in English, calling it 15 Park Avenue (2006) with an impressive star cast spanning three generations of actors – local, national and international.

Recalling how she got to direct her first film, Aparna said, “I did not know direction, but I saw vivid pictures in my mind and I was unafraid to ask questions. I was already dissatisfied with the roles I was playing. I had made up my mind to do something more creative, attempt writing short stories. But because I am not a professional writer, the short story resembled a screenplay. Then, I began to write a short story that evolved into a screenplay. I discovered that I was writing in pictures more than in words. I wrote the entire screenplay in English. After reading it out to some friends, I decided to take it over to Satyajit Ray. He liked it very much, said there was a lot of heart in it and advised that I make the film myself. He suggested that I contact Shashi Kapoor who was funding middle-of-the-road cinema in those days. I wrote to him, he called me to Mumbai and 36 Chowringhee Lane was born. Jennifer [Kapoor] loved the screenplay and heard it ten times. That was how I directed my first film. If I were to re-shoot this film, I would not change the content because I agree with Ray that there is a lot of heart in the film. If I were to make the film now, I’d edit it differently.”

Aparna received the Best Actress Award for her performance in Mrinal Sen’s Mahaprithibi (1991) at the Moscow Film Festival. She has also acted in the films of relatively young directors today such as Rituparno Ghosh's Unishe April (1994) and Titli (2002), Srijit Mukherjee's Chotushkone (2014) and Ek Je Chhilo Raja (2018) and Suman Ghosh’s Basu Paribaar (2019).

Over the years, her films are marked by out-of-the-box plots and themes that, in some way or other, boil down to a delicate weaving of human and humane interrelationships that span an entire map of themes and subjects. These include the marginalization of an Anglo-Indian teacher in 36 Chowringhee Lane, the consequences of a devoted housewife from an upper-middle-class Bengali family with three growing children sliding into an extra-marital affair with a young photographer, a politically contemporized musical adaptation of William Shakespeare’s classic Romeo and Juliet, the gradual erosion of a marriage between an advertising man and a talented Odissi dancer, which is a microcosm of the decay happening around them at the same time in Yuganta (1995), and Ghawre Bairey Aaj (2019), a post-modern interpretation of the Tagore classic Ghare Baire that is set amid the current political ambience of the pressure created by the Hindu Right on the nation.

“Ghawre Bairey Aaj is the creative result of the anger that simmered within me following the killing of Gauri Lankesh in cold blood by right-wing Hindu fundamentalists. I dedicated the film to Gauri Lankesh. The film defines my personal anger at the way secular-minded intellectuals are not only dubbed 'urban Naxals' but are also killed in cold blood,” said Aparna.

On the other hand, 15 Park Avenue studies the impact of a gang-rape on a young, promising journalist whose mental aberration becomes full-blown and incurable after the incident. Konkona Sensharma portrays this journalist Meethi who once again portrays a rape victim in her mother’s latest film, in Hindi, The Rapist, which recently bagged the Kim Jiseok Award at the Busan International Film Festival.

“Like all my films,” said Aparna, “this film dealt with the delicate threads woven into human relationships. Like all my films, love is the bottom line. It is the story of two non-Bengali sisters living in Calcutta. They are distanced in terms of age, education and intellect. The older sister, played by Shabana Azmi, is a professor while the younger one, played by my daughter Konkona, is a schizophrenic. Waheeda Rehman plays the mother and Rahul Bose plays Konkona’s fiancé.”

Birthday special: Aparna Sen on the making of her directorial debut 36 Chowringhee Lane

“It is about the reality of a schizophrenic and what we call normal reality; 15 Park Avenue is an address the schizophrenic girl is looking for and becomes a metaphor for a search we all undertake for something elusive, it could be happiness, if you will,” she added.

Asked how difficult or easy is it for Aparna Sen the director to control, guide and work with Aparna Sen the actress, she said, “Very, very difficult! Firstly, film direction is extremely strenuous work! One gets completely exhausted by the time one has completed the shoot. To take on an acting assignment in addition is really tough. And I am a very hands-on director. I mostly do the production design of my films myself and am extremely involved in every department of filmmaking. It is very difficult to concentrate on my role as an actor when I have a hundred other things to worry about! Besides, I can't see myself while acting except on the monitor after the shot. So as an actor in my own film, I don't get the benefit of my own directorial supervision. The only upside of acting in my own films is that having written the script, and usually the story too, I know all the characters inside out. Sometimes it is easier to play a role myself rather than try to extract a difficult performance out of some indifferent actor.”

And what about her latest film The Rapist? The filmmaker said, “The Rapist is an exploration. The germ of the idea and set me on this path was, ‘Why does a man become a rapist?’ He is not born a rapist. He goes through infancy, childhood and youth with a fair amount of innocence. Is it his surroundings that make him like this? Is it some incident in his childhood? Is it genetic? These are the questions that were in my mind, and these are the questions I have put into the film. This is not a case of me preaching for or against anything. I don’t take any sides. In fact, Variety magazine said that this is such a matter-of-fact film where no sides are taken. Every character has many shades of grey. And I take that as a tremendous compliment because that was my intention for the film.”

She said she focused on the term “restorative justice” with reference to an exploration of the psyche of the young man accused of the rape of two young women in the film of which, one dies. “I did not want the film to be sentimental in any way. I am not justifying rape or the rapist. I am not even saying that this or that should be the penalty for rape. It is an exploration of why people rape. Even if they have had very extenuating circumstances in their childhood, rape can never be justified. But correctional devices are possible. Over here, people just bay for blood. Suppose a man has raped and killed. It is an open and shut case. He will either be given life imprisonment or the death penalty. So many countries have abolished the death penalty. Why? There must be a reason. I don’t think the death penalty is the answer. But then what is the answer? Frankly, I don’t know. More than anything else, this film poses questions to the audience. It will be a conversation starter in many ways.”

Delving into the use of technology in cinema, she said, “I feel that technology should be a vehicle for conveying the vision of the director; it should not attract attention to itself for its own sake. Having said that, I also feel that it is very important for directors to be familiar with the latest developments in film technology so that they can use these to enhance their creativity. Film is, after all, not merely storytelling even though the narrative does play a very important part in cinema as it exists today. Even if we tell stories in our films, we must tell them through images rather than rely merely on dialogue. Why else did we choose the medium of cinema instead of doing radio plays or writing books to tell our stories?”

The auteur has been called many things but she hates being labelled a feminist. “I see myself as a humanist, not a feminist. Men have been a very important part of my evolution as a human being, a director and an actress. It began with my two highly principled and industrious grandfathers, continued through my father, Chidananda Dasgupta, film scholar, author, film historian and filmmaker who taught us to believe that once we had made up our minds to do something, nothing in the world could stop us from doing it. My mother, too, influenced me with her fine sense of aesthetics who won the National award for Costume Design for a film directed by my father. My husband Kalyan complements me, understands my work and me and gives me a lot of space. I respond to him the same way. So frankly, I have no reason to hate men. I have no political agenda to present through my films and I do not believe in raising slogans for or against this or that cause. So please save me from such meaningless tags,” she said.

Shoma A Chatterji is the writer of the book Parama and Other Outsiders: The Cinema of Aparna Sen, published by Parumita Publication, which won the National Award for the Best Book on Cinema in 2002.